Trevor Donovan’s fans have a unique opportunity to be in his newest movie, Donovan’s manager has exclusively shared with Heavy. Donovan is about to start filming a new movie in early July about a singer who gets discovered when he goes viral on TikTok. Fans can be featured in the movie, and all it takes is a selfie.

Donovan’s manager, Michael Yanni, shared exclusively with Heavy that any fan who takes a selfie with Donovan during the next RomaDrama Live convention — June 24-26 — will get a chance to be featured in his next movie.

All they have to do is take a selfie with Donovan and email it to an address that Donovan will share during the convention itself.

RomaDrama Live! is taking place in West Palm Beach, Florida, this year from June 24-26 at the Palm Beach County Convention Center. You can sign up for tickets here.

The new movie — called “Just Jake” — is about an auto mechanic who goes viral on TikTok after he’s secretly recorded by a social media star. Donovan is starring as the title character, Jake, and he’ll also be co-writing and performing songs with several nationally known country music artists. He’ll start filming the movie in early July.

The winning selfies will be used during the movie to show Jake appearing with his fans at different events.

It’s not yet known where the movie is going to ultimately air, but it could be picked up by Hallmark, GAC Family, Peacock, UpTV, or even Netflix, Yanni told Heavy. 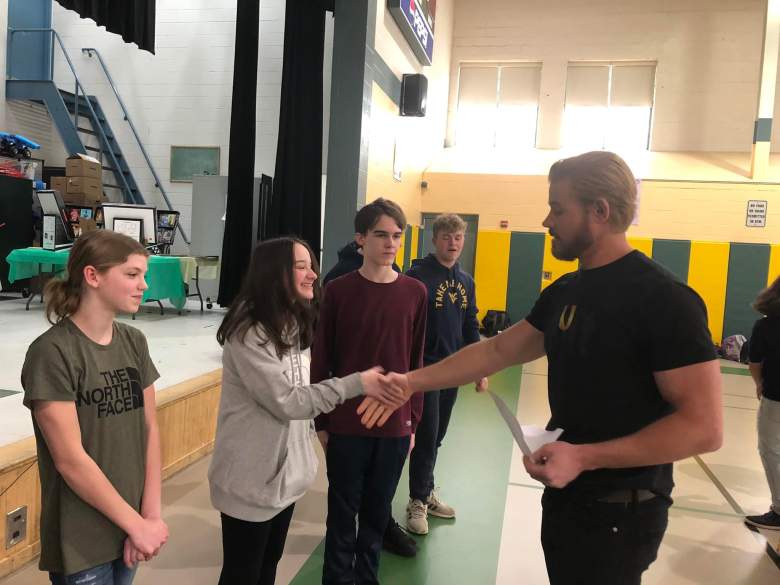 When Heavy exclusively interviewed Donovan in December 2021, he shared that one of his goals for 2022 was launching Team Upstanders.

“The foundation of [the program] is to inspire kids to stand up to other kids and rise together,” he said.

Yanni shared with Heavy that they’re now testing the program at one U.S. school and plan to launch it nationally in the future. In fact, the program is so successful that it’s already getting sponsorship offers from different companies and foundations.

Part of the program involves starting a Team Upstanders group at the school that’s run by 12 students, who also run a related TikTok account. If any student is bullied, that student can come to Team Upstanders for help. The students — with the help of a teacher and guidance counselor — will investigate what happened. The student or the Upstanders team may then make a video on TikTok about what’s happening, without actually naming the bully, and get the rest of the student body involved. The goal is to use social pressure and social consequences to encourage the bullies to stop their actions. 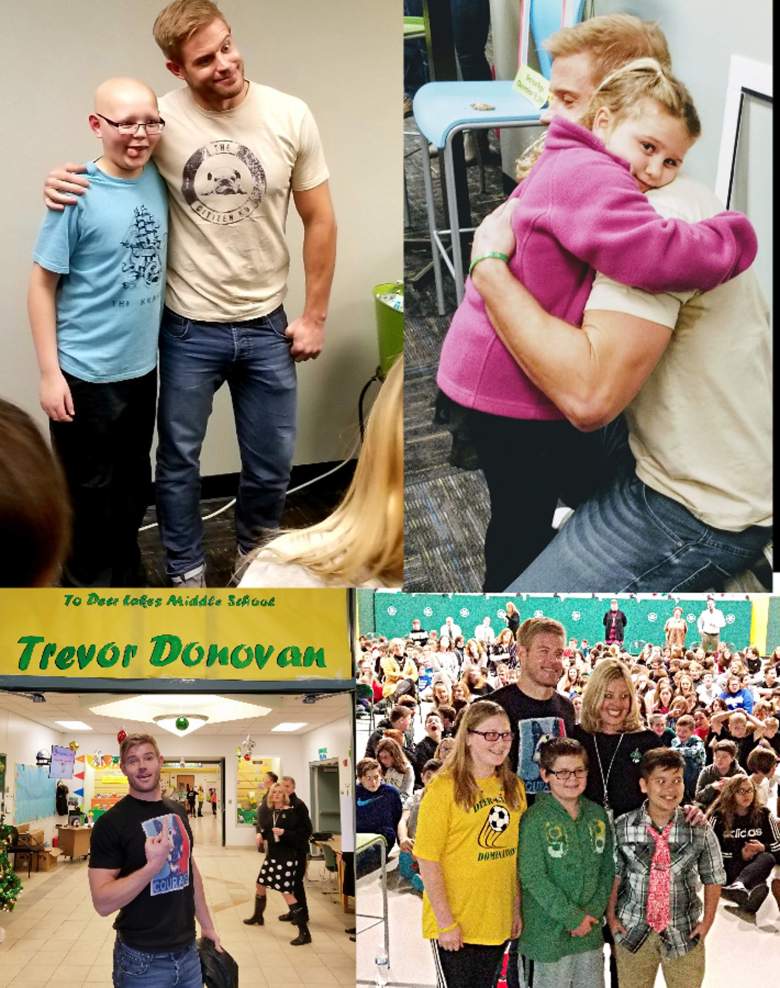 The program also involves getting involved with the community outside the school, such as helping at nursing homes or homeless shelters. The team earns money for helping the community, and they can cash it out at the end of the year with a big party.

Donovan not only helps launch the Team Upstanders outreach at the school, but he stays involved.

“He doesn’t go to the school and leave and never come back,” Yanni told Heavy.

Donovan has starred in many movies that Hallmark fans will recognize, including “Aloha with Love” (which aired on UpTV), “Jingle Bell Princess,” “Nantucket Noel,” “USS Christmas,” “Nostalgic Christmas,” “Love, Fall & Order,” “Snowcoming,” “Marry Me at Christmas,” “Runaway Romance,” “Love on a Limb,” and more. Some of his other credits include “The Baxters” (Ryan Taylor), “JL Family Ranch 2,” “Sun Records” (Eddy), “Melissa & Joey,” “90210” (Teddy Montgomery), “Days of Our Lives” (Jeremy Horton), and more.

He’s also starring in “Reagan” opposite Dennis Quaid, which is premiering soon.

Loading more stories
wpDiscuz
0
0
Would love your thoughts, please comment.x
()
x
| Reply
Trevor Donovan fans have a chance to be featured in a new movie he's filming in July.