“Home Town” star Erin Napier shared a glimpse at “country life” with her daughter in a cute Instagram photo. The HGTV star posted the photo of her daughter, Helen, feeding a chipmunk outside of their home, leaving his meal on a log near in their yard.

One fan commented, “That’s the sweetest thing! I hope y’all got to watch when the chipmunk arrived.” Another wrote, “That is going to be one happy chipmunk. What a delicious looking breakfast and what a sweet and kind hearted girl. 💙” And another “Home Town fan wrote, “She’s sure learning by watching her loving parents🥰”

Erin and Ben Napier often post photos of their daughters, but they’re careful to not show their faces or reveal too much private information about them. The Mississippi couple had a scare with a stalker in 2021, Erin Napier wrote on Instagram. She wrote, “I’m thankful for the way our neighborhood guarded us and put up a hedge of protection when we needed it and it further validated what I already knew: protect your kids in the online world much as you can.”

Erin Napier wrote in the caption of the Instagram photo, “Leaving a little breakfast for the chipmunk outside the dining room window 🐿 #countrylife.” The photo shows a feast of berries and nuts on a paper towel.

One commenter wrote, “He’s going to be full for days lol. The sweetest 😍” Another said, “Ohhh! Chippies love peanuts in the shell. It is so cute to watch them fill their cheeks.” In another comment a fan wrote, “That’s a healthy breakfast for her chipmunks.” And another wrote, “He’s gonna get fat!!😂 Maybe he’s bringing a friend too.😍 We have chipmunks and bunnies. And an occasional opossum too. They love us.😉”

Others shared their own experiences with animals. “We have a family of them that live under an old stump that’s covered in moss and mushrooms. It’s like a little fairy tale family. 🥰 They make us so happy to see them,” one fan wrote. Another wrote, “Mine pops out of the hole in ground for peanuts. You feed yours better. They’re so fascinating to watch. You’re such a great caregiver.” 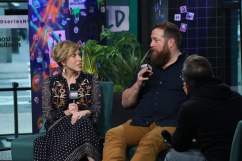 Erin & Ben Napier Have Been Working on Renovating Their Country House

Erin and Ben Napier and their daughters will be able to get a taste of country life often after the couple bought a home in rural Mississippi in 2021. They have been providing updates on the work they’re doing at the house on Instagram.

In a March 2022 interview with Heavy, Erin Napier said it will be a, “little getaway house out in the country.” Her husband added, “We call it a vacation house because we never leave Laurel, and so it’s our, this is our vacation house.”

Erin Napier told People they plan on staying in Laurel. “I can never not live in that house. I love it forever. But we were feeling it during quarantine. We have this tiny little yard in town for the girls to play in, but we grew up in the country, climbing trees and staying outside and not coming home until we were absolutely filthy at the end of the day,” she said. “And we want that for the girls.” 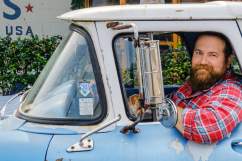