Dancing With the Stars contestant Jeannie Mai is engaged to rapper Jeezy, formerly known as Young Jeezy. They started dating in November of 2018, according to People. After she and the Atlanta rapper appeared in a photo together on Malika Haqq’s Instagram, Mai spoke about the bond that was growing between she and Jeezy on The Real.

“Jeezy and I hang out,” she said on an episode from January 2019. “He’s very special to me, so we don’t really have a label to define what it is we’re doing. We’re just having a good time together.”

Mai and Jeezy made their first appearance as a couple when they went to Jeezy’s first-ever SnoBall Gala in Atlanta, Georgia, which raises money for his nonprofit Street Dreams, in August of 2019.

After attending the SnoBall Gala, Mai spoke more in-depth about her relationship with the “Soul Survivor” rapper on the season six premiere of The Real in September 2019.

“I just got to know him in November,” Mai said. “He’s introspective. He’s passionate. He’s incredibly deep. He’s a visionary. He’s a great leader. He’s an amazing servant to his community.”

Mai, 41, added that getting to know Jeezy  “has been one of the most beautiful experiences of my life.”

“The things I’ve been criticized for my whole life and in my past relationships, ‘Jeannie you’re too deep, you think about things too much,’ ‘Why’s everything got to have a purpose?’ I’m not one for small talk or small conversations, I want to know, ‘Why do you think the way you do? What brought you to look at things the way you do? Who are you? Who’s important to you? And I found my equal.” 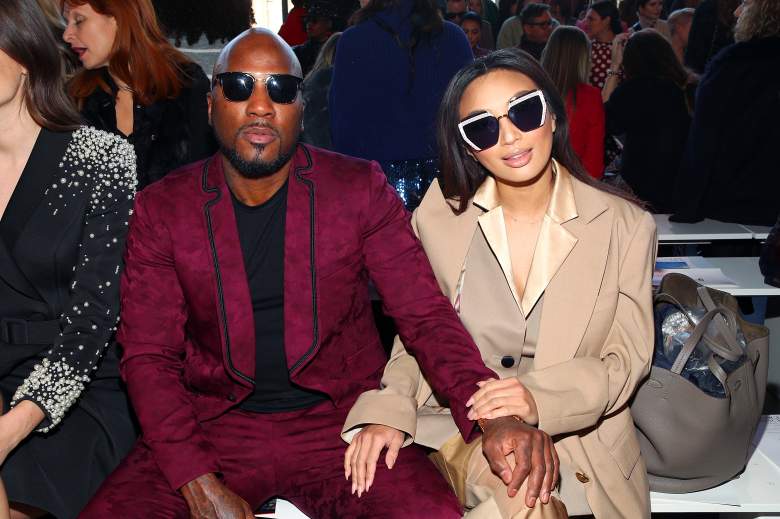 Jeezy had plans to propose to Mai during a trip to Vietnam but when the COVID-19 pandemic put a halt on international travel, his plans got ruined.

“Jeannie and Jay were set for a trip to Vietnam this April,” Mai’s representative told People. “What Jeannie didn’t know is that Jay was planning to propose.”

Jeezy then improvised and decided to pop the question during a Vietnamese-themed date night.

“Instead, Jay decided to bring Vietnam to Jeannie with a surprise quarantine date night in his home filled with Vietnamese food and decor,” her rep added.

“I want nothing more than to spend the rest of my life loving you….YES,” she said. “Thank you, everyone, for celebrating this journey with us. We are praying love over everyone from here.”

I want nothing more than to spend the rest of my life loving you….YES💍🤍 ⠀⠀⠀⠀⠀⠀⠀⠀⠀ Thank you, everyone, for celebrating this journey with us. We are praying love over everyone from here.

When she marries Jeezy, this will be her second walk down the aisle. She was married to Freddy Harteis from 2007 to 2017 and their divorce was finalized in 2018, The Blast reported. Jeezy has never been married.

Mai  Said Her Standards Were Low Before She Met Jeezy

On an October 2019 episode of The Real, Mai admitted that her standards were low when she met and married Harteis. She said she “only gave myself the bare minimum” and that Harteis was not the blame for what she allowed. While reflecting about how much that has changed, Mai became teary-eyed when discussing how the support she has received from Jeezy is so different from what she was used to during her marriage to Harteis:

“When [Freddy] said things like ‘good for you’ or ‘that’s cool,’ I’m like, that’s great, he supports me! That to me is my standard of support. I didn’t even know until my new relationship that something as basic …I’m not crying to feel bad. It was just so touchy. But even something as basic as, like, at his birthday party, he left his own birthday to drive me to the airport…he was like ‘are you kidding? I want to see you off.’”

Since their divorce, Harteis welcomed a child with girlfriend Linsey Toole in October of 2018, Page Six reported.