Jenni Farley was a proud “mawma” during New York Fashion Week. The “Jersey Shore: Family Vacation” star was front and center as her kids, Meilani, 7, and Greyson, 5, walked the runway at the Rookie USA show during the high-profile fashion event.

Meilani, who wore a Converse jacket with a skirt and colorful hightop sneaks, did a twirl at the end of one of her runs before waving at the camera. The 7-year-old wore an all-pink Nike sweatsuit in a second segment, while her brother Greyson was escorted by another young model as they wore coordinating Hurley jackets.

Farley shared footage of her kids’ runway romp on her Instagram page.  She captioned the post, “Had the absolute best time watching my babies crush it at @rookieusa.”

Farley’s fiance, Zack Clayton, also shared a look at the event on his Instagram page and wrote, “The kids CRUSHED IT …So damn fun to watch them succeed.”

Several of the MTV star’s friends reacted to the posts about the kiddie fashion show. Mike “The Situation” Sorrentino wrote, “So awesome,” while his wife Lauren posted smiley face emoji.

JWoww has Long Been Affiliated With the Rookie USA Show 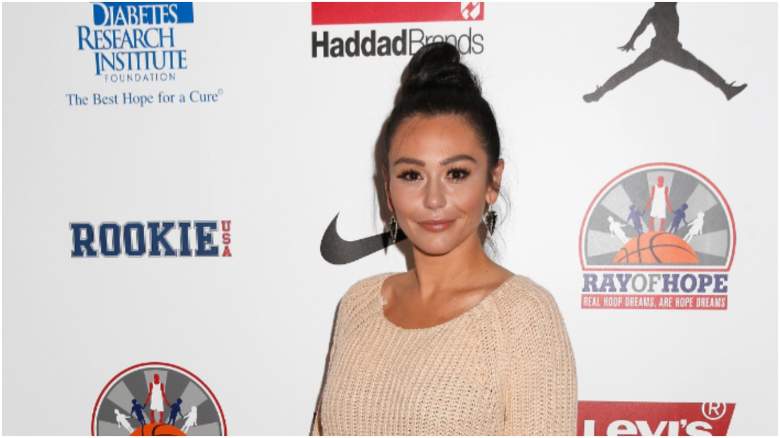 This was the 12th annual Rookie USA Fashion Show presented at New York Fashion Week, according to a  press release for the event. In addition to Farley, several other celebs had kids who participated in the show, including former New York Giants player Victor Cruz, Dr. Wendy Osefo, and Adrienne Bailon. Several professional child models also walked the runway to promote the kids-only premium retail experience.

According to Haddad Brands, Farley’s affiliation with Rookie USA goes back to at least 2017, where she was spotted in the runway audience along with other proud parents such as Kevin Jonas, Ice T, and “The Real Housewives of New Jersey” stars Teresa Giudice and Melissa Gorga.

Fans know that Farley’s kids, whom she shares with her ex-husband Roger Matthews, are no strangers to the cameras. They are often featured on their famous mom’s YouTube channel and have made cameos on “Jersey Shore: Family Vacation.”

But fashion could definitely be what’s in Farley’s kids’ future. Meilani also often poses with her mom for paid partnerships with the fashion brand NovaKids, and she has even partnered with her to sell coordinating “mommy and me” outfits at Farley’s New Jersey clothing store, Heavenly Flower, which launched in May the Garden Court at the American megamall, according to NJ.com.

“Heavenly Flower is based on my daughter’s name,” Farley told New Jersey Family in 2021. “Lani is heaven in Hawaiian and Mei is a plum blossom flower in Chinese. So Heavenly Flower was always an inspiration to me for a product line. My dream was to have a beautiful store named after my daughter with flowers all around that’s based on my daughter and actually the purples and pinks are all picked by my daughter. If there’s something that I can see in her future, this is it. I’m just the mom to make it happen but she’s the vision.”