Nicole “Snooki” Polizzi is headed back to TV—and not just for the upcoming season of  “Jersey Shore: Family Vacation.”

On the most recent episode of the “It’s Happening With Snooki & Joey podcast,” the 33-year-old reality star revealed she will be the host of a spinoff series on MTV following the success of Rob Dyrdek’s “Ridiculousness” series, which focuses on internet video fails. Snooki’s new series will be called “Messyness.” 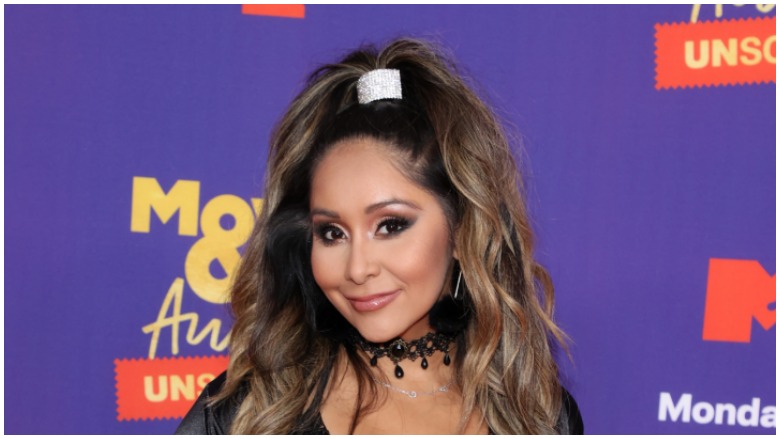 On her podcast with Joey Camasta,  Snooki revealed that she will soon be traveling to Los Angeles to start shooting her new show, which will be released on MTV later this year. “You guys, get ready, I’m hosting ‘Messyness’!” she said. “I’m really excited — this is the first time I’m hosting by myself.”

“This is always what I wanted to do,” she added. “We start shooting in three weeks in LA. Everything is coming forward — everything that I manifested because I always wanted to be a talk show host and eventually Oprah.”

The new series will feature clips of  “hot mess” moments that will be ripped apart by a panel of three critics. Joey explained the videos will be like things seen all over TikTok such as “girls drunk falling down….it’s going to be animals — all different things.”

“It’ll be kind of like ‘Ridiculousness’ but focused around being messy and a hot mess,” he said.

Snooki said that she hopes she can do “Messyness” for “a million seasons” and she mused about having a bar on set.

If “Messyness” is anything like “Ridiculousness,” Snooki may have just scored herself a very long gig. The Dyrek comedy clip series, which is co-hosted by Sterling “Steelo” Brim and Chanel West Coast, has been on MTV for 21 seasons over the past decade, per IMDB.

Snooki’s podcast co-host Joey will also be involved in “Messyness” as her hair and makeup guru.

Snooki previously told People that she never planned to leave television altogether and that she wanted to put a focus on hosting.

“I’m definitely not done with TV,” she said last year. “I want to do something that’s fun and entertaining. I’m actually in talks about doing other shows right now, maybe hosting some things.”

She also talked to Hello Giggles about why she was interested in a hosting career.

“I definitely want to try to get into hosting,” she said in 2020. “Like a fun game show or something, where I could do something fun with the people and it’s not all about me, ya know? I hosted MTV’s tattoo show…and that was really fun because it wasn’t just all me. I like having that break of not always being ‘on.’”