Nicole “Snooki” Polizzi is ready for summer! The “Jersey Shore: Family Vacation” star is keeping busy with both work and play as she promotes a fun Kraken rum campaign between the filming schedules for her MTV reality shows.

Heavy caught up with Polizzi to find out what she’s been up to, and she gave us the scoop on the “Jersey Shore” drama with Angelina Pivarnick as well as details on how to score a free rum drink this summer while helping bartenders across the country.

Read on to find out what she told us: 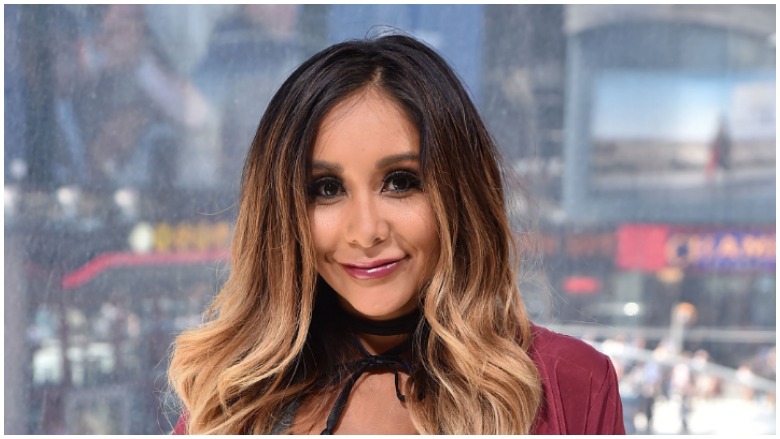 HEAVY: Hey Nicole! How are you?

HEAVY:  So…I know a big factor in your decision to step back from ‘Jersey Shore’ was your kids. What made you decide to return?

NP: Honestly, the producers reached out and they were like, listen, we’re doing a lot of events. Like the first time I came back was Mike {Sorrentino’s] sobriety party and I was like, I can’t miss that just because I don’t want to film. And then they were talking to me about like baby showers and birthdays and everything. And my roommates are literally my best friends. And I feel like not showing up for them just because I didn’t want to film wasn’t right. You know, I felt really bad about it. But I decided to come back on my own terms, though, so the producers and MTV know that I can’t leave my kids for like a week to go film. So I may try and pop in here and there as much as possible. But they know like I need to feel comfortable now. So it kind of worked out.

HEAVY: Oh yay!  Well, I’m glad to hear that you might come back again. So obviously a film crew was spotted with you and Angelina [Pivarnick] out to lunch. Will we see you guys hashing things out?

NP:  Yeah, you’re definitely going to see us talk about all that unnecessary drama, and thank God we can finally all move on.

NP:  Yeah. I just want to sit back and relax. I hate drama.

HEAVY: Yeah, you don’t need to be involved in that! [Laughs]. So there’s also, there’s two new babies in the family with Mike [Sorrentino]and Deena [Cortese] both recently welcoming newborns. Have you met Baby Sitch?

NP:  Not yet. Just because you know, he’s definitely new and you want to kind of like bubble yourself through the first month and a half. So we’ve been seeing videos and stuff like that. But yeah, they’ve been home and you know, probably when we all meet the babies, that’ll be on an episode. …I’ve seen a ton of videos and [he] looks just like Mike. It’s crazy.

HEAVY: That’s going to be fun to see that. Do you think these new babies will change the dynamic of the show? Like almost everyone on the cast is a parent now…

NP:  I don’t think it would change the dynamic because we’re basically all parents. But it’s nice to see everyone evolve with us girls. So I’m excited to see Mike as a dad, actually.

HEAVY: That will be awesome. So you’ve had a really big year with the Super Bowl commercial,  you hosted ‘Beach Cabana Royale’ and you have a new show, ‘Messyness,’ coming up. What can you tell me about that, and what’s it like working with Tori Spelling and the other cast members?

NP:  We just wrapped the first season and it was literally like the best, the best show ever. I feel like I was meant to host ‘Messyness’ and it’s literally a show about, you know, people being drunk and like doing silly stuff. So it’s literally like my life on ‘Jersey Shore.’ [Laughs].  My co-stars Tori Spelling, Adam Rippon, and Teddy Ray, I just feel like once we all met, it was like, we were best friends already. We were so comfortable with each other. So I feel like this was like a match made in heaven.

HEAVY: I can’t wait to see it. So tell me about your partnership with The Kraken Rum for this summer.

NP: Yep, so they ended up hitting me up because everyone knows, I love my rum and Cokes. And they were like, listen, we’re coming out with our new limited edition bottles. And one of the bottles is called The Kraken Attacks New Jersey. So I was like, okay, that totally makes sense for me because I’m always down the shore. Literally, my drink on the boardwalk is rum and Coke. So everything just made sense, you know? So I’m obsessed with The Kraken rum. You have to try it if you love rum, it’s delicious. And it’s definitely, you know, just makes you make you feel nice and good for the summer.

HEAVY: I was going to ask you what your go-to cocktail is. It’s always rum and Coke?

HEAVY: That sounds good! I will definitely have to try that. 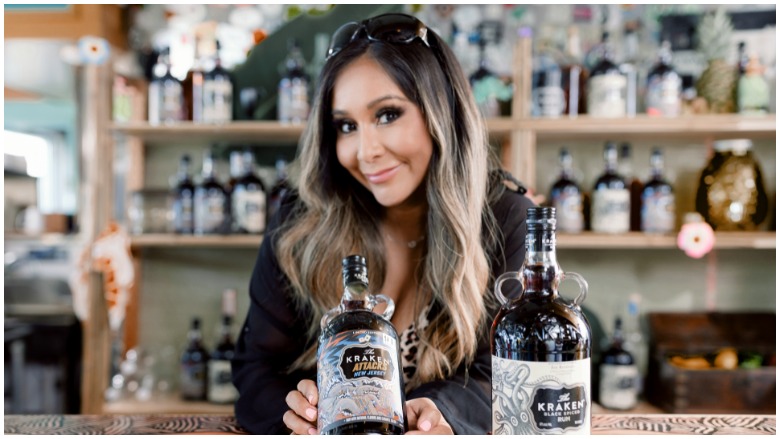 HEAVY:  And I know you spend time at the shore because I’ve seen beautiful footage of your shore house. Do you ever go back to Seaside Heights?

NP: Yeah, once in a while. I mean, usually, you know, I’m at home with the kids and we’re just hanging out in the backyard, but you know, if I decide to have like a girls’ day or whatever, I definitely hit up Beachcomber. I still like to go to our old spots that we used to go to. I mean, it’s definitely not the same, but I still like to visit my local stomping grounds.

HEAVY: Yeah, definitely different with kids, different vibe. And how are things going at your Snooki Shop? Is there anything new there this summer?

NP: Oh yeah.  I just feel like the summer is going to be way better because you know, we’ve been closed for a while and restrictions and stuff like that. So I think that now that everything’s opening up, I just feel like it’s going to be so much fun to like host my events again. And usually, when I do my VIP events I get champagne, I get all like all these yummy foods and stuff like that. So I’m excited to bring that back because obviously, you know, we couldn’t do that during the pandemic.

HEAVY: Yeah. It was a lot for a lot of small businesses … So is there anything else you’re working on you can tell me about?

NP: Well a lot of people are asking me,  I’m working on a lot of stuff for the future. And I’m just, I’m excited to get busy.  And I do want to mention with The Kraken Rum, that everybody can go to their local bar and they can grab a free drink on the Kraken rum tab. And what I love about it is they’re going to match it with a donation to charity to support local bartenders, because I have a ton of bartender friends that during the pandemic literally had no jobs. So the fact that they’re donating to the local bartenders to get them back on their feet is phenomenal.

HEAVY: That’s amazing. So are there certain bars that are doing that or is it anywhere that serves Kraken rum?

NP: Yeah. Anywhere with Kraken rum. Go order a Kraken rum drink and then they will match the donation and you can get a free drink on their tab.

HEAVY: That is great. That’s a really amazing campaign and that’s great for the bartenders.

HEAVY: Well, thank you so much, Nicole. … Good luck with everything this summer!

Loading more stories
The 'Jersey Shore' star is part of a fun campaign for summer.