DJ “Pauly D” DelVecchio opened up about his future with Nikki Hall.

In a new interview, the “Jersey Shore: Family Vacation” star hinted that an engagement isn’t entirely off the table when it comes to the girlfriend he met on the MTV reality show, “Double Shot at Love “

Pauly told Page Six that he and Nikki are enjoying their relationship and taking things as they go, but he noted that she fits in with his “family.”

“Who knows what the future holds?” he said. “We’re just taking it day by day. We have nothing set in stone and we just really enjoy each other’s company at the moment.”

He added that his girlfriend has bonded with his “Jersey Shore” roommates and that he was ‘shocked” by how fast she got close with them.

“I’m just glad they accept her like family and she accepts them as family because having the whole ‘Jersey Shore’ family meet Nikki was like a big deal for me because they’re part of my life,” the DJ said. “They’ve been a part of my life since I can’t even remember now. It’s gotta be, like, 12 years now. So we’re actual family. And the fact that she gets along on that level — for me — that’s anything I could ask for.”‘

Pauly and Nikki have been an on-and-off couple since 2019, but they got serious in 2020 when they holed up together in his Las Vegas home during the COVID-19 pandemic quarantine, per Cheat Sheet. 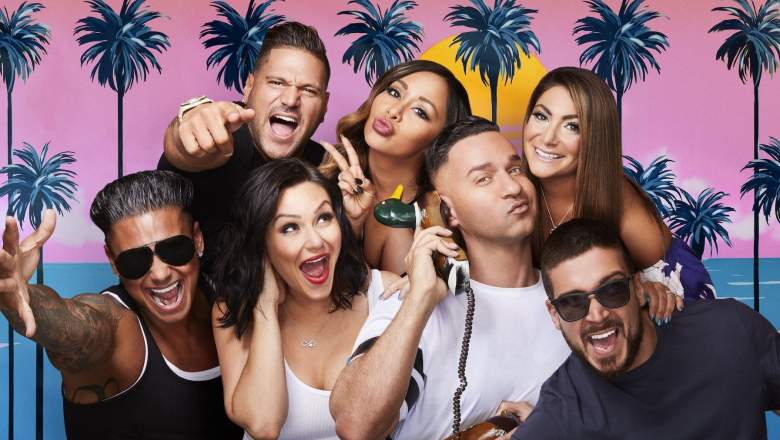 Pauly introduced Nikki to his castmates last season while filming “Jersey Shore: Family Vacation” at the Hilton Lake Las Vegas Resort & Spa. At the time he described the model as “the full package,” adding, “As a couple, it’s probably the most fun I’ve had in years.”

Nikki fit in as the group during a dinner party and immediately got the seal of approval from Mike “The Situation” Sorrentino, who predicted wedding bells could be in Pauly’s future.

“I thought Nikki was a natural,” The Situation said,  according to People. “She did great. You could just tell the way that she is with Pauly — like, this is the one, probably. Quite possibly, Nikki and Pauly could be the next ‘Jersey Shore’ family wedding.”

Pauly Has Said He Hopes Nikki Is ‘The One’

Earlier this season, “Jersey Shore” fans saw Pauly plan a sweet anniversary celebration for Nikki that included a trail of rose petals and a champagne toast. The touring DJ admitted to his lady that 2020 was “good” for their relationship because the pandemic put him in one spot for an extended period of time.

Pauly has also hinted that Nikki could be his soulmate. In an interview with In Touch Weekly, he also revealed that after getting serious with Nikki, he introduced his daughter Amabella to her.

“It’s pretty crazy how my relationship has grown,” Pauly said. “This whole quarantine thing has been a blessing and a curse. It pulled tour away from me, but it brought me closer together with my relationship with Nikki.”

When asked if Nikki is “the One?” Pauly added that he hopes so.