Justin Bieber loves to talk about his future family with wife Hailey. Most recently, he posted a picture of he and Hailey taking care of their friends’ baby in Hawaii. “Practice,” he captioned the photo, in which he and Hailey hold the baby in a pool.

The married couple recently enjoyed a vacation to Hawaii to visit their closest friends, Kelia and Joe Termini. Kelia is a former professional surfer who has been friends with Hailey for years. Joe is an artist who has a close relationship with Justin, as well.

Kelia and Joe had their first baby over the summer, a boy. During the Bieber’s visit to Hawaii, the pair of couples shared several photos of the vacation, many of which involved down time with the Terminis’ son. 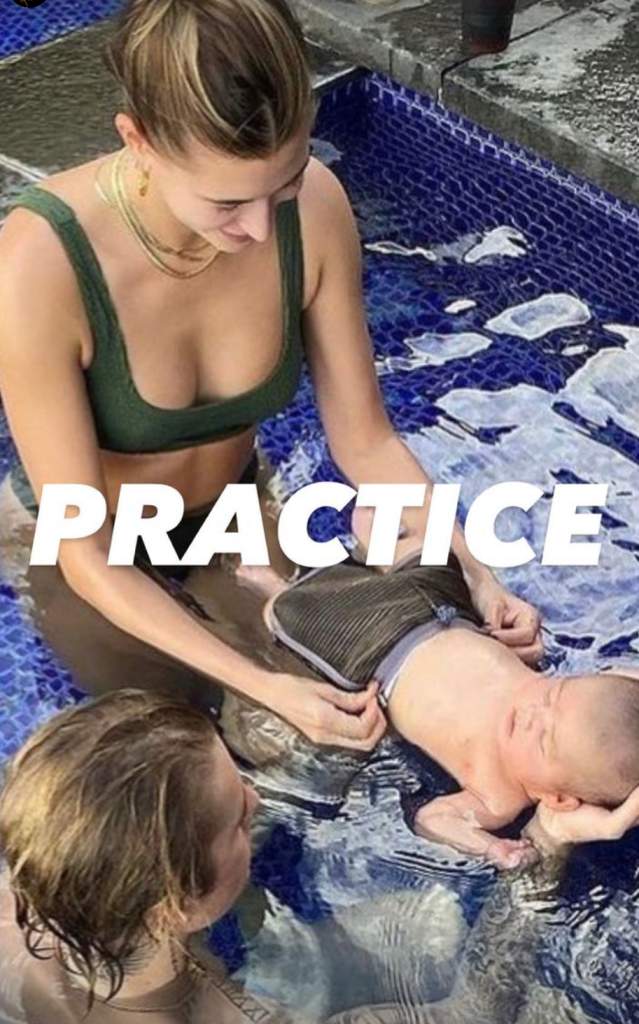 In one of the pictures Kelia posted from Biebers’ visit, Hailey and Justin can be seen holding the Terminis’ baby. Kelia captioned it, “Nothing like seeing your friends love on your child… we are so blessed”

In another similar photo, Kelia wrote, “Thank you for loving our baby!!!”

According to the Los Angeles Times, Hailey and Kelia were friends long before Justin became friends with Kelia’s husband, Joe.

Hailey explained that she used to travel the world with Kelia and Joe while she was single and said she often felt like the third wheel to their relationship. “We’re a good crew,” Bieber said. “They can get up and just go. When I was still single, I was the same way. I would text them and be, like, ‘Do you guys want to go to Miami tomorrow?’ Then we’d be in Miami and I’d be like, ‘Do you guys want to go to the Bahamas tomorrow?’ They’d be like, ‘Yup.’ We’ve had these fly-by-the-seat-of-our pants trips. We went to Tokyo because I was in Hawaii with them and I was like, ‘Guys, I’ve never been. This is the closest flight to Tokyo. Are you in?’”

Hailey Limited Comments on Her Instagram Pictures of Her Hawaiian Vacation

Hailey limited the comment functionality on the multiple posts she made about her Hawaiian vacation, something she rarely does on Instagram. “Heart = full,” she captioned one set of photos. It appears that only the accounts she follows back were allowed to comment on it.

Hailey and Justin have been criticized for a lack of perspective on more than one occasion throughout the coronavirus pandemic. In April 2020, the Biebers and their friend Kendall Jenner were slammed for hosting an Instagram live in which they talked at length about how “blessed” they were.

At one point, Justin said, “And, you know, they look at us, and obviously, we worked hard for where we’re at so it’s like we can’t feel bad for, you know, the things that we have, but I think just us taking that time to acknowledge that there are people who are struggling is important.”

READ NEXT: Justin Bieber Has a New Tattoo Rule, Thanks to Wife Hailey

Loading more stories
wpDiscuz
0
0
Would love your thoughts, please comment.x
()
x
| Reply
Justin Bieber and Hailey Baldwin are getting some “practice” for parenting, according to a recent Instagram story he made.