Kylie Jenner and Travis Scott, who are parents to their daughter, Stormi Webster, 3, are awaiting the arrival of their second child. According to Cosmopolitan, some fans of Jenner believe that she may have given birth to her baby.

Cosmopolitan reported that a popular TikTok creator with the username emilycschwartz uploaded a video on January 5, where she shared a theory about Jenner’s most recent pregnancy. She explained that she believed Jenner was pregnant during the filming of the “Keeping Up with the Kardashian” reunion special in April 2021, as she did not appear to drink alcohol with her family members. The TikToker, who correctly guessed that Jenner was pregnant with her second child before it was announced, asserted that if she was pregnant in April, she likely had her child in December 2021.

“Another Kylie Nails Konspiracy is cooking. Kylie is sporting some much shorter nails, has she had the new baby? She made a similar move when Stormi was born,” read the caption of the post.

On January 12, a Reddit user shared a picture of Jenner’s manicure on the “KUWTK” subreddit. A few commenters noted that they believed her shorter nails could indicate that her new baby had arrived.

“I have a feeling she’s had the baby.. and maybe she got some sort of surgery after giving birth (like liposuction/tummy tuck) and is recovering from that. She will show up with a new body and reveal that she gave birth,” wrote one commenter.

“I think so! I’m 100% on the ‘baby’s already been born’ train. The photos of her covered in a blanket leaving the plane cinched it for me,” replied another.

The Reddit user appeared to be referring to the pictures of Jenner walking away from her private jet following a Palm Springs trip, taken in early January 2022. According to the Daily Mail, the reality television star was concealed from the paparazzi by blankets. 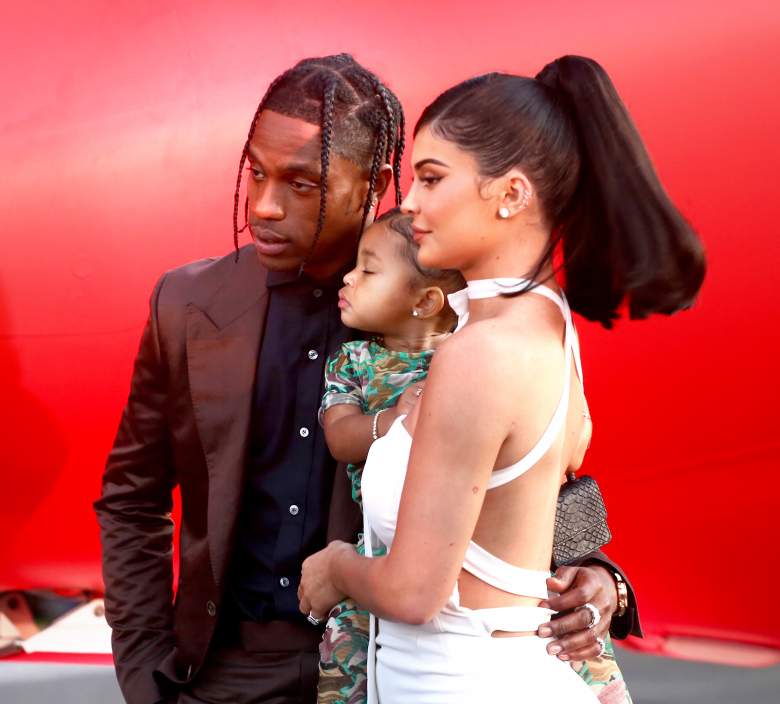 GettyTravis Scott and Kylie Jenner are photographed together in 2019.

In September 2021, Jenner answered 73 questions for Vogue. During the interview, the makeup mogul spoke about motherhood. When her mother asked about what she “learned about herself” after having Stormi, the 24-year-old replied that she realized that she was patient. She also revealed that her daughter’s “first word was dada.” She went on to say that Stormi enjoys her dog, Norman, and is fond of the animated films “The Little Mermaid” and “Trolls.”

Jenner then shared that she is pleased that her siblings also have young children.

“I’m just excited for all of them to grow up together,” said the founder of Kylie Cosmetics.

READ NEXT: Lamar Odom Weighs in on Tristan Thompson Scandal