Larissa Dos Santos Lima, star of the hit reality series 90 Day Fiancé, left her children behind in Brazil when she first came to the U.S. to chase the American dream with ex-husband Colt Johnson. Larissa has two children – a son and a daughter – from previous relationships, although she rarely discusses them on the show. She shares her son Arry with ex-boyfriend Marcos Hack, and she welcomed her daughter Luane a few years later.

Larissa talks about her children briefly during the Happily Ever After Season 5 “Couples Tell All” special after one of her costars brings them up. Considering her kids have never been featured on the show, fans might be wondering where her children are today, and if she plans to bring them to the U.S. Here’s what you need to know about Larissa’s children:

Larissa confirmed to In Touch Weekly back in November 2018 that she has two kids. According to the publication, she shares Arry with her ex-boyfriend Marcos Hack, and Luane with another ex, who she started dating a few years after Arry was born.

“I also have a daughter, from another relationship, who lives with my father and who I plan to bring to [the] United States one day when I am ready to take care of her,” she told In Touch.

According to another article by In Touch, both of Larissa’s children are still in Brazil at this time, although neither child lives with their respective fathers. Larissa’s son lives with his aunt (Marcos’ sister), who adopted him after she and Hack split, while Luane resides with Larissa’s father.

So why did her ex-boyfriend’s sister adopt Arry? According to In Touch, Larissa and Marcos lived together for two years before she found out she was pregnant with her son. However, Larissa fell into a deep depression shortly after she gave birth to Arry, and when she could no longer care for him properly, Marcos’ sister adopted him. 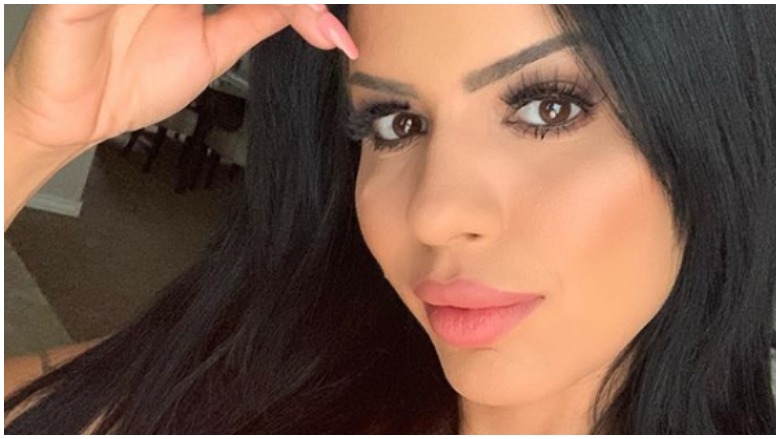 Larissa has said in the past that she regrets giving her son up for adoption, and she hopes to reconnect with him someday. She expanded on her issues with Marcos and explained that she was unable to financially support Arry after she left Marcos. Larissa knew Marcos’ sister would be able to provide a better life for Arry, so she made the difficult decision to give him up.

“Once [Marcos] was not paying child support and my family were not talking to me, I found myself financially and emotionally unable to take care of my son,” she said, according to In Touch. “I spent all my savings and I tried everything to find a job, but in Brazil, as everyone knows, life can be very hard sometimes. For this reason, I decided to let his aunt adopt him, she was always there for me and she loved him very much. This decision still breaks my heart today and it is a very delicate matter to me.”

Although she has little contact with Arry, she hopes to one day reconnect with her son. “It is a regret that I have to live with and I don’t need anyone point the finger on my face. I already suffered enough. I really hope I can reconnect with him one day when he is old enough to understand that I made the best decision I could.”

Her Children Will Never Be Featured on The Show, According to Larissa

Larissa Dos Santos Lima InstagramLarissa’s response to a fan who asked if her children would ever be featured on the TLC franchise.

As for her daughter, Larissa explained earlier this season that her father, (Luane’s grandfather), is taking care of Luane for the time being. Larissa plans to bring Luane to the U.S. to live once she is financially stable enough to do so, and she has said on the show that she sends money back to Brazil to help care for her daughter in the meantime.

Although she wants Luane to come stay with her in the U.S., Larissa told a fan on Instagram that her children will “never” appear on 90 Day Fiancé, even if she does move to America. When a fan expressed interest in seeing her children on the TLC franchise, Larissa responded, “Never on the show,” so it’s unlikely that viewers will ever get a chance to meet Arry or Luane.

90 Day Fiancé: Happily Ever After airs Sunday nights at 8 p.m. ET on TLC. You can find updates on the Season 5 cast, weekly spoilers and more 90 Day Fiancé coverage here.

READ NEXT: Larissa’s Net Worth on 90 Day Fiancé: 5 Fast Facts You Need to Know