On April 1, 2021, Leslie Odom Jr. announced that he and his wife, Nicolette Robinson, welcomed their second child, Able Phineas. The now-proud father of two children shared the news on social media.

“More life! One whole week with our Abe,” he captioned a photo of his newborn son and his daughter on Instagram. “Watching Nicolette give birth to these kids…? Simply, the bravest acts I’ve ever witnessed from a foot away. I love you, sweetheart and I am in awe. Our little family bursts at the seams with joy! And gratitude. Able Phineas 3/25/21 ♥️ More life.”

Robinson also gushed over her new son when she posted a slide show of him on social media.

“It’s been 2 weeks with you earth-side,” she captioned. “Feels like we’ve always known you, my son. My goodness, am I in love!”

In the weeks leading up to his son’s arrival, he told PEOPLE that he and Robinson were trying to get as much sleep as possible before she gave birth.

“We’re weeks away,” the Hamilton star said. “We’re like, 3 weeks away. We’re trying to store up sleep. Is that a scientific thing? Can I get as much sleep now, and then like a bank? Withdraw on it later?”

He and Robinson welcomed their daughter Lucille Ruby in 2017.

“Lucille Ruby Odom came into this world on Sunday, April 23rd, 2017,” Robinson wrote under a photo of her holding her then-newborn on Instagram. She is the love + light of our lives and she’s teaching us so much already… Our sweet Lucy. Mommy & Daddy couldn’t be happier.”

Leslie Odom is Nominated for 2 Oscars 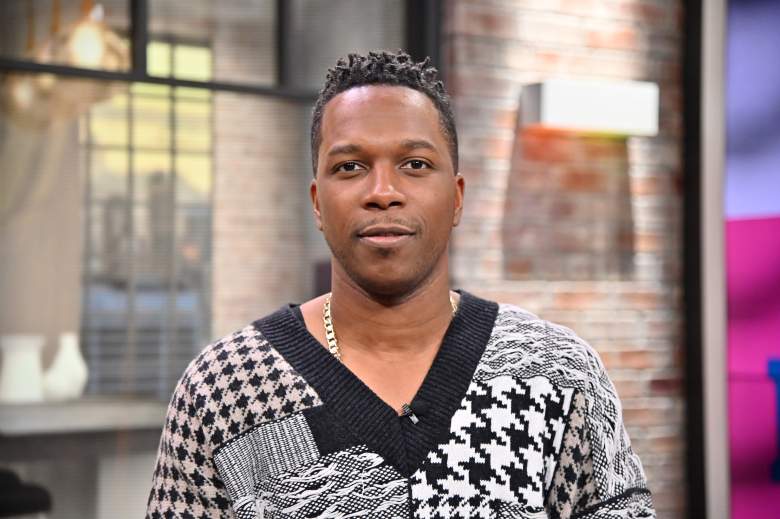 Leslie Odom is up for two Oscars at this year’s 93rd Academy Awards. This marks the Philadelphia native’s first time being nominated. He is not only nominated for his acting skills but also for his work as a musician. He is nominated for best supporting actor for his role playing singer Sam Cooke in One Night in Miami. He is also nominated for best original song for a song featured in film called “Speak Now,” which he co-wrote with Sam Ashworth.

“The beautiful exterior he gave us was of virility and manhood and sensuality and affability,” Odom told ABC Philadelphia about portraying Cooke. “Underneath that, Sam wasn’t nothing to play with.”

Odom Jr. told Forbes that he found out he was nominated for two Oscars at 5 a.m one morning. He said that he had become accustomed to giving fellow actors the good news of their nominations at the nominee reveals and was shocked when he was on the other side of the news.

“I’ve actually been asked to read the names of nominees a couple of times with different awards, and that I love doing,” he said. “Because you’re a part of bringing people good news, but I don’t want to watch it roll out myself. So I was asleep, but my team did tell me to be a grownup and to leave my phone on just in case we had good news. They wanted to be able to reach me. And I figured if there wasn’t good news, then I’d wake up at, you know, at a decent hour and deal with that.”

READ NEXT: DEBUNKED: Was Chadwick Boseman’s Wife Pregnant When He Died?