Lindsey Buckingham and Steve Nicks have had a long and complicated relationship. The two musicians joined Fleetwood Mac on New Year’s Eve 1974 as part of a “package deal,” but they were musical collaborators –and lovers — long before that, according to Ultimate Classic Rock.

The two musicians would enjoy career success together, but their personal relationship took a toll. 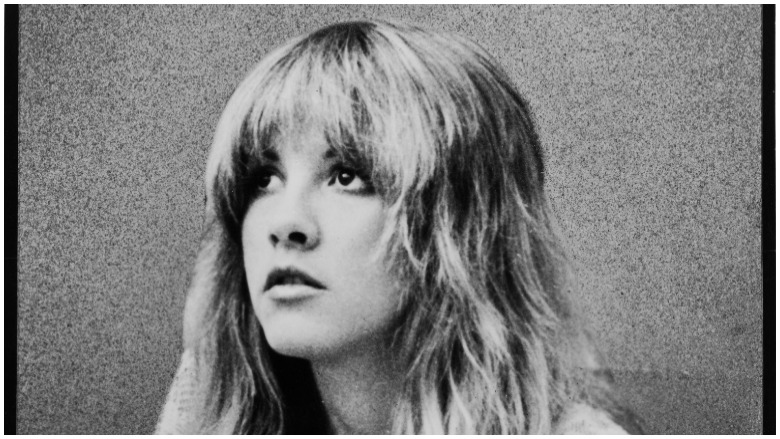 The future couple first met in high school in California in the 1960s and frequently crossed paths due to their mutual love for music. They reunited a few years later for the band Fritz, and began a real romantic relationship while pursuing their dreams of being famous rock stars, per Far out magazine.

I loved him before he was a millionaire,” Stevie once said of Lindsey, per Far Out. “We were two kids out of Menlo-Atherton High School. I loved him for all the right reasons. We did have a great relationship at first. I loved taking care of him and the house.”

In 1973, the couple released their first record together, “Buckingham Nicks,” but it failed to make them famous. Stevie worked a waitressing job to pay the bills.

In an interview posted by Mass Live, Stevie said she didn’t mind being a waitress but only worked during the lunch shift from 11 to 4 so she could get home to make music with Lindsey.

By the time Mick Fleetwood came calling for Lindsey, the songwriter/guitarist insisted that his partner Stevie had to be part of the deal. The classic lineup of Fleetwood Mac was then born with Lindsey and Stevie alongside the founding father and John and Christine McVie. But by the time the band’s groundbreaking album, “Rumours” was released, Lindsey and Stevie’s romantic relationship was over.

In a 2013 interview with Oprah’ Master Class, Stevie said at the end of the “Rumours” recording sessions, she told Lindsey their romance was over.

“We were just finishing up the end of our 12 songs in Sausalito for ‘Rumours’ and I said, ‘We’re done. I think that this is over, and we both know now that no matter what it takes, we’re going to keep Fleetwood Mac together,” Stevie said. “Our breaking up is not going to break up this band and I’m not going to quit and neither are you — and we were done.”

She added that the band always came first.

“Rumours” contained the Stevie-penned song “Dreams” and Lindsey’s “Go Your Own Way,” both of which are widely thought to be breakup songs the two wrote about each other.

Lindsey and Stevie would continue to work together on and off for decades, with both pursuing solo careers as side projects to Fleetwood Mac. In 200, Lindsey Lindsey married Kristen Messner and they had three kids together.

In 2018, Stevie Nicks Said She Could No Longer Work With Lindsey Buckingham 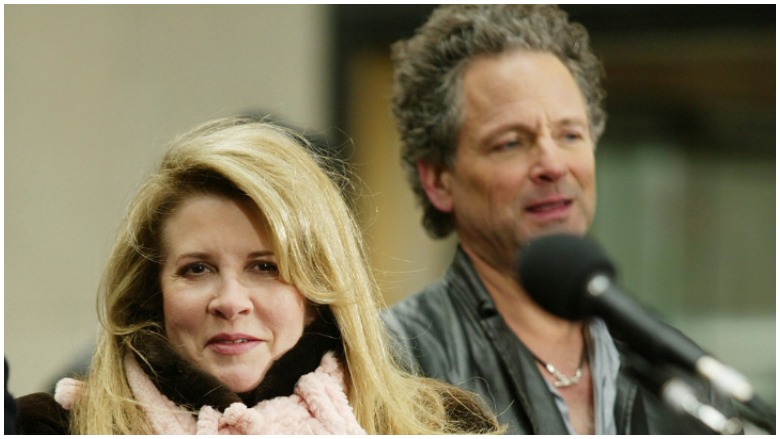 Over the years, the tension in the band increased, to the point where Stevie felt she could no longer work with Lindsey., so he was fired from the band.  In an interview with CBS This Morning, Lindsey later explained Fleetwood Mac’s MusicCares tribute show, the band’s manager called him to say that Stevie was upset that he disrespected her by snickering during her speech.

“He was screaming at me on the phone saying, ‘You’ve really done it this time.’ And I had no idea what he was talking about,” Lindsey recalled. “He said, ‘Stevie never wants to be on stage with you ever again.’ And I’m going, why? … It appeared to me that she was looking for something to hang on me in order to instigate some kind of a coup. … None of it makes sense to me.”

In response to his firing, Lindsey later sued the band for what he would have earned on the tour, reportedly more than $12 million, per Variety.

“My relationship with Stevie is fragmented,” he told CBS. “ I think there’s still a lot of love there, but you have to begin with the fact that to get through those early days, it was kind of an exercise in compartmentalization for everyone, emotionally — and for me in particular. I mean, I was not the one doing the leaving; she left me. There was never really any chance to get anything like closure because that takes perhaps some distance. So that kind of is how we got along. And I think you cut to 20 or 30 years later, and that leads to a kind of a fragmented relationship.”

In an interview with the Los Angeles Times, Stevie explained that she felt the need to officially “divorce” Lindsey even though they’d never married.

“I just felt like a dying flower all the time,” she said. “I stayed with him from 1968 until that night. It’s a long time. And I really could hear my parents — I could hear my mom saying, ‘Are you really gonna do this for the rest of your life?’ And I could hear my dad saying in his very pragmatic way — because my dad really liked Lindsey —‘I think it’s time for you and Lindsey to get a divorce.’ It’s a very unfortunate thing. It makes me very, very sad.”

While Stevie stopped talking to Lindsey following his exit from Fleetwood Mac, in 2019 she wrote him a letter to tell him to take care of himself as he recovered from heart surgery.