During the last season of Love & Hip Hop Hollywood, A1 and Lyrica Anderson’s marriage had hit rock bottom. The two were living a part and even discussing the possibility of getting a divorce. The claims of infidelity and the continued conflict between their mothers took a toll on their union and after they welcomed their son, Ocean, they ended up parting ways.  They were together during the COVID-19 quarantine, which they revealed on an appearance on The Conversation, but that didn’t help them reconcile their marriage.

Here’s an update on their marriage:

Lyrica & A1 Discussed Their Marriage on The Conversation

The estranged couple had their first conversation that they’ve had after months of not seeing each other in front of the cameras for the show The Conversation for a network called Zeus.

While trying to talk things over, they went back-and-forth about Anderson moving out and A1 claiming he didn’t know she got her own apartment beforehand.

“You gon’ be sneaky and move out. You didn’t tell me,” A1 said, which Anderson denied.

“You weren’t treating me good in the house with you and that’s why people dip,” Anderson said.

A1 also spoke about not being comfortable with not having Anderson’s address. Anderson said she didn’t give him her address at first because she didn’t want him “popping up” at her house.

During their talk, they also spoke about the infidelity that played a role in the downfall of their marriage.

“I did you wrong, made a mistake, cheated, you couldn’t get over it,” A1 said. “When someone makes a mistake, you’re just done? Because if that’s the case you can be single for forever.”

“I just have a really hard time being with someone that I don’t think it going to be completely faithful,” Anderson later replied.

Lyrica Sang About Their Relationship Struggles on “Marriott”

On her latest project Bad Hair Day, Lyrica opened up about the conflict between her and her estranged husband on a track called “Marriott.” On the song she sang lyrics like:

Did you love me like you said?
Or was it for the bedroom?
8 A.M. break up text.
Now you all on the shade room.
I don’t gotta sit and take it.
When you come home you gonna see.
It’s vacant like you did my patience.
Blowin’ my phone where is your son.

Anderson said told Hollywood Life that she wrote those unfiltered lyrics while staying at the Marriott Hotel after moving out of the home she shared with A1.

“‘Marriott’ was my release, my diary when I wrote that song,” Anderson said. “It’s me just letting it out. Like you know what, ‘We went through this. I’m tired of this s***, I’m tired of going through this stuff with you and I’m about to dip. This is the hotel I’m going to stay at and as a matter of fact, I’m going to write about it.’”

She said she also let A1 hear the song before its release and he wasn’t a fan of it.

“He was kind of like, ‘Wow…Oh you wrote this, you’re bragging about being at the Marriott? Like okay.’ So he felt kind of a way, especially the second verse…But you know, there’s nothing he can really do.”

On Bad Hair Day, there was also audio of a difficult conversation she and A1 had about the demise of their relationship. He is also on the cover of the project along with their one-year-old son, Ocean. 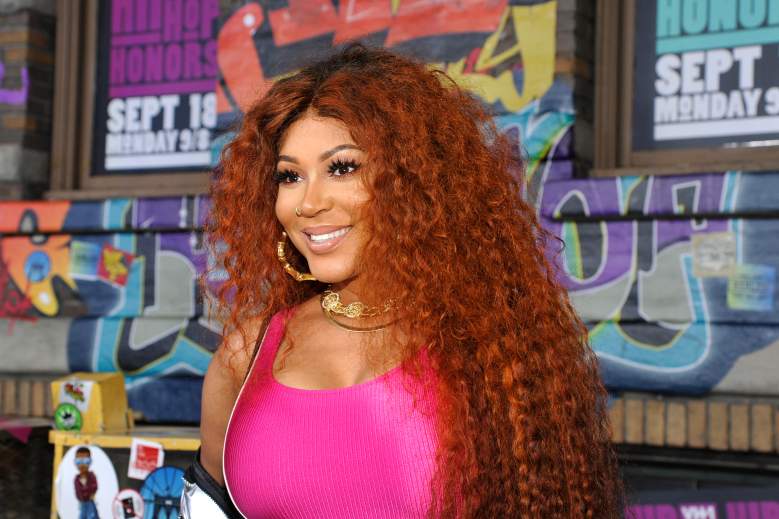 After having candid conversations about getting a divorce in front of the cameras, nor Anderson or A1 has filed yet.

“We haven’t officially got divorced,” Anderson told Bossip. I don’t really know what’s gonna end up happening. For now, there’s a lot of co-parenting going on, of course, we have Ocean. He is the first priority and it’s not about us right now. It’s about him, he’s 1, he’s innocent and it’s fair to just be the best mom and dad.”

The “Typo” singer didn’t shut down the idea of them rekindling their marriage.

“If it’s meant for us to come back together then that’s a possibility. I’m not really sure, it’s kinda up in the air.”

Loading more stories
wpDiscuz
0
0
Would love your thoughts, please comment.x
()
x
| Reply
Is the estranged couple back together?