Rapper Diamond Blue Smith, a member of the musical group Pretty Ricky, has been accused of participating in a $24 million COVID-19 relief fraud scam. According to the Department of Justice, Smith, who goes by the stage name Baby Blue, was arrested on October 6, 2020, after being suspected of falsifying documents to receive loans for his small businesses through the Small Business Administration’s Paycheck Protection Program. Smith has been charged with wire fraud, bank fraud, and conspiracy to commit wire fraud and bank fraud, the DOJ wrote in a news release.

According to the DOJ, the 36-year-old rapper of Miramar, Florida, was able to secure one loan of $427,000 for his company, Throwbackjersey.com. Smith is also accused of applying for and receiving another loan through his record label, Blue Star Records LLC, for the amount of $708,000. The DOJ said Smith used $96,000 of these funds to purchase a Ferrari, which was seized when he was arrested, and withdrew $271,805 from his loan payout.

The Small Business Administration’s Paycheck Protection Program was enacted by the CARES Act in order to offer relief to small businesses affected by the coronavirus pandemic. According to the Department of Treasury, it enables businesses to offer “eight weeks of payroll costs including benefits” and “funds can also be used to pay interest on mortgages, rent, and utilities.”

When The Shade Room reposted his Instagram photo of him on his way to court, he commented saying that he is facing life in prison due to these allegations.

“Had a good 1st day in court,” he wrote. “Facing life in prison but #ImInnocent. Everything ain’t always what it seems.”

#TSRUpdatez: #PrettyRicky’s #BabyBlue stepped into #TheShadeRoom to reveal he’s looking at a max sentence of life in prison if he’s convicted on the fraud charges against him but he maintains his innocence. (SWIPE) 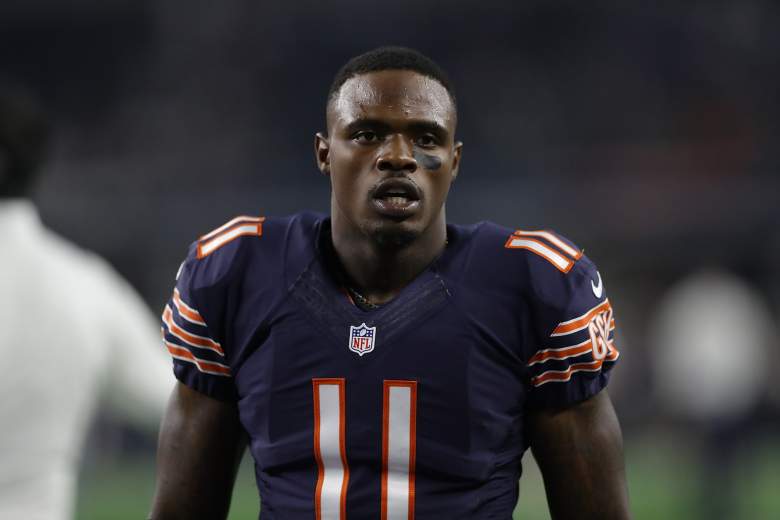 Smith is accused of participating in this scheme along with 11 other people, including NFL player Josh Bellamy. According to the criminal complaint from the Department of Justice, Bellamy, who previously played for the New York Jets, was “charged in a federal criminal complaint filed on September 9, 2020, in the Southern District of Florida with wire fraud, bank fraud, and conspiracy to commit wire fraud and bank fraud.”

He is accused of spending $62,000 of the monies he received from the loan at the Seminole Hard Rock Hotel & Casino in Broward, Florida, and spending $104,000 at designer stores like Gucci and Dior, the complaint read. Bellamy is also suspected of trying to apply for small business loans for his family members. On September 8, 2020, Bellamy, who made his NFL debut in 2012, was released from the New York Jets’ physically unable to perform list, ESPN reported. He had signed a two-year, $5 million contract with the Jets in 2019. When he was released, the Jets were not aware of the charges filed.

The DOJ said in a news release that 90 fraudulent applications were prepared to be submitted and most of them were processed and approved. Altogether, the loans applied for totaled $24 million. Loans that added up to around $17.4 million were paid out, the DOJ said. The other suspected conspirators in the scheme are from Ohio, Pennsylvania and Florida.

Loading more stories
wpDiscuz
0
0
Would love your thoughts, please comment.x
()
x
| Reply
Diamond Blue Smith, who is a member of the group Pretty Ricky, is accused of being involved in a $24 million COVID-19 loan scam.