A former Love & Hip Hop: Hollywood couple was involved in a domestic dispute and it was live streamed on social media. Brandi Boyd went on Instagram Live on December 7, 2020 during an argument with her husband and former co-star Marcus “Max Lux” Boyd. Even though her camera was off, Boyd could be heard yelling expletives at his wife and threatening her while their child was in the background crying.

“Last time y’all see him beat on me,” Brandi Boyd said in the video. “You won’t have to see this ever again. I promise you that. Never again will you see your mom get beat on.”

In the video, Boyd is heard telling his wife:

Brandi B husband Max is about to kill her . If you know her call 911 now! pic.twitter.com/cKPc7WC6DF

According to MadameNoire, Boyd then posted to his Instagram page, which is private, to address the domestic dispute and the responses he had been receiving.

Boyd then posted a message on her Instagram page claiming that she was the aggressor during the incident, even though she was heard saying in the video that her husband abused her.

“I am fine he didn’t touch me I was choking him and fighting him all he did was verbal abuse me back I am sorry for going live,” the post said. “I did that to force us to take space knowing he wouldn’t want to argue on Live. Please pray for my family the devil is attacking so strong.”

In the comments of that post, one of her followers claimed that Boyd didn’t write this message and that her husband did.

“He has her phone I don’t believe she wrote this, praying for my girl tho,” follower Maxiejofficial said. 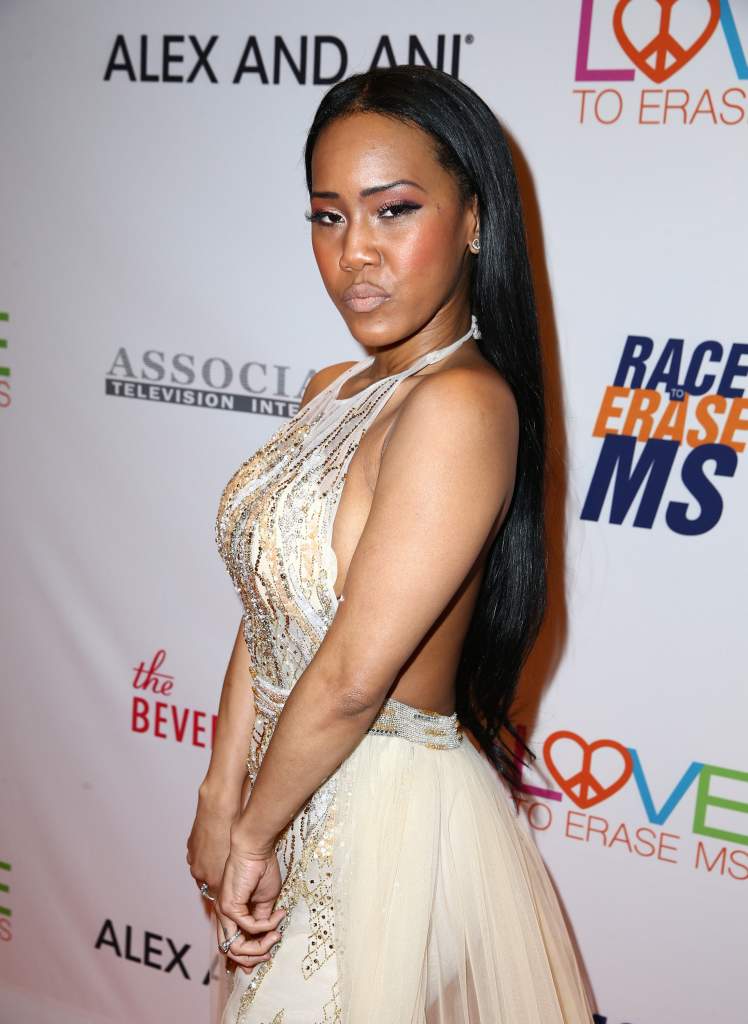 After this audio the Instagram Live video was seen and reposted on the internet, other reality stars reached out to Boyd to show her support. Basketball Wives star, Evelyn Lozada, who is a domestic violence survivor, shared a message to Boyd in the comments of her last post.

I don’t know you personally, but I love you ❤️ Gracious God, You created us in Your image and breathed life into us, a life You want us to live abundantly. We ask You to free those living with abuse physically, mentally or spiritually, from their oppression, so that they may walk in peace and enjoy a life full of Your blessings. In Jesus’ name. Amen. 🙏🏽❤️ DM ME

“There is a special place in HELL for men who want to beat on their women!” Hazel E wrote on her Instagram story. “B**** a** hoe a** p**** a** n*****. The emotional damage far [outweighs] the physical. Lord please give my sisters strength who are experiencing Domestic Violence. My heart is so heavy right now.” 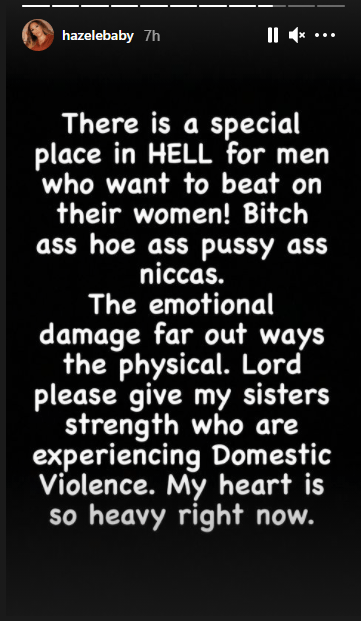