Cardi B has gone to the studio to the Facebook screen. The former Love & Hip Hop star now has her own show on Facebook Messenger. The Bardi Gang can now watch the “Money” rapper on her new show Cardi Tries ____ on Facebook Messenger’s new Watch Together feature, Heavy has learned.

Cardi Tries __, which premiered on December 17, will feature eight episodes that will air until February 4, 2021, according to a press release sent to Heavy. Every Thursday, fans can tune in and watch the Bronx, New York  native “try her hand at things outside of her repertoire like stunt car racing, working on a ranch, and more hilarious situations.” 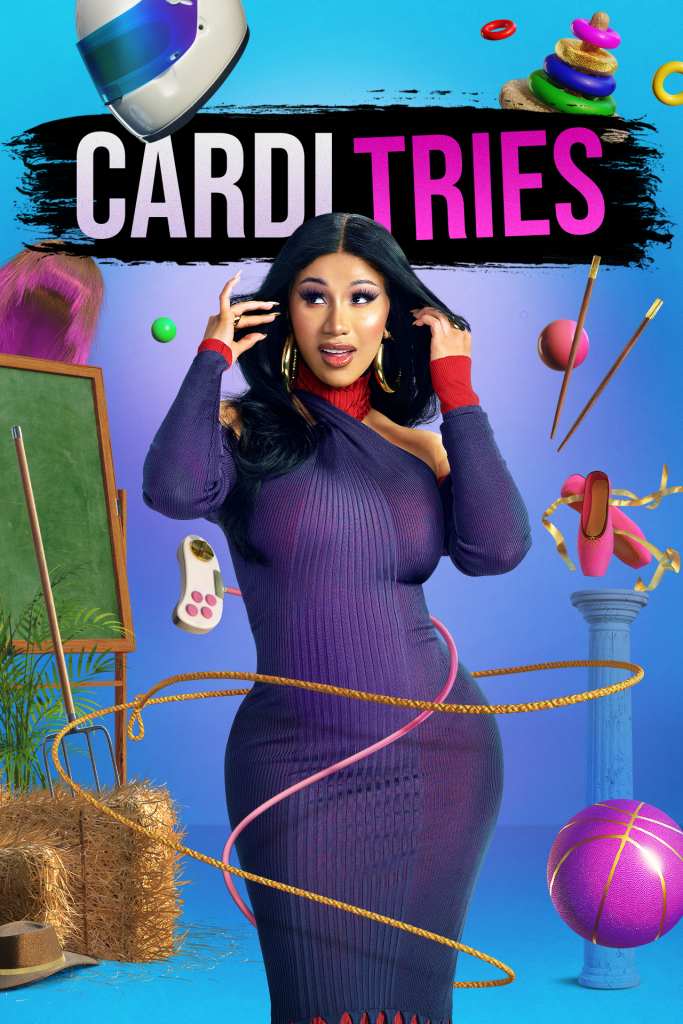 “Throughout the series, Cardi will also be joined by celebrities like Michelle Rodriguez of Fast & Furious fame, Damian Lillard of the Portland Trail Blazers, and country music singer and songwriter, Mickey Guyton, among others,” reads the release. “The first episode features Cardi trying ballet with Debbie Allen of Grey’s Anatomy.”

See the trailer below.

Cardi B was recently served with a lawsuit and will be heading to trial next year. According to The Hollywood Reporter, a man named Kevin Brophy, Jr. is suing Cardi over the cover of her mixtape, Gangsta B**** Vol. 1 where a man is performing oral sex on the rapper. Brophy, Jr. claimed that his tattoo was photoshopped onto the back of a man on the cover of the mixtape and was used in “a misleading, offensive, humiliating and provocatively sexual way” and also accused her of using his image in a false light.

The designer of the mixtape’s cover, Timm Gooden, admitted to finding the image after doing a Google search and using it for the cover, The Hollywood Reporter noted. Gooden testified that he was paid $50 to design the cover of the project and after he turned in his first draft, he was told to change it. After doing a Google search for “back tattoos,” he claimed that he found the tattoo that Brophy Jr. claims to be his and photoshopped it onto the cover and submitted it.

Even though Cardi B’s team said that they altered the image before using it on the cover, Judge Carney ruled that there was “insufficient creativity” used in creating the cover.

“Most significantly, defining elements including the tiger and snake remain virtually unchanged,” he said in the decision. “Under these circumstances, a jury will have to decide the merits of Defendants’ defense.”

READ NEXT: Why This Hip-Hop Legend Doesn’t Like This Cardi B Song