A Love & Hip Hop star is claiming that he was robbed by the same people who have been accused and charged with the murder of Brooklyn rapper Pop Smoke. During an interview on Drink Champs, Hitmaka, formerly known as rapper Yung Berg, claimed that his home was invaded by the same men who are accused of killing the “Dior” rapper.

During his chat with N.O.R.E and DJ EFN, Hitmaka, born Christian Ward, accused a female acquaintance of setting up the home invasion. Ward said that the female acquaintance was someone he carried on a sexual relationship with and after not talking for a while they got in contact again during the early days of the COVID-19 quarantine. He said while they were together, things got hostile and the woman slapped him in his face. Ward then accused her of calling three unidentified men into his home and said that they kicked in his door. Ward said that after the men invaded his home, the unidentified woman continued to physically assault him.

“She was sharing out the location and it was three guys with guns,” he said. “They tried to come and kick in my crib. I had the alarm on. The crazy thing is that when it was happening, instead of her being like a girl who was in the midst of a home invasion like I was, she was fighting me. She was trying to fight me. She punched me again when it happened…I’m still dealing with PTSD from that s***.”

Ward said after the incident, he “lawyered up” and took a trip to Miami. He said he was then contacted by Pop Smoke’s girlfriend who claimed that the same people who invaded his home were suspected of killing the 20-year-old rapper. See the portion of the interview where he discussed the incident below along with footage of the home invasion from Ward’s security cameras. 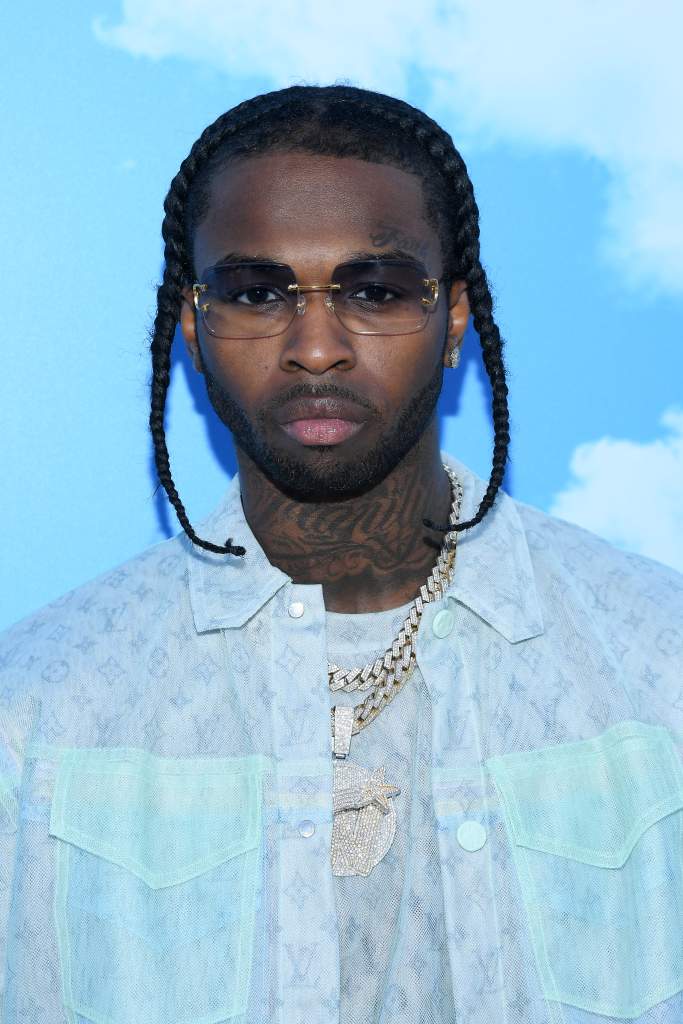 The four suspects accused of Pop Smoke’s murder were arrested in Los Angeles in July. According to a news release from the Los Angeles County’s District Attorney’s Office, “Corey Walker (dob 11/22/00) and Keandre Rodgers (dob 2/12/02) were each charged with murder with the special circumstance allegation that the murder occurred during the commission of a robbery and a burglary, making them eligible for the death penalty.” The other two suspects were juveniles aged 15-years-old and 17-years-old and were charged with one count of murder and robbery, the news release noted.

A few of the young men are suspected to be connected to another Los Angeles murder. According to KTLA, some of them are suspects in the murder of 18-year-old Kamryn Stone. Stone, who was a West LA College student, was killed in September 2019 outside of the Rose Bowl in Pasadena, California during his first day at work for the Cynthia’s Cleaning Company, KTLA reported.

READ NEXT: K. Michelle Cried After Being Rejected From This Show