In a post on social media, Cole sounded off about “fake” people in the music industry. On her Instagram story, Cole posted, “Gotta watch these Industry people, some be fake as F***!!!! Fr. And most have [an] agenda. I’m actually happy to hit my 40’s soon. I can see the s*** clear as day now.” according to The Jasmine Brand. K. Michelle then posted a status of her own and it looked like she was throwing a jab at the “Heaven Sent” singer.

The Memphis, Tennessee songstress then wrote on her Instagram story, “But you the fakest one. I laugh.”

When she saw that folks on social media were accusing her of calling Keyshia Cole fake, she denied it in another Instagram story post.

“Wow! Just wow. I’ve been minding my business typing song lyrics,” she wrote. “The world we live in is a sad place. I’m not talking about ANYONE! Stop forcing a beef. It’s played.”

She then posted, “We gotta do better as a people.” 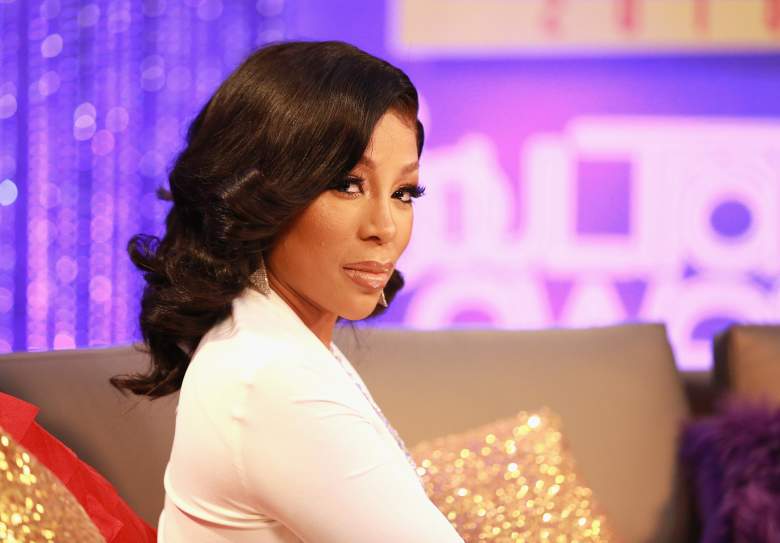 During an appearance on Keyshia Cole’s Fox Soul talk show, One on One with Keyshia Cole, Love & Hip Hop: Hollywood stars Rodney Lasell “Zell Swag” Shaw and his best friend Paris Phillips, said that they felt that K. Michelle was obsessed with Cole. When asked why, Shaw said that K. Michelle uses the “same type of stylist” and makes the “same type of music.” Phillips, who used to be the “V.S.O.P” singer’s assistant, also chimed in.

“She heard that I was cool with you, she got cool with me,” Phillips added.

Phillips and K. Michelle’s relationship crumbled after the singer accused Phillips of stealing $50 from her. During an episode of Love & Hip Hop: Hollywood, K. Michelle showed Phillips a statement with purchases on her credit card that she claimed were unauthorized.  Phillips said she never stole from K. Michelle and was hurt that she was portraying her as a thief. Phillips then became enraged and threw a drink on her former boss. While being escorted out, Phillips called K. Michelle a “fake a** Keyshia Cole.”

K. Michelle Has Feuded With Another R&B Singer

K. Michelle and Tamar Braxton went from being enemies to cordial and back to being enemies. Their feud began after Braxton denied K. Michelle’s claims that she was physically abused and then blackballed from the music industry by music executive Mickey “Memphitz” Wright. They then buried the hatchet when they performed together at the 2015 BET Awards with Patti LaBelle. Braxton later revealed that they hadn’t met until it was time for that performance.

“Let me just be honest about it,” Braxton told Angie Martinez during an interview on Power 105.1. “That weekend is the first time I met her. We not [sic] homies… we’re just cordial. BET did put us together and it wasn’t awkward, but yes it was awkward at first, but she sang, I sang, then we went home. We didn’t go out for dinner or drinks, you know what I’m saying? There’s just no beef.”

Fast forward to June 2020 and K. Michelle claimed that the “Love & War” singer had an affair with a married music executive who is also hip hop mogul Jermaine Dupri’s father, Michael Mauldin.

Has #KMichelle’s feud with #TamarBraxton reignited? K.Michelle recently made these comments, which some fans speculate are directed at Tamar Braxton. Last month, Tamar was asked if she’d do a versus battle w K.Michelle. (🎥 @therealtsmadison #tamar #braxton #bfv)

READ NEXT: What Happened to K. Michelle Amid Her Husband’s Cheating Scandal?