Masika Kalysha sparked engagement rumors after Christmas when she was seen flashing a diamond ring via her Instagram stories. On December 30, 2020, she confirmed that she is now engaged to entrepreneur and author Jamar Champ in one of her tweets. The former Love & Hip Hop star revealed in a tweet that Champ didn’t just enter her life. Masika Kalysha, born Masika Tucker, said that Champ had been pursuing her for a decade and she was denying his advances until this year.

“Met my fiancé 10 years ago,” she wrote on Twitter. “Curved him for 97% of those 10 years. Been dating for 4 months. He asked me to marry him 4 days ago. Last night I asked him what made you so sure after only 4 months of dating? He said I knew 10 years ago, on the day I met you that I was gonna marry u.”

Even though they have only been romantically involved for four months, Tucker tweeted that she is 100% sure she wants to tie the knot with Champ.

“Baby said are you sure you want to spend the rest of your life with the same man over and over again every day. I said yes. Are you sure? He said ain’t I the one who asked you?

Met my fiancé 10 years ago. Curved him for 97% of those 10 years. Been dating for 4 months. He asked me to marry him 4 days ago. Last night I asked him what made you so sure after only 4 months of dating? He said I knew 10 years ago, on the day I met you that I was gonna marry u

Jamar Champ is an author and entrepreneur according to his website and his LinkedIn account. He attended North Dakota State University and the University of Houston and also played college football. Champ, who hails from Houston, Texas, also released a book in 2018 titled Thoughts of a Made Man, which is described as a “guide to tackling life obstacles and overcoming setbacks,” on his website. According to his LinkedIn, he owns two companies, J&R Transports and J Champ Enterprises. 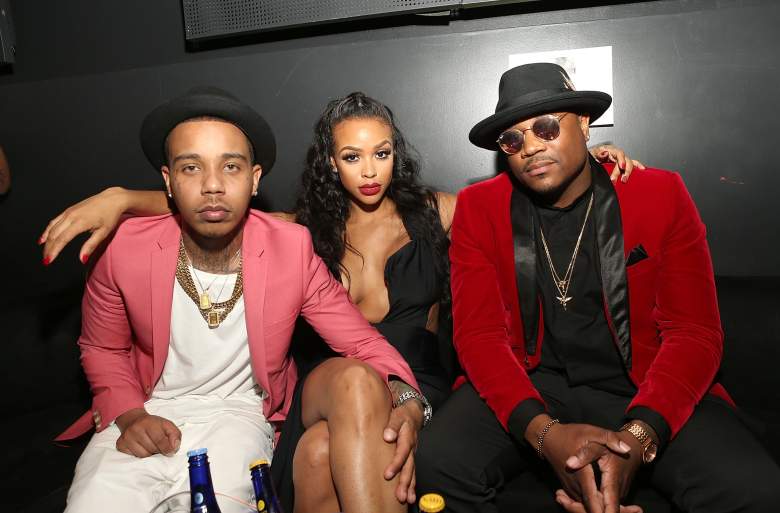 During the first season of Love & Hip Hop: Hollywood, Masika Kalysha began dating former rapper and current hip-hop producer Hitmaka aka Yung Berg. Their relationship ended in 2014 after a domestic dispute after filming the reunion in New York City. According to ABC, Masika Kalysha called 911 and said that Hitmaka, born Christian Ward, chocked her, threw her to the ground, punched her and dragged her by her hair. Ward was later charged with criminal obstruction of breathing, ABC reported. Their conflict began after Ward’s credit card was declined, TMZ noted.

Due to Ward being accused of being violent towards Tucker, VH1 later announced on their website that they fired him from Love & Hip Hop: Hollywood. Their statement read:

Based on the severity of the allegations against Yung Berg, VH1 is terminating its relationship with him in connection with Love & Hip Hop Hollywood, effective immediately. Yung Berg was arrested on November 5th and charged with criminal obstruction of breathing in connection with an assault on fellow cast member Masika Tucker. The arrest took place in a New York hotel several hours after the taping of the reunion special for Love & Hip Hop Hollywood had wrapped.

This newly engaged reality star shared the backstory of her and her soon-to-be husband.