Ray J and Princess Love’s marriage has been on the rocks for quite some time. After public social media feuds and two divorce filings, the estranged couple will be working out their marital issues in front of the cameras. They will be trying to resolve their issues on a Love & Hip Hop spinoff, Page Six reported.

They won’t be the only couple trying to fix their marriage on the show. Other Love & Hip Hop couples Yandy Smith and Mendeecees Harris, Kirk and Rasheeda Frost and comedian Michael Blackson and Miss Yada will also be appearing on the show.

The Frosts’ marriage has been plagued with infidelity, which was showcased on Love & Hip Hop: Atlanta. Kirk Frost even fathered a child outside of their marriage, a son named Kannon with a woman named Jasmine Washington who also appeared on the show, according to Celebrity Insider. Frost tried to deny that he fathered the child but a paternity test proved otherwise on season six.

Throughout Smith and Harris’ marriage, Harris did two stints in prison. According to the Department of Justice, Harris pleaded guilty to conspiracy to distribute and possess with intent to distribute 100 grams or more of heroin and 500 grams or more of cocaine in 2015. He was sentenced to eight years in prison, Billboard reported, and was released in January 2020, The Shade Room revealed. Smith has also had major conflict with the mothers of his two other children, Erika DeShazo and Samantha Wallace.

This isn’t the first time Ray J and Love tried to hash out their differences in front of the cameras. They appeared on the premiere of The Conversation on the Zeus network in a three-part episode as they addressed suspected infidelity and Love’s accusations that Ray J left her stranded in Las Vegas, Nevada while she was eight months pregnant. 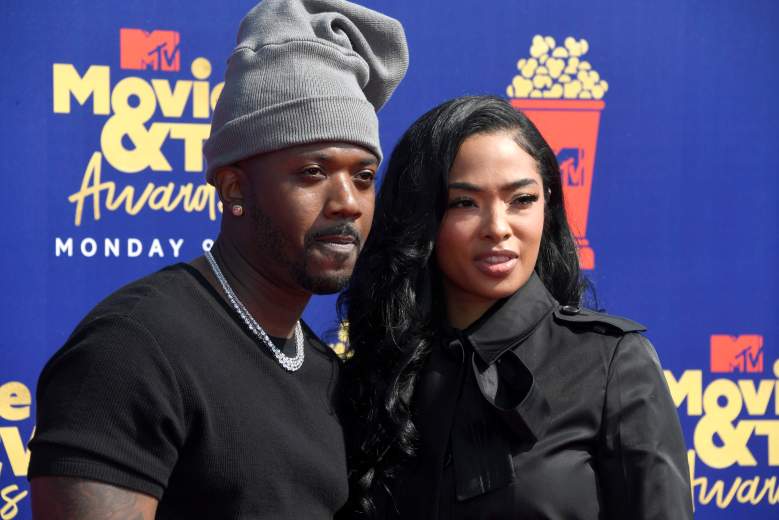 Ray J filed for divorce from Love, who he was married to for four years, back in September, according to Page Six. His filing came after Love asked for her May divorce filing to be dismissed so they could reconcile.

Love later appeared on Fox Soul’s Out Loud With Claudia Jordan, and said that the “Wait a Minute” singer didn’t speak to her before he filed for divorce. The mother-of-two told Jordan that  she found out that he filed for divorce when her friend sent her a screenshot of a social media post.

“I was calling him and texting him like, ‘Hey, did you file for divorce because I just talked to you on Friday’,” she said. “I don’t know. I’m completely lost. I’ve had time to process it now, but in the beginning, I was a little thrown off. I was a lot thrown off.”

Fans Suspect That Ray J & Princess Love Are Back Together

In November, Princess Love posted a video to her Instagram story that made fans believe that she and her husband were on better terms. In the video from November 18, they are taking a stroll together and seem to be holding hands.

They also celebrated Halloween together this year and dressed up as the Addams Family with their two children, 2-year-old Melody and soon-to-be one-year-old Epik.

Ray J posted a cryptic post recently that could’ve been indicative that the reconciliation with Love isn’t going very smoothly. On his Instagram story on December 2, he posted a GIF of a person in flames with the text: “Me walking from a situation before I let my anger get the best of me.”