One of the rappers that wants to work with Cardi B is rapper Saweetie. In a recent interview with V-103’s Greg Street, the “Icy Girl” rapper said she would love to hop on a track with the former Love & Hip Hop star.

A song between the two femcees wouldn’t be hard to set up. They both are romantically involved with members of the Migos with Quavo dating Saweetie and Cardi B being married to Offset.

Saweetie, born Diamonte Harper, said she also wants to collaborate with Quavo again but their busy schedules have been interfering with their plans.

“The last two records, three records we did together – the beat was already made,” she said. “I feel like my best work comes from sitting in the studio with the producers and making the record with them so I definitely want to sit in the studio with my boo and create something from scratch, from the ground up. So if we’re able to make that in time, he will be on the album.”

“It’s Megan Thee Stallion a.k.a young Tina Snow a.k.a H-Town Hottie, and I’m from Houston, Texas and I’m just the best female rapper that’s poppin’ off right now,” she said in the video. “And on top of that, I’m a full-time college student.”

She even foreshadowed her own future in the clip.

“Megan Thee Stallion is just going to become that household name,” she added. “When you’re talking about those poppin’ rappers, I’m going to definitely be in that conversation.”

Take a look below. 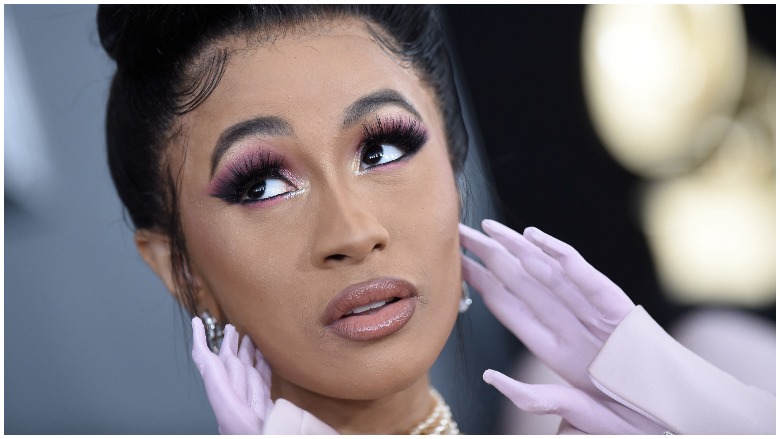 The year 2021 will be a busy one for Cardi B. According to Variety, Cardi B has landed a starring role in an upcoming film called Assisted Living. The 28-year-old will star as Amber, who is on the run after committing a botched robbery. She isn’t only trying to escape the law but also her old gang. So she hides out at her estranged grandmother’s assisted living home and begins disguising herself as an elderly woman.

The Grammy-winning rapper’s first time on the big screen was when she starred in 2019’s Hustlers alongside Jennifer Lopez, Lili Reinhart, Julia Stiles and Constance Wu. During a chat on The Tonight Show, Lopez said that after she called on Cardi to be in the film, she fit right in.

“She’s such a natural at what she does,” Lopez said. “This was so suited to her. She really knew this world and I told her, ‘You just have to be the person that you were when I first started looking at you on Instagram. That girl, that’s the girl that we need.’ And she was like, ‘OK.’ She knew exactly what to do.”

READ NEXT: Why Khloe Kardashian & This ‘Love & Hip Hop’ Star Won’t Ever Be Friends