The father of Love & Hip Hop: Atlanta star Spice’s children, Nicholas Lall, has requested a DNA test for the two children they share.  Lall said he wanted a DNA test for their children, Nicholas Jr. and Nicholatoy, via an Instagram post because he claimed he has no other way of reaching Spice. According to Urban Islandz, there are rumors that reggae artist Baby Cham may have fathered her children after Spice’s spiritual advisor, RT Boss, told him he wasn’t the father of one of their children while on Instagram Live earlier this month.

I was never weak but for the first time in my life I know what it’s like to feel real pain from the hands of a man. I won’t speak on the [allegations] but I can tell you all who is destroying my family name you all will hear from my lawyer. I’m not the only one in this world named LALL so just to let you know a lot of people getting hurt, next thing Grace Hamilton aka SPICE you said I can get a DNA for the kids let me know when is a good time for you. I can’t contact you so you reach out to me or have your lawyer do so looking forward to hearing from you.

Spice hasn’t responded to his requests for a DNA test.

Nicholas Lall Has Been Accused of Rape

“You know say you manipulate and threaten me my youth,” DHQ Danger said on Instagram. “Me and you know exactly [what happened].”

Lall has denied these allegations when he phoned Spice’s spiritual advisor, RT Boss, while they were on Instagram Live discussing Spice’s previous claims that Lall and Danger had an affair. Lall said they had intercourse and it was consensual.

During a trip to Jamaica earlier this year, Spice blasted Lall on Instagram for not helping her support their children financially.

She posted photos on her Instagram story of her paying for school supplies and tuition for one of their children and asked Lall what had he done for their children lately. 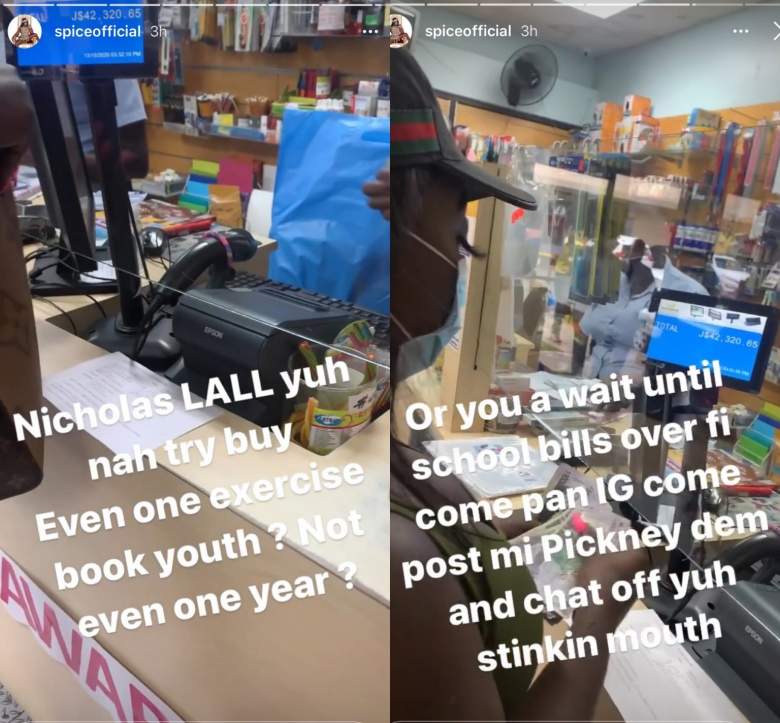 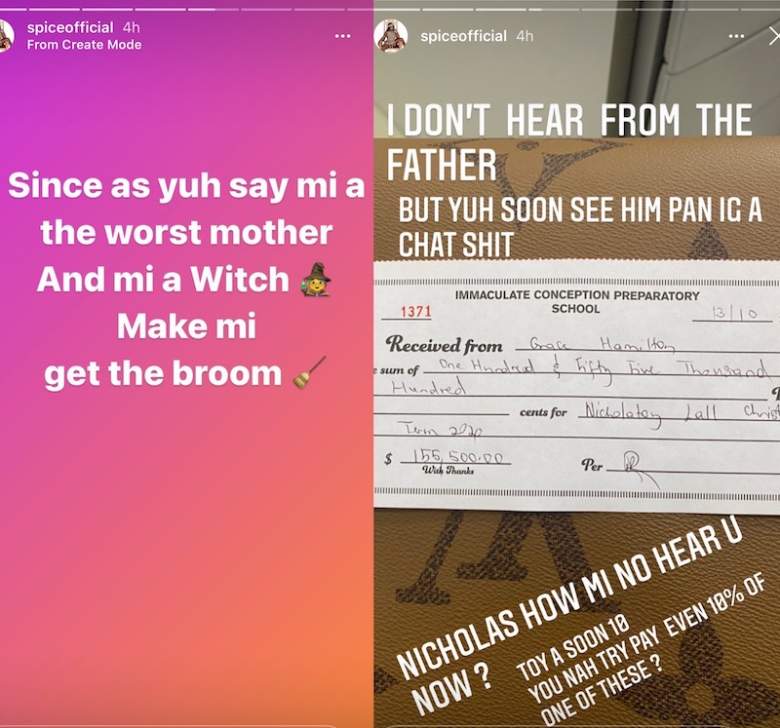 Lall responded by claiming that Spice has blocked him from contacting her and he therefore cannot send her anything. In a now-deleted post, he wrote:

You like the attention that you get from your f****** dumb a** follower when you call my name when ever you not getting the attention you need on social media you call my f****** name to stay relevant leave my f****** name out your mouth witch you don’t think you done enough damage to me already you stole ten years of my life b**** let me live now why I’m I so f****** important. Germs send me your Zelle info further more I ask you if the kids are going to be here in America or Jamaica for school so I could send you money before you block me dog s***, I know you trying to stay relevant but this is not the way find song stop spread rumors, I WISH COULD UN F***YOU, if you continue to call my name you’ll hear from my LAWYER.”

A "Love & Hip Hop: Atlanta" star's ex-fiancee is slamming her on social media and questioning the paternity of their two children.