Getty Cardi B performs during Summer Jam 2019 at MetLife Stadium.

Cardi B is the most successful Love & Hip Hop alum. She has had number one hits on the Billboard charts, she has won countless awards like a Grammy, American Music Award and a MTV Music Award. She was even Billboard’s Woman of the Year for 2020. Despite her success, there is one of her former co-stars who said they can’t work with her.

Yandy Smith-Harris, who has managed artists like Missy Elliott, Busta Rhymes and Jim Jones, said that the “W.A.P” rapper could never be one be on of her clients. Smith-Harris said that since she is the mother of two children, she couldn’t manage a booked and busy star like Cardi B.

“There’s no way I can be a manager to an artist like Cardi,” the Harlem, New York native told Page Six. “I was on tour with Missy Elliott up until I had my son in 2012. I was going on tour all the time and when I had my baby I was like, ‘OK, I can’t go on tour anymore.’ I was a breast-feeding mom. So a lot of my hopes and dreams in management had to come to a halt because I had to be a mommy to my babies.” 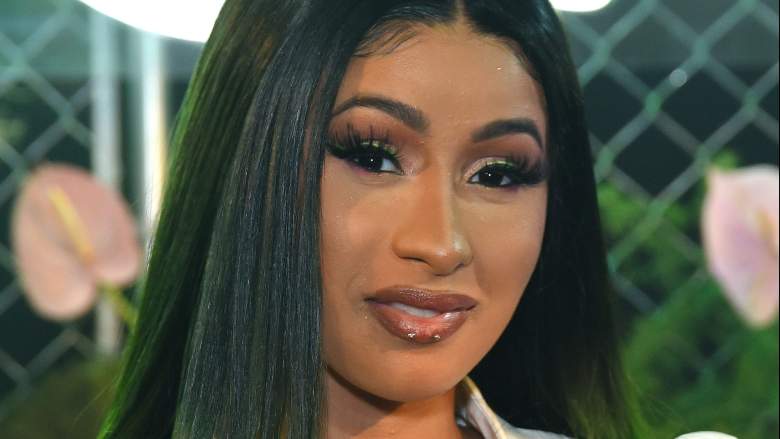 GettyCardi B is seen as Fashion Nova Presents: Party With Cardi at Hollywood Palladium.

Even though she doesn’t have the time to manage Cardi B, Yandy Smith-Harris said if she was her manager she would have big plans for her. One of the things she would do for the Bronx, New York native would be to get her into acting on Broadway.

“You know what she’d be great in? ‘Little Shop of Horrors,’” Smith-Harris, 40, said. “She would be a great Audrey. The first thing on my agenda for her I would definitely get her on Broadway.”

Cardi B, born Belcalis Almanzar, might not be on Broadway but she is on Facebook Watch. Cardi Tries __, which premiered on December 17, consists of eight episodes that will allows fans to see her “try her hand at things outside of her repertoire like stunt car racing, working on a ranch, and more hilarious situations,” according to a press release sent to Heavy. Cardi Tries ___ will air every Thursday until February 4, 2021.

Due to the COVID-19 pandemic causing a national lockdown and quarantine, the filming of all the Love & Hip Hop franchises was halted back in March.

At the top of 2021, a new special will be airing for the first time since production stopped. According to Variety, the special, which will be hosted by social media influencer and actor Kendall Kyndall, Love & Hip Hop Secrets Unlocked will be a four-part special that will begin airing on January 4, 2021. Stars who will appear on the special include, Yandy Smith-Harris and her husband Mendeecess Harris, Ray J and his wife Princess Love, married couple Erica Mena and Safaree Samuels, Amara La Negra, Cyn Santana, Johnathan Fernandez, Karlie Redd, Sukihana, Trick Daddy, Bobby Lytes, Kirk and Rasheeda Frost, Shay Johnson, Yung Joc and his fiancee Kendra Robinson and Scrappy and his wife Bambi.