A Marvel’s Avengers review copy was provided by the publisher.

The opening moments of Marvel’s Avengers welcomes you to A-Day, a celebratory event that marks an important milestone for Earth’s Mightiest Heroes. Venturing around the miniature theme park created for such a momentous occasion exposes you to the wonders that Marvel’s most iconic team is known for. That intro kicks off a blockbuster trek through the world of Marvel’s Avengers, a game that provides an entertaining romp through a world filled with renowned superheroes and supervillains. Although it’s certainly rough around the edges, Crystal Dynamics’ playable journey through the trials and tribulations of The Avengers is an exciting thrill park ride from start to end. With even more free content promised for the future of Marvel’s Avengers, it’s good to know that this ride won’t come to an end anytime soon. 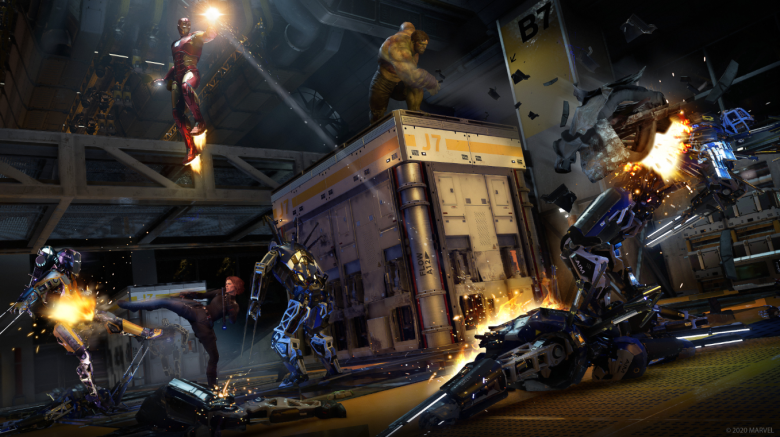 At the heart of Marvel’s Avengers lies a campaign that’s reminiscent of a big-screen MCU experience. Starting with Kamala Khan aka Ms. Marvel, you set out to expose AIM for its sinister research, assemble The Avengers one by one, and put a stop to MODOK’s plan to eradicate Inhumans everywhere. The story that’s told throughout the single-player portion of the game is well told and features heart-tugging moments, happy reunions, angry squabbles, and a whole lot of funny quips from the usual suspects (Iron Man and Thor are known for letting a few jokes fly in the movies, which is a familiar characteristic of both characters that’s thankfully included here). The best parts come when you get ahold of a new Avenger and get the chance to play around with their abilities as you find out more about what really lead to the archaic events that occurred on A-Day.

Marvel’s Avengers looks good and sounds good for the most part, but the game has its fair share of technical issues from time to time. Walk animations randomly make characters appear as if they’re sliding across the ground, audio dropouts happen out of nowhere, load times are far too long, and a slew of other bugs and glitches pop up to disrupt the fun. Having to constantly deal with these issues during the game’s launch period is a letdown – here’s hoping that future updates iron out the many technical problems players will undoubtedly run into on current-gen hardware. Marvel’s Avengers is a massive game, so it comes as no surprise that it is unable to meet its full capabilities on PS4 and Xbox One. I’m very much looking forward to how this game runs on PS5 and Xbox Series X in the near future. 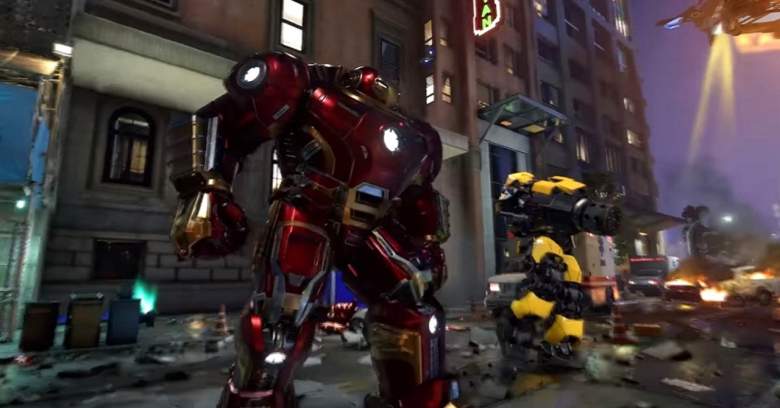 When it’s time to bash some robots and an assortment of other lab-made baddies, the fun truly begins. Marvel’s Avengers gives you access to six heroes that all come with their own set of skills, gear, cosmetics, and Challenge Card missions/rewards. What may seem like a simple combat system at first eventually opens up to become surprisingly deep and convivial at later intervals as you level up each hero. Light and heavy attacks are present alongside counters, new combo chains, ranged attacks, defensive maneuvers, and so much more. The skills tree’s complexity becomes more evident as you morph your favorite hero into the specialty playstyle you prefer and place them along the mastery path of your choosing. 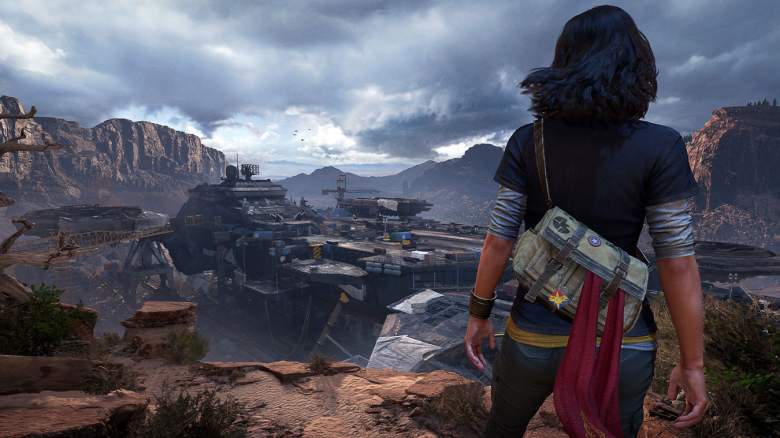 Hopping into battle with each hero gives players six different ways to hand out their form of superhero justice. There’s a ton of variety to be had as you eliminate the opposition with Ms. Marvel’s elongated limbs, Hulk’s destructive rage, Iron Man’s suit-based weaponry, Black Widow’s combat-ops maneuvers, Thor’s mighty hammer swings, and Captain America’s shield throwing prowess. Marvel’s Avengers has a wealth of bite-sized and lengthier missions to run headfirst into, so there’s a bunch of ways you can choose to play out a daily playthrough session. The iconic mission chains provide the most fun as they provide a deeper backstory for each character and give the campaign even more enjoyable moments to peruse through. The post-campaign co-op focused Avengers Initiative also has its moments, although a few repetitive mission structures take the multiplayer fun factor down a notch. 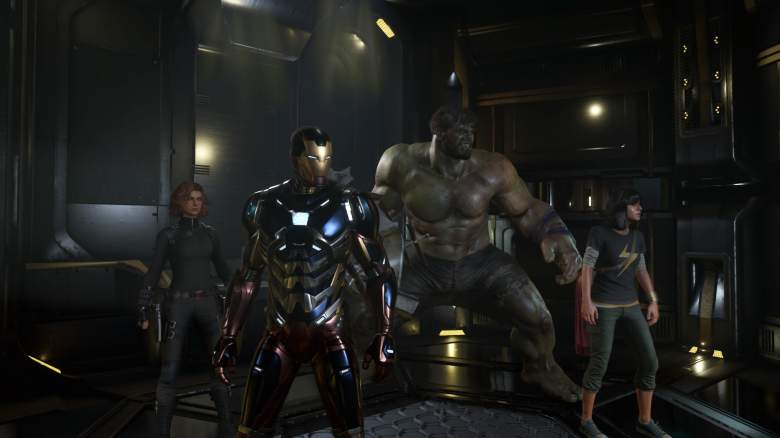 Since Marvel’s Avengers has been built to be a games as a service title, it features the usual loot gathering and microtransactions elements games such as Destiny, The Division, and Anthem are known for. The loot aspect of this game is decent at best – you’ll regularly discover and arm each hero with new pieces of powerful equipment and be able to boost their signature abilities, but that’s all there is to it. Collecting a series of comic covers in order to unlock even more ability boosts is a nice touch, however.

It’s pretty evident that being unable to see the actual gear outfitted to each character was done in order to showcase the multitude of costumes each hero has access to. The outfits that can be acquired in Marvel’s Avengers all look awesome and point to Crystal Dynamics’ appreciation for Marvel Comics’ long lineage. It’s just unfortunate that you’ll have to continuously grind for the currency needed to get those costumes and other goodies (the game clearly pushes you to acquire credits through real money, which is non-surprising but still pretty deflating). 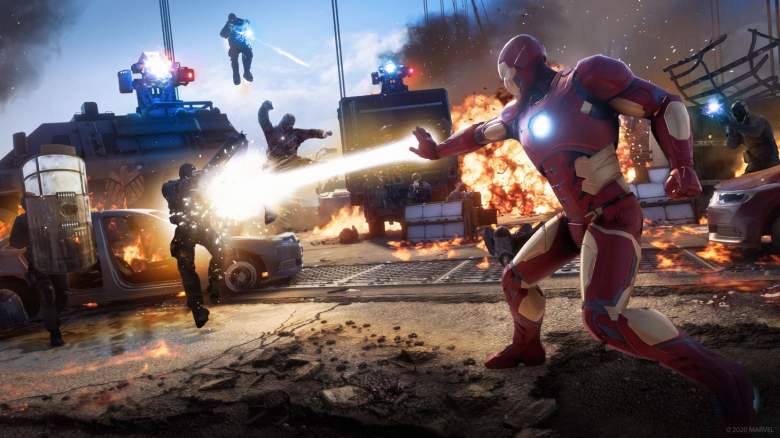 Crystal Dynamics managed to create an enjoyable romp through the superheroic battles that fans of The Avengers have always wanted to participate in. The campaign is far better than expected, the combat is easy to wrap your head around, the leveling system is complex enough to let you build the type of character archetypes your prefer, and the co-op experience is dumb fun for everyone involved.

What keeps Marvel’s Avengers from being a complete home run is the presence of several technical issues, repetitive mission types for the multiplayer portion of the game, and the reliance on grinding in order to get to its finest unlockables. Marvel’s Avengers is still worth a recommendation and looks to be even more worthy as it throws free DLC at players over time.

Loading more stories
wpDiscuz
0
0
Would love your thoughts, please comment.x
()
x
| Reply
Marvel's Avengers provides an enjoyable campaign, an iconic cast of heroes to wield, and a deep upgrade structure that makes this game worth a look.