The iconic James Bond star and Oscar winner Sir Sean Connery died at age 90, according to BBC News. His death was confirmed by his wife and family on October 31, 2020.

Connery died in his sleep at his home in the Bahamas. According to the report from BBC News, Connery’s son said his father had been “unwell for some time.”

The Scottish actor was best known for playing James Bond and being the first to bring the role to the big screen. He appeared in seven of the franchise’s movies. Connery won an Oscar in 1988 for his role in The Untouchables.

Connery married his second wife, Micheline Roquebrune, in 1975. Roquebrune, 91, was a French-Moroccan painter. In the ’90s, the two moved to the Bahamas, where they recently rode out Hurricane Dorian. Connery and Roquebrune spent their days in the exclusive gated community Lyford Cay on New Providence. 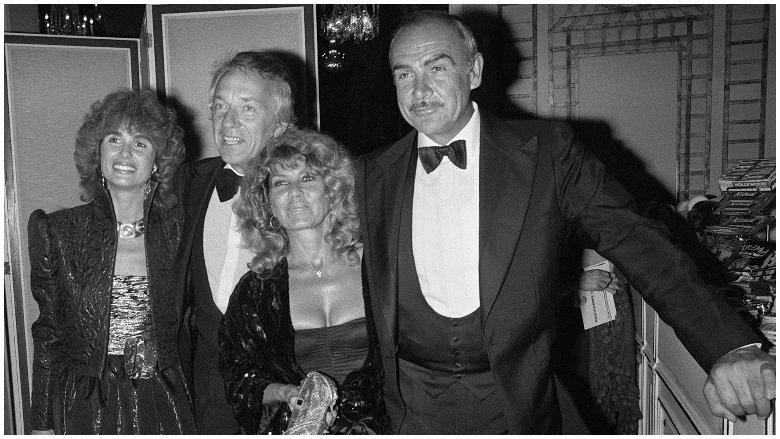 GettySean Connery and Micheline Roquebrune, right, with Jean-Pierre Cassel and his wife Anne Cassel, left, in 1981.

Connery and Roquebrune met in 1970 at a golf tournament in Morocco.

“I saw this man from the back, and of course, he had a fine physique,” Roquebrune told The Sun in 2011. “But that first day I didn’t know who he was or anything about him. Then I dreamed I saw this man. I was in his arms. And I thought ‘At last, peace.’ The next day I went back to the tournament and that was that!” 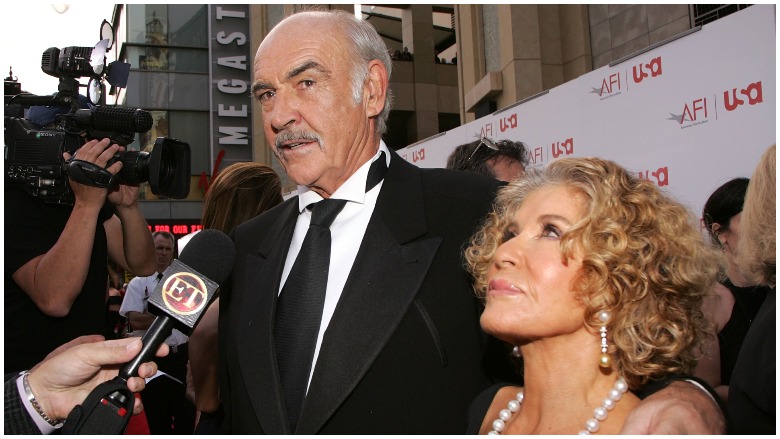 After their 1970 introductions, the two had trouble staying in touch, because they lived on different continents. Two years passed before the two reconnected.

Connery told The Sun in 2011, “In the early days it was difficult for us to see each other. She was still living in North Africa with her children. We were in separate queues coming off different flights. There was a partition and underneath I saw these feet. I immediately recognized them and tried to get through to see her but it wasn’t allowed.”

He said he fought the crowds so he could wait for her, and managed to get through. Roquebrune said, “I’m so glad because if I had arrived at an empty apartment that would have been it finished!”

Both Connery and Roquebrune were married when they first met. Roquebrune was married twice before meeting Connery, and Connery was still married to his first wife, Diane Cilento. Connery and Cilento were married for 11 years, from 1962 to 1973, but the two separated in 1971, according to Meaww.com.

Roquebrune had three kids with her first husband, and Connery had one kid with Cilento. Together, they parented Roquebrune’s kids: Oliver, Micha and Stephane, as well as Connery’s son — actor Jason Connery.

While they helped raise all the children together, Connery and Roquebrune never had children of their own. 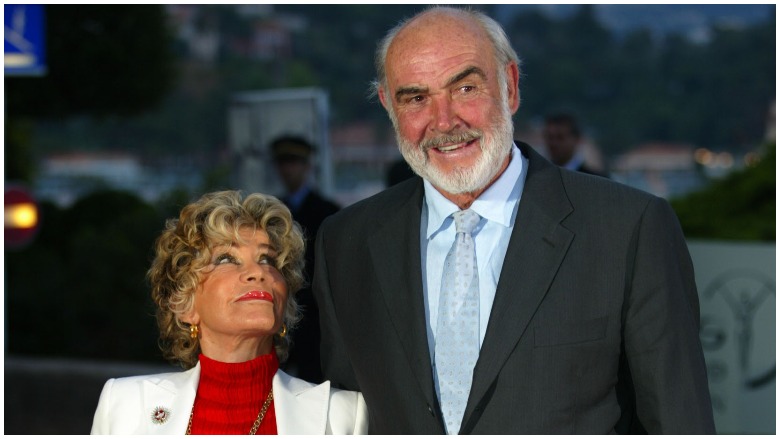 GettyMicheline Roquebrune and Sean Connery in 2002.

When Connery and Roquebrune first met, not only did they live on different continents, but they also spoke different languages, according to The Sun. Connery only spoke English, and Roquebrune spoke French and Spanish.

Roquebrune told The Sun, “Oh we had no problem communicating — body language!”

The couple was initially private about their love toward one another.

In a March 1972 interview with France’s Gala magazine, Roquebrune detailed the beginning of their relationship, back at the golf tournament in Morocco.

“The four days that follow, we continue to play golf like strangers then we meet to make love like crazy people,” she said. “The reality is even better than the fantasy. No man has ever had this effect on me.” 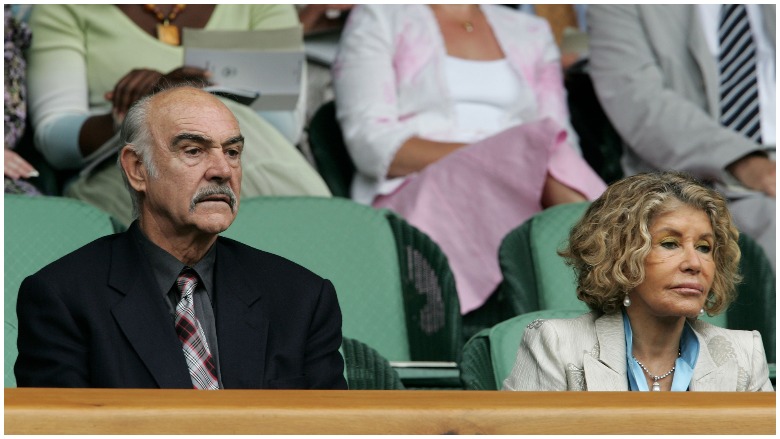 GettySean Connery and Micheline Roquebrune watch the tennis on Centre Court during the Wimbledon Lawn Tennis Championship on June 25, 2005.

Connery announced he was retiring from acting in 2003. During his retirement years, he and his wife continued to take part in their favorite pastime: golf. Roquebrune was a professional golfer before making a name for herself as an artist, according to The List.

Roquebrune and Connery spent their final years together playing golf and traveling to their homes around the world in Spain, Portugal and the Caribbean. Eventually, the two called their Bahamas house their full-time home and lived together until Connery’s death.

READ NEXT: Bethenny Frankel Puts the Kardashians on Blast