Getty The Dancing With the Stars Mirrorball Trophy

Noah Centineo has been linked with several celebrity women, but one of his most high-profile romances was with model and former Dancing with the Stars contestant Alexis Ren.

The actor, who plays heartthrob Peter Kavinsky on the Netflix romantic comedy To All The Boys I’ve Loved Before, was linked with the Sports Illustrated swimsuit model from 2019 until early 2020.

The Couple Made Their Red Carpet Debut in October 2019, Nearly One Year After Alexis Landed in 4th Place on ‘DWTS’ Season 27 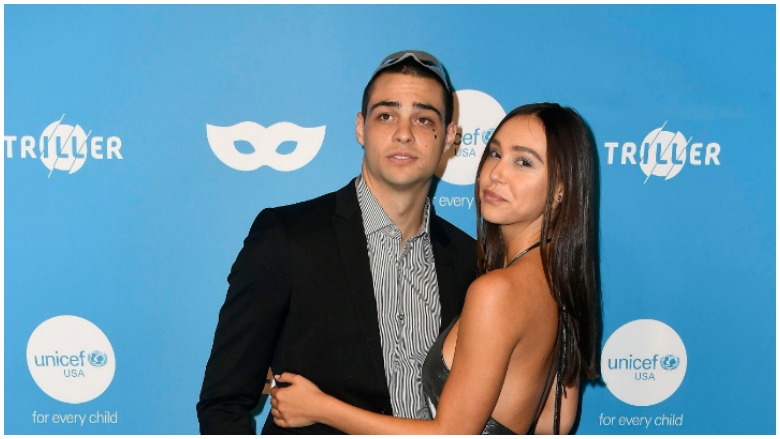 Noah and Alexis were first spotted together in May of 2019 after they met through mutual friends, according to Wonderwall.

The actor was seen greeting the Dancing With the Stars Season 27 alum at the airport in Palm Beach, Florida. A fellow passenger told Us Weekly that it was “very clear” the two celebs were a couple when Noah picked Alexis up at the airport.

“He picked her up as she was on my flight,” the onlooker dished. “He was waiting for her at baggage claim. He kissed her on the head, [and] they were holding hands and hugging.”

That fall, the two were being spotted leaving a West Hollywood restaurant together, and later at a Whole Foods Market in downtown Los Angeles. They made their red carpet debut at the UNICEF Masquerade Ball in West Hollywood that October.

The following month, Alexis gushed about her boyfriend to Us Weekly.

“He’s so special and I’m just really, really grateful I can be in his life and help support him in his own journey,” she said in November 2019. “He has a heart of gold. An absolute heart of gold.”

She also described her boyfriend as “so selfless.” The model gave insight into what a typical date night with Noah was like.

“We both love art so whether it’s being in nature or painting or just creating in some kind of way,” she said.

In early 2020, an insider confirmed the couple had called it quits.

“They broke up a few weeks ago,” a source told Us Weekly in April of last year.

The two also unfollowed each other on Instagram and deleted photos from their accounts.

While no reason was given for the split, Alexis seemed especially heartbroken over it. She told Entertainment Tonight the split inspired her to open up in new ways by creating music.

“Heartbreak just breaks you open, and here’s your soul and, like, create with it,” she said. “So, that’s exactly what happened.”

“I wanted a better relationship with myself after that,” she added of the split. “That was definitely the conversation I had. I was like, ‘How can I now treat myself better? I think a lot of people when a breakup happens, we think it’s our fault. We think we could have done things better. We could have done this. And for me, it was like, ‘OK, the universe wants me to focus on myself,’ and I can totally do that.”

READ NEXT: Does Noah Centineo Have a Girlfriend?

Read More
Celebrities, Dancing With The Stars, Netflix, TV
The 'To All the Boys I've Loved Before' star dated a 'Dancing With the Stars' contestant.