Paramount+ got into the Super Bowl game in a major way.

Before, during, and after Super Bowl LV, the upcoming streaming platform made its presence known with plans for a series of spots featuring characters from ViacomCBS properties such as Survivor, Star Trek, Jersey Shore, CBS This Morning, Dora the Explorer, and many more as they trekked to the snow-covered Paramount Mountain.

On Super Bowl Sunday, the trek finished with the final installment, titled “Sweet Victory,” as the cast of characters finally reached the summit — and it was definitely worth the wait.

At the top of the mountain, the group was greeted by Star Trek: Picard’s Patrick Stewart, as well as late-night host Stephen Colbert, who was in bartender mode. Stewart informed the group they were “metaphors” for a mountain of entertainment, then he burst into dance.

You can see the ad below:

In the first spot, which aired last month,  a group of iconic TV figures headed toward the fictional Paramount Mountain in the snow. TV host James Corden, CBS This Morning’s Gayle King, Star Trek: Strange New World’s Captain Spike (Anson Mounty) and Spock (Ethan Peck), Jersey Shore’s Nicole “Snooki” Polizzi,  and animated characters Dora the Explorer and Beavis and Butthead were among the group way to their way across a snow-covered terrain for the “extraordinary expedition.”

Stewart narrated as a torch-carrying Probst led the pack of “heroes and truth seekers….leaders and intellects…world travelers, world champions,” and “Snooki, of the Jersey Shore.”

In subsequent spots shared on the Paramount+ Instagram page, a leader emerged – that’d be Dora with her talking map, although she got some pushback from CBS’ NFL Today analyst Bill Cowher. Another ad featured a screaming Probst climbing his way up the mountain for the ultimate “cliffhanger.” 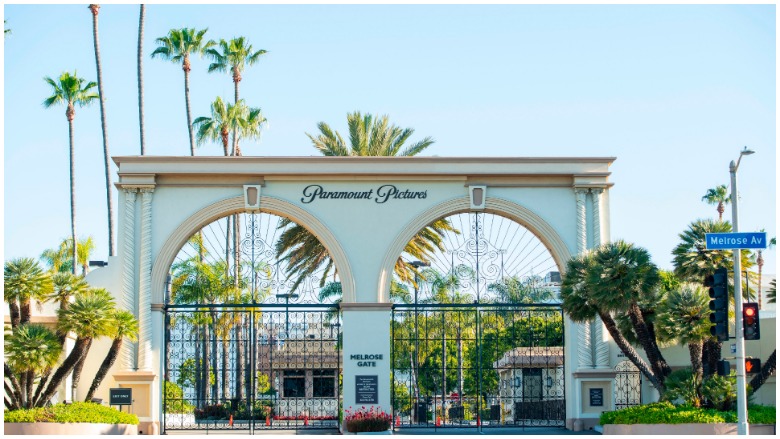 The mountain-themed campaign kicked off during the AFC Championship game which aired on CBS in late January. The network went on to make full use of its huge platform on Super Bowl Sunday.

The promotion for Paramount+, which is an expanded version of the long-running CBS All Access, was set to include prominent promos during CBS’ Super Bowl LV telecast as well as the network’s pregame and postgame coverage. Support on digital and social mediums and in-game “stunt” was also planned as part of a major promotional feed, according to Adweek.

“We’re going to wrap the Super Bowl in surround sound,” ViacomCBS Digital’s CMO Domenic DiMeglio told the outlet. “We really want to make this a moment for Paramount+.”

The snowy expedition featuring famous characters — and a mountain that has been featured at the opening of Paramount movies since the film company’s logo debited in the 1930s – is the first part of the service’s three-part marketing plan.

Phase two of the Paramount+ marketing plan will take place following the Super Bowl game, with more spots that will highlight the new service’s vast programming inventory. Ads will also air during the series premiere of the drama series The Equalizer and during a special Super Bowl Sunday night edition of CBS’ Late Show With Stephen Colbert, officially making Game Day Paramount’s big day as well.