Betty White was a beloved television star, but did she ever hobnob with the Housewives? The legendary “Mary Tyler Moore Show” and “Golden Girls” star passed away on December 31, just shy of her 100th birthday, according to TMZ.

Since that time, tributes to White have flooded social media, including posts from several stars from Bravo’s Real Housewives reality franchise.

Meyer captioned the post with a quote from White, then added that the photo was from the second season of “Off Their Rockers,” which was an NBC prank show helmed by White a decade ago, per IMDb.

While Meyer’s caption explained the photos, a few fans were confused by White’s presence among the Bravo stars.

“Oh I never knew she appeared on The Housewives! When was this? Loved her RIP,” one fan wrote.

“What was the occasion? another asked.

Meyer replied to tell the fans that it was from White’s TV show, not hers.

“Tune in tonight to Betty White’s new show ‘Off Their Rockers’ on NBC some of us RHOBH girls make a cameo :-) so fun working with Betty White,” she wrote.

While on the show with the classic TV legend, the RHOBH ladies attempted to plug several of their side projects, such as Richards’ “new skincare line” and Maloof’s wine brand. White then told the reality stars, “Sorry girls, you can’t talk about your products on this how. It’s network policy.”

As the disappointed RHOBH stars apologized a banner for White’s “brand new cookbook” dropped down.

“You can see the segment below:

Richards, who started work as a child actor in the 1970s,  recently told the Los Angeles Times that White was her idol and that she hoped to follow in her footsteps “and be doing this [acting] when I’m 100.”

Betty White Did Make a Cameo on a Real Housewives Episode, Just Not in Beverly Hills 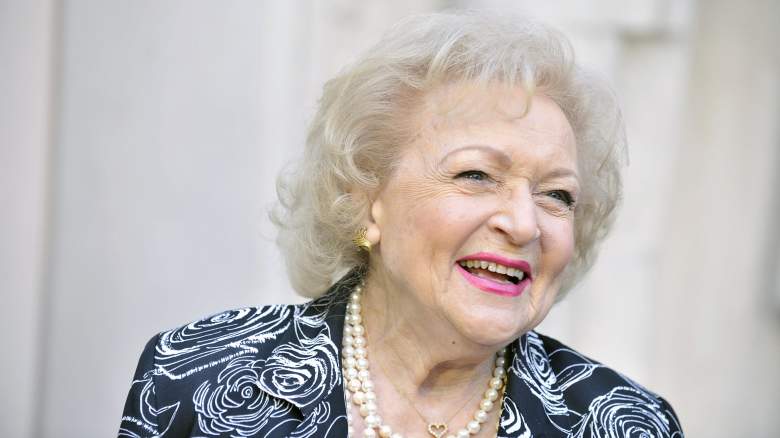 GettyBetty White on May 10, 2012, in North Hollywood, California.

The episode took place in the eighth season of the Orange County-based reality show when Heather Dubrow was cast as a guest star on White’s TV Land sitcom “Hot in Cleveland.” According to ScreenRant, White made a cameo during DuBrow’s table read for the episode as she stopped by to greet the RHOC star.

Loading more stories
wpDiscuz
0
0
Would love your thoughts, please comment.x
()
x
| Reply
A RHOBH alum shared a photo of the cast with the late TV legend.