Brandi Glanville set the record straight after she was criticized for not looking like herself during a recent interview.

The 48-year-old former Real Housewives of Beverly Hills star shared a graphic photo to Twitter as she revealed that she suffered an at-home accident three months ago and burned her face. In the photo shared to her social media page, Glanville gave a close-up look at second-degree burns and redness on her face after she fumbled while using a psoriasis light.

“So this happened to me in December,’ Glanville captioned the shot. “2nd degree burns all over my face from an accident with a psoriasis light I am still healing & really didn’t want to share these photos but since @DailyMail is attacking my looks here is the 411.”

Glanville went on to explain that she also burned her eyes during the freak accident. “My retinas were burned, my eyelashes burned off [so] I couldn’t open my eyes [for] three days, the light was so painful,”  she tweeted.

So this happened to me in December 2nd degree burns all over my face from an accident with a psoriasis light I am still healing & really didn’t want to share these photos but since ⁦@DailyMail⁩ is attacking my looks her is the 411 pic.twitter.com/xu21lZSEum

The Drinking and Tweeting author also addressed followers who asked her how the painful incident happened.

“It was an accident obviously,” she wrote. “My doctor told me to hold the light over my face for 17.3 what I thought were minutes but it was seconds.” 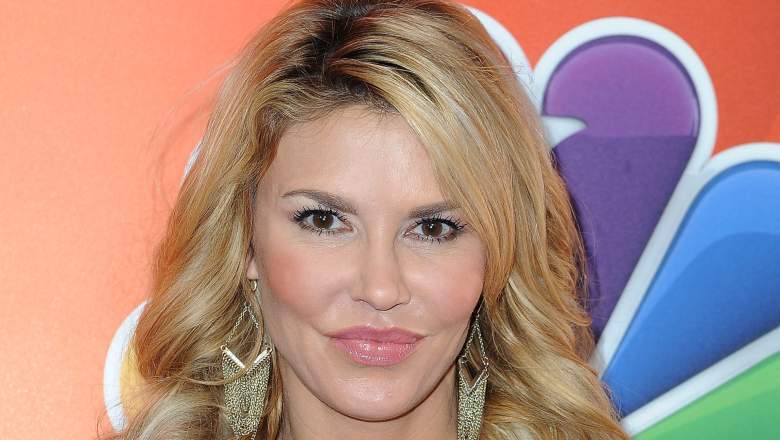 The unexpected photo was shared after the British tabloid The Daily Mail posted an article as they described Glanville’s face as “unrecognizable” when she appeared on the Australian TV program The Morning Show. The outlet described the mom of two as having a “plump pout” months after she denied plastic surgery rumors. The outlet also noted that in 2018, Glanville claimed her altered appearance was a result of a “botched laser hair removal procedure” that caused permanent nerve damage to her top lip.

“Everyone wants to know why my top lip doesn’t move,” the outlet quoted Glanville as saying. “I had laser hair removal, I got a third-degree burn. That is why I have some nerve damage and scar tissue, so I talk out of the side of my mouth,”

Glanville responded directly to the Daily Mail’s new article with a tweet in which she blasted the publication for pointing out her changed looks.

“I feel like this could be bullying,” she wrote to the outlet. “ I have not had plastic surgery on my face! I’m 10 years older and 15 pounds heavier at the moment so my face is a little bit fat. My lids are little heavier my brows have fallen it’s called AGING but thanks for making me feel like sh–.”

Brandi Glanville Covered Her Face With a  Mask In December

While she did not reveal exactly when the accident took place in December, on Christmas Day Glanville posed with her former for LeAnn Rimes for a chummy holiday snap. The two women wore matching sequin face masks, so Glanville’s full face was not visible.

Glanville responded, to a fan offering support by revealing that she is doing “ok,” and she once again referenced that the accident took place over the holidays.

“I’m OK, but you know it happened in December,” she wrote. “I’m still swollen and having people attack my looks just makes me feel like I never wanna leave my house and I just want to cry.

Glanville also revealed that she is going through a difficult time after recently finding out that her best friend has pancreatic cancer. “It just seems like it’s not the time to attack [people’s] looks,” she wrote.