Brandi Glanville wants to get paid to talk. The 48-year-old former Real Housewives of Beverly Hills star teased a surprising career goal amid the recent shake-up on the Emmy-winning talk show, The Talk, which resulted in the unexpected exit of Sharon Osbourne.

Glanville took to Twitter to express interest in the opening on The Talk panel.

“I want to be on The Talk not as a guest but a host!” she wrote. “Putting it out into the world.”

One of the first followers to respond was Bravo’s Andy Cohen, who wrote to Glanville, “You’d give people a reason to tune in!”

Cohen has been vocal about The Talk drama, which came after Osbourne and her co-stars got into a heated exchange about racism while discussing Meghan Markle’s bombshell interview with Oprah Winfrey. While the show has been on hiatus ever since the blowout, Cohen told The Kyle and Jackie O Show it should have returned the next day so the ladies could have talked things out on the air.

Viewers Had a Mixed Reaction to Brandi Glanville’s Pitch 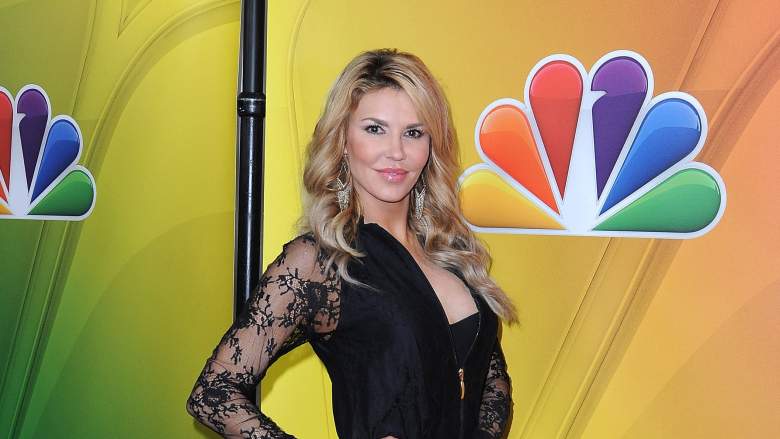 While there has been no announcement on plans to replace Osbourne on The Talk panel – which currently includes Sheryl Underwood, Carrie Ann Inaba, Amanda Kloots, and Elaine Welteroth— it’s not a  surprise that fans immediately weighed in on the idea of Glanville joining the long-running CBS chatfest.

Several commenters wrote that the unfiltered reality star would be a huge “liability” for the daytime talk show, which often airs live.

“I don’t think daytime TV could handle you, Brandi,” one viewer wrote.

“They could never afford the legal bills for the offensive things you would say,” another chimed in.

Others joked that the show would have to be prerecorded or air with “a large delay” due to Glanville’s penchant for off-color language and inappropriate humor.

“Can you stay sober & out of the clubs?” one viewer tweeted to Glanville. “Can you keep your clothes on & stop cursing?”

But others loved the idea of putting Glanville in a co-host’s chair.

“You’d be great,” another added. “They should do it now because if they don’t boost the ratings fast, a game show will be airing in that time slot in the fall.”

Glanville has plenty of experience in the entertainment industry. She competed on The Celebrity Apprentice and Celebrity Big Brother, has authored two books, and hosts the popular Brandi Glanville Unfiltered podcast.

More recently she teamed up with fellow Real Housewives alums Kenya Moore and Candiace Dillard Bassett for a Housewives parody on the Netflix comedy, Family Reunion.

And while Glanville was a cast member on The Real Housewives of Beverly Hills from 2011 to 2015, she’s popped up as a “Friend” of the Housewives in more recent seasons. She was even part of a scandalous storyline with Denise Richards last year after claiming she hooked up with the married actress. Interestingly, The Talk airs on CBS which is the same network that Richards works for on The Bold and the Beautiful.

Loading more stories
wpDiscuz
0
0
Would love your thoughts, please comment.x
()
x
| Reply
The reality star wants to be a co-host on the CBS chatfest.