The “Pretty Mess” singer, who is currently embroiled in a messy divorce battle with her estranged ex, former power attorney Tom Girardi, plans to call out her co-star now that she has watched the season 11 episodes back and has seen that Richards has not always had her back.

According to Screenrant, Richards has appeared “positive and consistent to Erika’s face on camera,”  but “speculative and suspicious” in her confessional interviews.

A source told The Sun that after seeing Richards questioning her “truth” regarding her divorce timeline and involvement in Girard’s embezzlement lawsuits, Jayne is not a happy camper.

“Erika’s so upset with her co-stars watching the show back because they backstab her behind her back,” the insider told the outlet. “She’s most furious with Kyle. She feels Kyle was the most two-faced to her and their friendship won’t be the same.”

The source added that Richards has tried to contact Jayne since the recent episodes aired, but that the singer is holding out to confront her on-camera.

“Kyle’s tried to check in since but Erika has had enough,” the source said. “They’ll settle their problems at the reunion.”

The source added that while Richards also has “a bone to pick” with Dorit Kemsley, her focus at the “RHOBH” reunion will be “defending herself and calling out Kyle.” 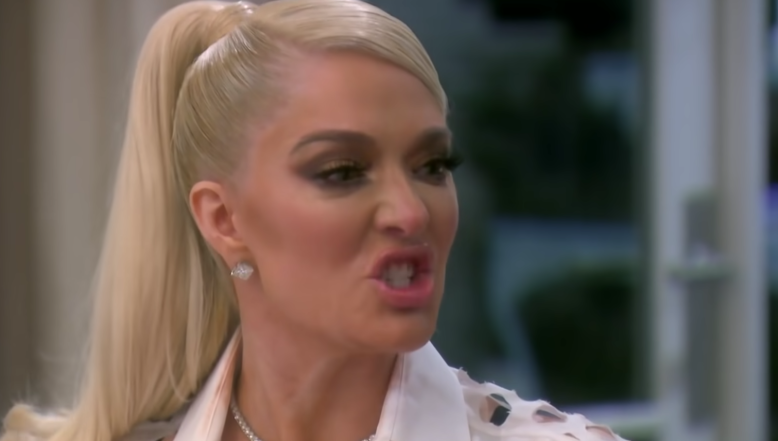 Jayne has already hinted to her social media followers that she has something planned. After one follower warned Jayne that “Kyle talked smack” about her and “was in agreement with what the other ladies were saying” about her, the singer tweeted back: “Don’t worry, we’ll get to that.”

The “RHOBH” reunion is set to film during the second week of September, but The Sun source said Jayne has been “prepping” for the showdown “for weeks” and is ready to battle it out with her co-stars on camera. 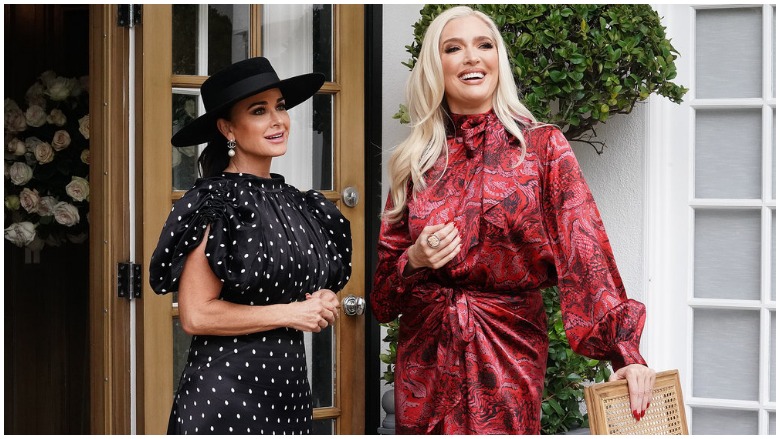 “Real Housewives fans have been divided on where Richards stands.  While some think the “Halloween” star has been two-faced towards Jayne, others believe that her confessional questioning is just so she can better understand her friend’s legal situation, which includes questions about $20 million that was funneled into her EJ Global LLC.

Many viewers zeroed in on the hellish dinner party at Richards’ sister Kathy Hilton’s house, during which Sutton Stracke spearheaded a conversation about Jayne’s legal mess, leaving all of the “RHOBH” castmates with more questions.

“I think Kyle is your true friend,” one fan tweeted to Jayne.”There was a lot of info coming out and she was curious, but I don’t think she ever doubted you…she didn’t think you were involved, at least that’s what my take on what she was saying.”

Richards has also maintained that she believes that Jayne has never lied to her.

“In tonight’s episode I said to Sutton in her backyard that Erika has never lied to me,” Richards tweeted on September 1. “Sutton spoke & it overlapped me so you couldn’t hear it well. But that is the truth. I have never known @erikajayne to be a liar #rhobh.”

In June, Richards said she had spoken to Jayne following the bombshell Hulu documentary about her life, titled “The Housewife and the Hustler.”