Getty A gavel in court

“Real Housewives of Beverly Hills” star Erika Jayne was served with a $55 million lawsuit at Los Angeles International Airport on July 25 after returning from a vacation to Hawaii, Page Six reports. The lawsuit, previously obtained by Heavy, was filed in early July as part of the ongoing legal battles surrounding Jayne’s estranged husband, Tom Girardi, and his law firm.

The 65-page lawsuit was filed in the Northern District of California federal court on July 6, 2022, by Edelson PC, a law firm that worked alongside Girardi’s firm, Girardi & Keese, to gain compensation for the families of victims of a 2018 plane crash in Indonesia. The lawsuit, which can be read here, names Jayne as a defendant alongside multiple Girardi & Keese lawyers and Jayne’s company, EJ Global. They are accused of conspiring to steal money from the victims’ families to use for their personal gain.

According to the lawsuit, “Indeed, the Girardi Keese firm operated what we now know was the largest criminal racketeering enterprise in the history of plaintiffs’ law. All told, it stole more than $100 million dollars from the firm’s clients, co-counsel, vendors, and many others unfortunate enough to do business with the firm. … In reality, the firm was siphoning off millions to fund Tom’s and his wife Erika’s all-consuming need to spend—funding a lifestyle so lavish that Erika was a cast member of ‘The Real Housewives of Beverly Hills.’”

The lawsuit adds, that Jayne and Giradi played up the fact that he was a powerful attorney, which, “wooed celebrities, judges, and politicians alike. But that money was not earned by the firm or by Tom. It was stolen: from co-counsel, from vendors with long overdue bills, and—by far the most unforgiveable for an attorney—from the firm’s own injured clients.”

Erika Jayne returns home from a trip to Hawaii and is served with a $50 million lawsuit. #RHOBH pic.twitter.com/5RlDi0Gg53

A video obtained by Page Six shows Jayne at LAX with fellow “RHOBH” star Lisa Rinna after returning from a vacation to Hawaii. Jayne, wearing all white and a face mask, is approached by a process server who hands her a stack of documents.

In the video, the process server can be heard telling Jayne, “I just wanted to give you these documents. This is a summons and complaint to serve you.” According to Page Six, Jayne had been on vacation with Rinna and another Housewife, Diana Jenkins.

The summons served to Jayne states that she has 21 days to respond to the lawsuit with an answer to the complaint or a motion for more time to file a response. “If you fail to respond, judgement by default will be entered against you for the relief demanded in the complaint,” the summons states. The case has been assigned to Magistrate Judge Sallie Kim.

Jayne’s lawyers have not commented about the latest development, but she and her representatives have denied any wrongdoing. Her attorney, Evan Borges, told Bloomberg Law in early July that the new lawsuit was, “another misguided attempt to blame Erika for actions of Tom Girardi and others of which she had no knowledge and in which she had no involvement.”

Northern District of California Federal CourtAn excerpt from the lawsuit.

The federal lawsuit accuses Jayne and the other defendants of violating the Racketeering (RICO) Act, along with conspiracy to commit racketeering and receipt of stolen property, according to the civil complaint obtained by Heavy.

The complaint states, “Erika acted as the ‘frontwoman’ of the operation, selling to the world (including unsuspecting clients) that Girardi Keese was successful. And she was exceptionally good in the role. … With tens of millions of dollars backing her, Erika shamelessly displayed a nationwide showroom of the money they stole on Real Housewives, famously spending $40,000 per month on her ‘look,’ and releasing a song called ‘XXPEN$IVE’—featuring the refrain ‘It’s expensive to be me.’ A

The lawsuit adds, “And when push came to shove and the fraud was close to being exposed, Erika clamped down on misleading the public into believing that an otherwise damning lawsuit was false and that the plaintiffs behind it were forced to apologize to Tom and the firm.”

Northern District of California Federal CourtAn excerpt from the lawsuit.

The lawsuit filed by Edelson PC against Jayne is not the only new legal issue she is facing. Nicolas Cage’s ex, Christina Fulton, filed a lawsuit in California state court in mid-July, accusing Jayne, her estranged husband and attorneys from his firm of using money she received in a settlement for their own personal expenses.

According to the lawsuit, which can be read here, Girardi helped secure a $700,000 settlement for Fulton after a car crash. But Fulton’s attorney told Heavy the money wasn’t given to her.

“Erika was named because a large part of the money that was stolen was used to fund Erika and Tom’s lavish lifestyles. It is directly traceable to their expenses. My client feels betrayed and hurt. Meanwhile Erika and Tom lived this wonderful life while she needed her settlement money and is still suffering from the injuries,” Ronald Richards told Heavy. “Contrary to her lawyers wishful thinking Erika is named in these lawsuits because she was the number one beneficiary of the misappropriated settlement signs of all the cases. Yet she refuses to see reality or return any of the proceeds that are demonstrated in the props used for the show, gifts and the income she is enjoying now. But for the theft of client funds Erika would’ve never been on the show.” 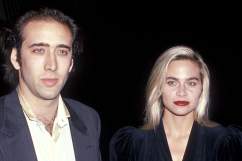 Loading more stories
wpDiscuz
0
0
Would love your thoughts, please comment.x
()
x
| Reply
A "Real Housewives" star was served with a massive lawsuit after her flight home from a vacation in Hawaii landed at LAX.