Garcelle Beauvais said the “Real Housewives of Beverly Hills” stars are raring to go, despite a few setbacks during filming.

In an interview with The Weekly Scoop With CJ, Beauvais told host CJ Sykes that filming for season 12 of the Bravo reality show got off to a “rough start” due to COVID-19 setbacks. But she also teased that the cast has already come through with the usual drama.

“It’s still going to deliver exactly what we all give,” she said.

Garcelle Beauvais Teased Drama With One of the New RHOBH ‘Friends’

In December 2021, it was confirmed that all of the season 11 “Real Housewives of Beverly Hills” stars — including Beauvais, Kyle Richards, Lisa Rinna, Erika Jayne, Dorit Kemsley, Sutton Stracke, Crystal Kung Minkoff, and Kathy Hilton — would be returning for season 12, along with two new women in the “friend of” role.

Businesswoman and mom of three Sanela Diana Jenkins, 48, the ex-wife of British financier Roger Jenkins, was cast on the show as was Sheree Zampino, 54, the ex-wife of actor Will Smith and mother of his eldest son, Trey. Jenkins was introduced to the RHOBH group by her pal, Lisa Rinna, per Screenrant, while Zampino is a longtime friend of Beauvais’.

Ahead of the cast announcement, Beauvais told People she had been “pitching” for her good friend Zampino to join her on RHOBH.

“I would love her to be a friend on the show,” Beauvais said last year. “I would love to have someone I can trust.”

Her wish came true, but in the new interview, Beavis told Sykes that things haven’t been going exactly smoothly with the other one of her new co-stars.

“We got a new girl,” Beauvais said. “Sheree Zampino is my friend. And then we have Diana Jenkins, who, her and I got, we hit a bump, that’s all I can say.”

Beauvais did not elaborate on the bumpy ride with the Bravo newbie, but she noted, “I always think it’s great to bring new people in who bring different energy.” She also said she is interested to see how her interaction with the RHOBH newcomer will be edited, but she added, “They can’t edit what you don’t give them.”

Beauvais also revealed that after shooting her first scene for “The Real Housewives of Beverly Hills,” Zampino asked her, “Did you call for backup?” 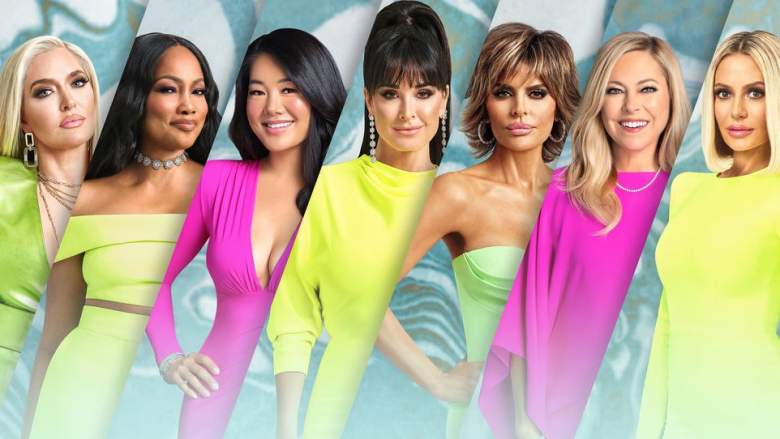 During the interview, Sykes also asked Beauvais about rumors that there was trouble between her and co-star Sutton Stracke.

“No no no,” she said. “I don’t know where that came from. I love that girl. We are like sisters. Sometimes we may have quarrels, but nothing everlasting.”

Beauvais also gave an update on her relationship with former RHOBH star Denise Richards. While she admitted she has not spoken to Richards since November, she said they do exchange text messages.

“It’s hard sometimes to nail that girl down,” Beauvais revealed. She added that she has had such a long friendship with Richards that it’s not something she would just throw away.