Another “Real Housewives” star is getting ready to tell all.

“Real Housewives of Beverly Hills” star Garcelle Beauvais has revealed plans to write her memoir. The 54-year-old actress announced on Instagram that her book, titled “Love Me As I Am,” will be released in the spring of 2022.

“My very first memoir will be here on April 12,” Beauvais captioned a post of the book’s cover. “I am so excited for you all to get to know me and my story better.”

Beauvais, who first joined the RHOBH cast in 2019, received congratulations from several of her co-stars, including Kyle Richards, Dorit Kemsley, and Crystal Kung Minkoff, as she announced her book release hours before the first part of the explosive RHOBH season 11 reunion aired on Bravo.

The upcoming book will delve into Beauvais’ childhood growing up in Haiti, as well as her life as a model, actress, and mother, and culminating with her current stints on RHOBH and as co-host on “The Real,” per the synopsis on her HarperCollins author page.

In her book, Beauvais will also reveal how she learned to “unapologetically put herself first.” The former “NYPD Blue” star will also share stories about her three sons and her ex-husband, Michael Nilon.

The book description also teased some “juicy behind-the-scenes stories” from movie sets, red carpet events, and from her two seasons on the Bravo reality show, which were dominated by Denise Richards and Erika Jayne’s personal drama. Beauvais is the first Black cast member on “The Real Housewives of Beverly Hills” and has been open about how she has struggled to fit in with her co-stars.

Beauvais told People that writing her memoir was an “eye-opening experience.” 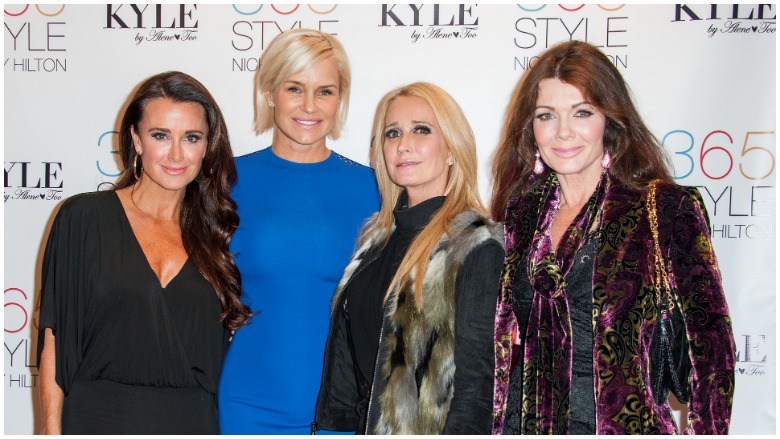 GettyKyle Richards, Yolanda Foster, Kim Richards and Lisa Vanderpump attend Nicky Hilton’s “365 Style?” book party for the filming of “The Real Housewives of Beverly Hills” at Kyle by Alene Too

Beauvais is not the first RHOBH star to write her memoir. Her co-stars Erika Jayne, Lisa Rinna, and Kyle Richards have all penned books, as have former RHOBH stars Lisa Vanderpump, Taylor Armstrong, Yolanda Foster, and Brandi Glanville.

During a past “Real Housewives of Beverly Hills” reunion, viewers were shocked when Erika Jayne revealed that her now ex-husband, Tom Girardi, didn’t read her 2018 tell-all, “The Pretty Mess.”

A RHOBH book that no one may ever read is former star Kim Richards’ previously announced tell-all, which was supposed to be titled, ‘The Whole Truth” The Reality of It All.” But after a series of back and forth publishing dates, the book appears to be scrapped by the publisher.

Richards’ memoir would have been a doozy — the HarperCollins website once teased the book as “the soul-baring confession of a woman revealing what it was like to be treated like a show pony as a child star, as a disposable object as a wife, a whipping post as a sister, and as a tabloid commodity as a celebrity.”

Kim’s sister, Kyle Richards, admitted to People that the shady book description took her “aback” but that she was  “very curious” to read her sister’s book. At the time, the former child star told Page Six it was difficult to re-live her painful past while penning her memoir.

Loading more stories
wpDiscuz
0
0
Would love your thoughts, please comment.x
()
x
| Reply
The "Real Housewives of Beverly Hills" star will tell all in her memoir.