Gregg Leakes, the husband of former “Real Housewives of Atlanta” star Nene Leakes, has died following a long battle with colon cancer. The 67-year-old real estate investor passed away shortly after his wife told fans that he was “transitioning to the other side” and was at home dying. Nene later posted a praying hands emoji to Instagram with the caption “Broken.” 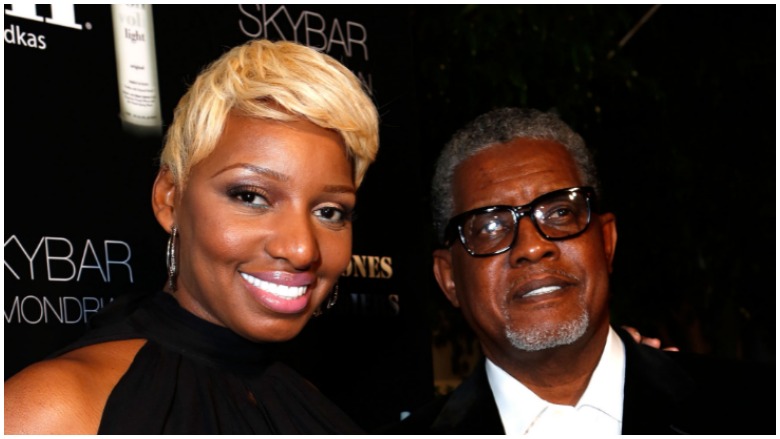 GettyNeNe and Gregg Leakes in 2012.

Gregg and Nene first married in 1997. Starcasm shared photos from the couple’s 1997 wedding that showed the future Bravo star and her husband in their wedding attire. In a video from the ceremony, Gregg said, “Today we got married, and I am the most happy man in the world… to have a beautiful wife like Nene. I love her with all my heart, and I really do mean it. And I look forward to making her happy the rest of her life, I love you, sweetie.”

The couple’s ups and downs caused them to divorce in 2011 while Nene was starring on the third season of “The Real Housewives of Atlanta.”  Nene told Ebony magazine (via Radar Online) that it ”hurt” her to file for divorce from her husband, but that at the time she felt like she needed to “let him see if the grass was really greener on the other side.”

Gregg and Nene later reconciled and ultimately remarried in 2013.

Gregg and Nene have one child children together, a son named Brentt Leakes.  Gregg also helped Nene raise her son Bryson, who she had from a previous relationship with her ex-boyfriend Calvin Bryant, according to the fanpage Nene Leakes Fandom. The reality star also has a granddaughter named Bri’Asia Bryant, who was born in 2012.

Gregg also has five other children from a previous relationship, according to TV Overmind. The children he fathered before he was with Nene are twins Damian and Daryl, two other sons named Dexter and Denton, and a daughter named Katrina.

In a 2013 interview with Entertainment Weekly, Nene talked about her Bravo docuseries “I Dream of Nene: The Wedding” and revealed that viewers would see another side of her relationship — and learn about the previous marriage her husband had.

“We’ve talked about a lot of stuff in my marriage on ‘The Real Housewives of Atlanta,’ but you’ve never met Gregg’s children,” she said at the time. “People never knew that Gregg had five children — he’s been married before for almost 20 years.”

Nene added, “It was difficult for us to blend our families.” She also revealed that Gregg and his ex-wife went through a “very bitter divorce” and their kids were put in the middle of it.

“She literally picked them up for her weekend visit and never brought them back,” Nene said of Gregg’s ex-wife. “Gregg didn’t fight her. He just disconnected. And when Gregg would try to connect with his children, he would call up his ex-wife and ask if he can see the children, she would say no. It was a bitter war.”

She also confirmed that she had no relationship with her husband’s ex. At the time of the interview, Nene revealed,  “In my entire life of being with Gregg … I’ve only met that lady twice.”

READ NEXT: Why Nene Leakes Left ‘The Real Housewives of Atlanta’