Getty Heather Locklear attends the world premiere of the Lifetime original movie 'Don't Sweat the Small Stuff: The Kristine Carlson Story" at the Orinda Theatre on October 14, 2021 in Orinda, California.

Heather Locklear set the record straight about rumors that she’s joining the cast of “Real Housewives of Beverly Hills.”

During an appearance on “The Kelly Clarkson Show,” the 60-year-old actress was asked if she will be joining the Bravo reality show alongside her former “Melrose Place” co-star, Lisa Rinna.

In the interview with Clarkson, Locklear immediately shot down the idea of a reality TV reunion with Rinna – but for a surprising reason.

Locklear said her real life is far from glamorous.

“I’m just gonna lay in bed on the screen,” she joked. 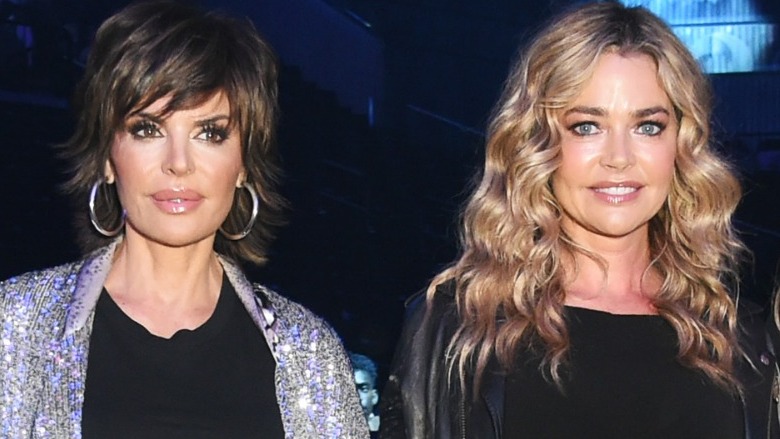 While she’s downplaying the chance of ever being a “RHOBH” diamond holder, Locklear would have an instant storyline should she ever decide to join the show.

Fans may recall that during the “RHOBH” season 10 reunion, Lisa Rinna brought up Locklear’s name while arguing with former “RHOBH” castmate Denise Richards about their fractured friendship.

“I go back to when she was friends with Heather Locklear,” Rinna said at the time.

After Richards told Rinna that bringing up Heather Locklear’s name was “low,” Rinna told host Andy Cohen to “Google it” if he wanted to know what she was talking about, per Hollywood Life.

According to TooFab, Richards and Locklear used to be friends when they were married to actor Charlie Sheen and Bon Jovi guitarist Richie Sambora, respectively. But after both couples divorced, Richards began dating Sambora.

Richards later downplayed her friendship with Locklear. The “Wild Things” actress told Entertainment Tonight, “You can’t help who you fall for and that friendship, unfortunately, was done and wasn’t salvageable.”

She also addressed people who questioned how she could date her best friend’s ex-husband.

“You know, she wasn’t my best friend,” Richards said. “She was a close friend in the last couple of years. I hadn’t known her my whole life [like people are] portraying this.”

Richards also made it clear that she and Sambora weren’t unfaithful in their marriages and only got together once they were both single. Richards and Sambora dated for a year before splitting in 2007, and they briefly got back together five years later, according to Us Weekly.

Garcelle Beauvais Has Been Pitching For Denise Richards to Rejoin ‘RHOBH’ 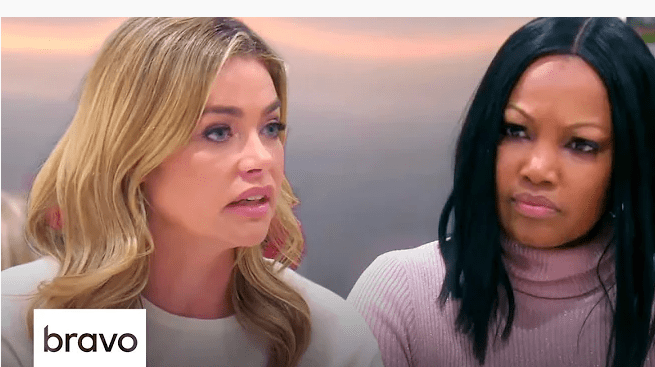 While Locklear has given a  firm “no” to joining “RHOBH,” Richards could be another story — eventually. Richards’ name was mentioned several times on the 11th season of the show – so much so that an insider told Us Weekly she said, “’Do I get paid for every time my name comes up?’ and she meant it.’”

And at least one “Housewives” star wants to see Richards back on the Beverly Hills-based Bravo reality show.

“I would love if Denise came back,” Garcelle Beauvais told People in October 2021. “I would love to have someone I can trust.”

But while the Us Weekly insider said Richards hasn’t completely ruled out a “RHOBH” return in the future, it won’t be happening anytime soon.

“She has other projects in the works,” the source said. “She doesn’t have time for it, let alone does not want to be involved in the drama and stress it’s caused. She has enough of that already in her life.”