“The Real Housewives of Salt Lake City” star Jen Shah will be able to enjoy her freedom for a little while longer. A federal judge agreed to delay Shah’s sentencing until December at the request of the U.S. Attorney’s Office. The prosecutors made the request because of a scheduling conflict, according to court documents obtained by Heavy.

Shah was scheduled to be sentenced on November 28, 2022. She will now face sentencing before U.S. District Judge Sidney Stein in the Southern District of New York court on December 15, 2022, court records show. Shah pleaded guilty in July in Manhattan federal court to conspiracy to commit wire fraud in connection to telemarketing. She faces a maximum of 30 years in prison and will likely receive a significant amount of time behind bars, according to her plea agreement.

The letter didn’t explain what the scheduling conflict is. Stein agreed to the request in an October 7, 2022, ruling. Stein set a November 30, 2022, deadline for the defense to submit its sentencing recommendation, while prosecutors will have to file a sentencing submission by December 1, 2022, records show.

Shah’s surprise guilty plea took place just before her trial was expected to start. She had previously said on the Bravo reality TV show that she was innocent and would be fighting the case in court. Shah was arrested on March 30, 2021, and has been free on bond since then. A charge of conspiracy to commit money laundering was dropped as part of her guilty plea. Her attorney issued a statement apologizing on Shah’s behalf after she pleaded guilty.

“Jen pled guilty because she wants to pay her debt to society and put this ordeal behind her and her family. Ms. Shah is a good woman who crossed a line,” attorney Priya Chaudhry said in a July statement. “She accepts full responsibility for her actions and deeply apologizes to all who have been harmed. Ms. Shah is also sorry for disappointing her husband, children, family, friends and supporters.” 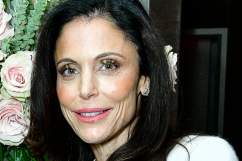 NBCUMVJen Shah at the season one reunion

Shah’s plea agreement indicates she is likely to be sentenced to several years in federal prison. But it will be Stein, the judge, who makes the ultimate decision, based on sentencing guidelines, recommendations from prosecutors and Shah’s lawyers and a recommendation from the federal probation office.

After Shah pleaded guilty, Manhattan U.S. Attorney Damian Williams said in a statement, “Jennifer Shah was a key participant in a nationwide scheme that targeted elderly, vulnerable victims. These victims were sold false promises of financial security but instead Shah and her co-conspirators defrauded them out of their savings and left them with nothing to show for it. This Office is committed to rooting out these schemes whatever form they take.” 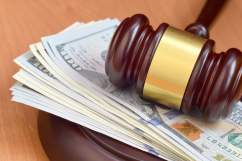 Loading more stories
wpDiscuz
0
0
Would love your thoughts, please comment.x
()
x
| Reply
Jen Shah will be a free woman for a little while longer.