Jen Shah’s “Real Housewives of Salt Lake City” audition tape came back to haunt her in a new Hulu documentary.

In “The Housewife & the Shah Shocker,” the controversial Utah-based businesswoman’s Bravo audition was examined by experts who wonder why the funding of her lavish lifestyle wasn’t questioned before she was arrested by federal agents earlier this year.  In March 2021, Shah was arrested and charged with conspiracy to commit wire fraud and money laundering as part of a nationwide telemarketing scheme, according to CNN. Her alleged scam with her assistant Stuart Smith targeted elderly clients.

Jen Shah Bragged That She Spent $50,000 Per Month & She Was Seen Boarding a Private Jet in Her RHOSLC Audition Tape

Shah’s expensive lifestyle was flaunted throughout the first season of “The Real Housewives of Salt Lake City.”  Her Bravo profile teased:  “Always decked  out  in designer brands, Jen loves to host parties and spares no expense — it’s important to her that everyone knows she is the best host in Utah.”

In her “Real Housewives of Salt Lake City” audition tape (seen above), Shah bragged that she lived in an exclusive community. Fans know that she rented the pricey “Shah Chalet” that was featured on the Bravo reality show.

Shah also revealed that she had no tolerance for women who “sit around all day” and don’t work.

“I had to work my a** off here in Utah,” Shah said in her casting tape. “We live in a gated community. …My husband travels a lot. There are like 20 pieces of luggage when we travel and like maybe 17 of them are mine.”

“I probably spend at least 50 grand a month,” she added.

Shah’s husband Sharrieff, who is employed as the assistant football coach at the University of Utah, was also seen on the audition tape saying his wife was “two types of crazy.”

“My wife’s shopping habits can be in it of themselves a daily source of my drama,” he added.

Jen Shah Previously Explained How She Funded Her Lavish Lifestyle 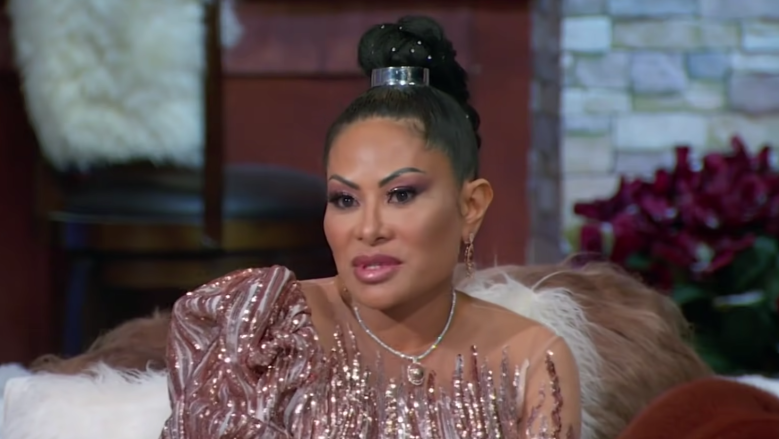 Shah never claimed that her expensive lifestyle was funded by her husband’s assistant coach’s salary. He RHOSLC profiled described her as “the CEO of three marketing companies.”

In an interview with “Access Hollywood”  in November 2020, Shah also answered a question about where she got the money to fund her “lavish lifestyle.”

“I own three different marketing companies,” she said at the time. “We do lead generation, data monetization. So it’s customer acquisition.”

She went on to describe herself as ”The Wizard of Oz,” making money behind the scenes.

“So when ads are popping to you guys, when you’re like ‘how the hell do they know I’m shopping at Neiman Marcus,’ that’s me,” she explained.

Shah also explained why she employed so many assistants. During the season 1 RHOSLC reunion, host Andy Cohen shared a viewer question about her Shah squad.

“Why do you need four assistants?” Cohen asked Shah, per BravoTV.com. “Break down what each of them do for you outside of clapping for your fabulous outfits and driving you around.”

“I need a lot of help, you know?” Shah responded. “They all do different things. I run a lot of different companies and businesses, and a lot of them have different roles in the companies.”