Kim Richards will be telling all, after all.

The former Real Housewives of Beverly Hills star’s long-awaited memoir, “The Whole Truth: The Reality of It All,” has a new release date set by publisher HarperCollins’ Dey Street Books division. The book is set to be published on October 15, 2021, per a product listing on Amazon.com. The publication date coincides with the first day of the annual BravoCon convention in New York City, per Bravo.com, which means Richards’ book will likely get plenty of press.

Kim Richards’ Book Deal Was Previously Scrapped By the Publisher 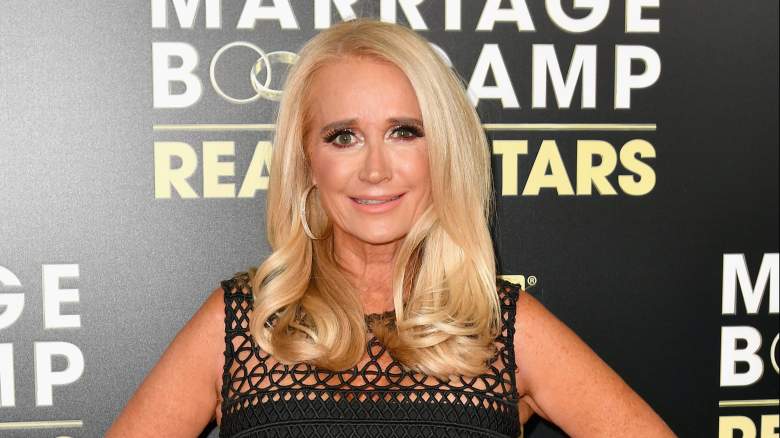 Richards’ book has been in the works for years, but earlier this year, a source claimed publication for the memoir hit a major snag following a series of setbacks. In March 2021, an insider told The Daily Mail that after multiple changed release dates dating back to April 2020, Richards’ memoir, was scrapped by the publisher altogether.

“’They killed it,” the insider told the outlet. “And they’re letting Kim keep the $300,000 book advance. [Harper Collins] said they didn’t think they would ‘be able’ to recoup the money so they’re taking it as a loss.”

The insider noted that the former child star’s book was “cursed” from the beginning with a 2019 lawsuit — Richards was sued by ghostwriter Allison Kinsgley Baker for $5,000 in unpaid services, per Reality Blurb — and multiple delays with the manuscript.

“No one should be surprised it was finally given the ax,” the source dished at the time.

Kim Richards Book Could Cause More Drama For Her Famous Family

Kim Richards and her sister Kyle are no strangers to airing their dirty laundry. The celebrity siblings got into an explosive argument during the first season of “The Real Housewives of Beverly Hills,” when Kyle outed Kim as an alcoholic. The on-camera call-out spawned a lengthy family feud. Kim later accused Kyle of “stealing” her house in Palm Desert. While she left “RHOBH” to focus on her sobriety, Kim’s sisters Kyle and Kathy Hilton are still cast members on the Bravo reality show.

The book description on the HarperCollins website describes Kim Richards’ book as the  “harrowing, all-too-real, and ultimately empowering story of a woman who has been through hell and back,” before learning to become “her own fiercest advocate.”

“The soul-baring confession of a woman revealing what it was like to be treated like a show pony as a child star, as a disposable object as a wife, a whipping post as a sister, and as a tabloid commodity as a celebrity,” the description notes.

Richards, who never had a conventional childhood – she started out in commercials when she was just four months old,  per IMDB —  previously told Page Six it was not easy for her to relive her painful past while writing her memoir.

“Looking back at my life, every bit of it from the beginning, was very, wow,” she told the outlet in 2019. “Some of the … painful parts were tough. ”

“I’ve always been spiritual, but then I really started digging in and looking at really, like, who I was, who I became and who I am today,” she added. “Only time knows who I’ll end up being. I’m really continuing to grow and it’s been a process.”

In early 2020, Kyle Richards admitted to People she was surprised to find out that her older sister was writing a book about her life.

“I didn’t really know about the book,” the “RHOBH” veteran said. “I don’t really know a lot about it. All I know is we’re in a good place, so hopefully, we’re going to stay there. …Let’s hope we stay at that! Let’s hope it just stays there. That’s all I keep saying.”

The book description took the sisters – including the author – “aback,” Kyle added.

Loading more stories
wpDiscuz
0
0
Would love your thoughts, please comment.x
()
x
| Reply
The former RHOBH star will tell all in her memoir.