Kim Richards revealed if she has plans to make a return to “The Real Housewives of Beverly Hills.”

The former child star, who starred on the first five seasons of the Bravo reality show before downgrading to “friend of” and cameo statuses, spoke out while attending the Christmas in September toy drive at The Abbey in West Hollywood with her older sister, Kathy Hilton. The duo’s youngest sister, Kyle Richards, was not at the charity event.

When asked by Radar Online if she would consider a return to “The Real Housewives of Beverly Hills,” Kim replied, “Probably not.”  The outlet noted that her sister Kathy “looked on in approval” as she answered the question. 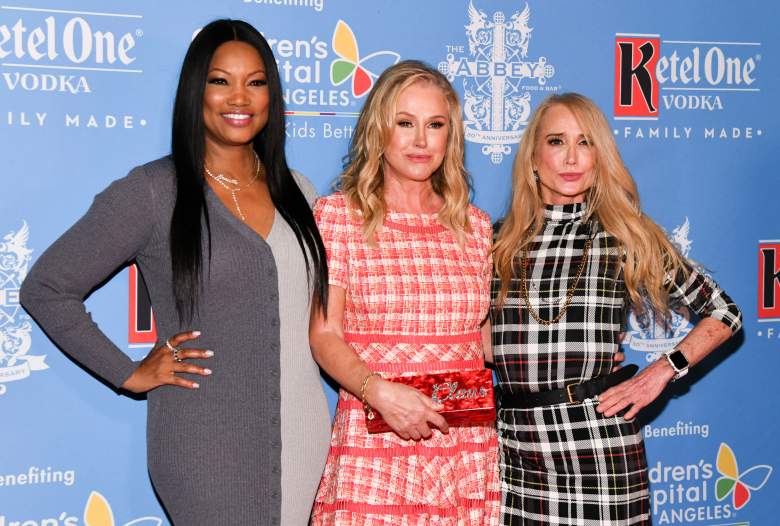 Fans have yet to see all of the Richards sisters star together on “The Real Housewives of Beverly Hills.” While Kim and Kyle were on the early seasons of the reality show and Kathy joined as a “friend of” for season 11, the entire concept for the series was actually based on the three sisters who grew up in an acting family.

During an episode of “Watch What Happens Live” in June 2021, Bravo host Andy Cohen revealed that the “RHOBH” was supposed to be a show about the celebrity sisters. After “WWHL” guest Paul Scheer told Cohen that he wanted to see a spinoff series about Kathy Hilton, the Bravo host replied, “Funny you should say that, because the Housewives of Beverly Hills almost didn’t happen. It was almost a show about Kim, Kathy, and Kyle.”

While Kathy did not join at the time, the first season of “RHOBH” starred Kim and Kyle, as well as  Lisa Vanderpump, Camille Grammer, Adrienne Maloof, and Taylor Armstrong.

It took Kathy a full 10 years to come around – and she even stopped watching her sisters on the show after their famous season 1 argument in which Kim accused Kyle of “stealing” her house and Kyle then revealing that Kim was an alcoholic.

Kathy revealed that when she was approached to join “RHOBH” for season 11, Kim gave her her blessing. She said her sister told her, “Yes, I think you should do it. Just don’t lose your temper.”

Kyle has been vocal about the sisters’ rotating strained relationships and the fact that all three of them are rarely on the same page when it comes to getting along. But in an interview with Digital Spy, she expressed hope that Kim would make a cameo on the 12th season of “The Real Housewives of Beverly Hills.”

“I think that’s highly likely,” Kyle told the outlet. “I mean, the fans have really said that [they want all three sisters together] over, and over, and over.”

She also explained that the main reason Kim didn’t make a cameo on season 11 was because she was nervous to film during the pandemic.

“My sister [Kim] was really uncomfortable,” she said. “We were filming during COVID and getting tested, and all that. She was very nervous. She, like, didn’t even leave her house. She was one of those people that just didn’t leave their home, they were so scared.”

Loading more stories
wpDiscuz
0
0
Would love your thoughts, please comment.x
()
x
| Reply
The original 'Real Housewives of Beverly Hills' star opened up about her future with the show.