Former “The Real Housewives of Atlanta” star Kim Zolciak-Biermann and her former NFL player husband Kroy Biermann are facing foreclosure on their Georgia mansion over $300,000 in unpaid debt, according to a legal notice posted in October 2022. An auction to sell the Alpharetta home is set for November 1 in Fulton County, public records show.

The legal notice was first spotted by a “Real Housewives” fan and posted on Reddit, on October 24, 2022. Heavy confirmed the authenticity of the legal notice. The couple could resolve the issue with their bank before the foreclosure sale. They could also file for bankruptcy or seek court action to stop the foreclosure, according to the Georgia law firm Morgan & Morgan.

According to the Georgia Consumer Protection Division, a notice of foreclosure sale is posted on four consecutive weeks in the Fulton County Daily Report. An auction is then held on the first Tuesday of the following month on the steps of the county courthouse.

Zolciak-Biermann, who starred on “RHOA” from 2008 to 2012 and the Bravo spinoff “Don’t Be Tardy” until 2020, and her husband could not be reached for comment by Heavy. They have not spoken out publicly about the foreclosure issue. Heavy will update this report if more information is available. The couple have been married since 2011 and have four children together. Zolciak-Biermann also has two daughters from previous relationships.

Kim Zolciak-Biermann and Kroy Biermann bought the Alpharetta house in October 2012 for $880,000, Fulton County public records show. The house was built in 2008. It sits on a 17,000-square-foot property and has 6,907 square feet of living area, including six bedrooms and six bathrooms, the public records website shows.

Along with their mortgage, the couple took out a $300,000 loan to finish construction and renovations on the mansion, Radar Online reported in 2014. It is that loan that has now led to the foreclosure issues.

According to Fulton County real estate records, the couple modified the loan in January 2018. At that time, $271,788.61 was still owed. Their monthly payment was changed to $1,132.46 plus accrued interest, records show. They initially obtained the loan in December 2013.

The public notice states, “The debt secured by said Security Deed has been and is hereby declared due because of, among other possible events of default, failure to pay the indebtedness as and when due and in the manner provided in the Note and Security Deed. The debt remaining in default, this sale will be made for the purpose of paying the same and all expenses of this sale, as provided in the Security Deed and by law, including attorney’s fees.” 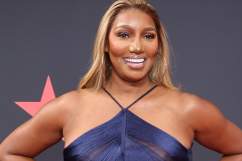 According to the Georgia-based law firm Gomez & Golumb, if the house is auctioned off on November 1, any excess funds after the $300,000 loan, interest and attorney’s fees are paid, will go to pay off the couple’s original mortgage. Any additional funds will then be given to the Biermanns, according to the law firm.

The Georgia Consumer Protection Division explains on its website:

When a person borrows money to buy real estate, such as a house or condominium, the loan is called a mortgage and requires monthly payments. In Georgia, if the property owner falls behind in making those payments, the lender can step in and sell the house at auction to settle the debt. Doing so is known as foreclosing on a property.”

The Georgia Consumer Protection Division adds, “During the weeks leading up to the courthouse auction date, many property owners are able to work things out with their lenders, seek bankruptcy protection or line up other arrangements to prevent the bank from selling off their homes. Just because a property is advertised for foreclosure does not necessarily mean it is in foreclosure or that the owner is in arrears. Some notices result from misunderstandings. Oftentimes matters are worked out (or halted) well in advance of the auction date but after the notice has been submitted for publication. Just because a property isn’t listed here doesn’t mean it’s not in foreclosure. Again, these listings are by no means the official notice.” 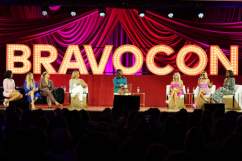 Loading more stories
wpDiscuz
0
0
Would love your thoughts, please comment.x
()
x
| Reply
Kim Zolciak-Biermann is facing foreclosure on her $2.8 million Georgia home, public records show. The house could be auctioned off in November over $300,000 in debt.