Kyle Richards finally sold her Bel-Air home. “The Real Housewives of Beverly Hills” star unloaded her house that has been on the market for nearly five years.

Richards and her husband Mauricio Umansky bought the 7-bedroom, 8-and-a half-bathroom house for $3 million in 2011, according to Radar Online. The home, which was featured prominently in the early seasons of RHOBH, first went on the market in 2017 for $6.995 million, then was listed as $50,000 per month short-term rental or $25,000 per month annual rental, Variety reported. The house most recently went back on the market in January 2022.

The family currently lives in Encino in a mansion previously owned by singer Smokey Robinson, according to Page Six. But it’s clear their former abode holds plenty of memories for them all.

In a post shared to Instagram, Richards’ daughter Alexia Umansky announced the sale of the home she grew up in. The young realtor, who works for her dad’s prestigious firm, The Agency, and was one of the listing agents on the property, posted a slideshow of the property with the caption, “JUST SOLD.”

“A bittersweet goodbye to the home I have countless memories in,” Umansky wrote. “A home that shaped so much of who I am today. It was an honor to pass it along to the next owners, who I know will love every moment here. Just 10 days on the market! Sold for $6,100,000.”

It didn’t take long for Richards to weigh in on her daughter’s post. “Bittersweet for sure,” the RHOBH veteran wrote in the comment section.

“Such a sweet home,” her co-star Sutton Stracke commented.

Sutton Stracke Previously Rented the House, But She Caused Some Damage 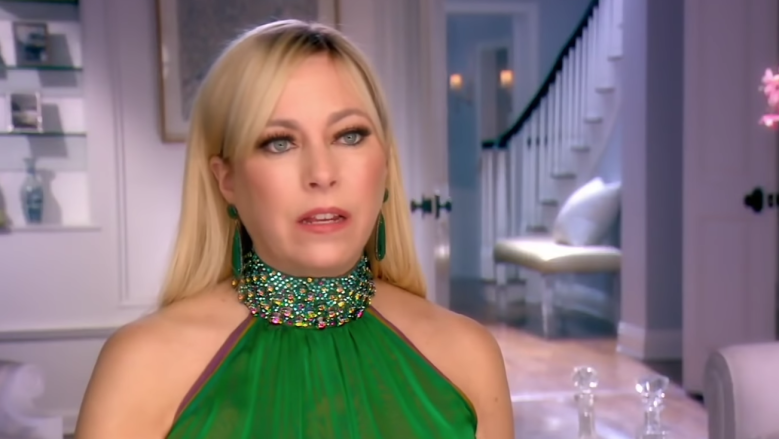 Richards’ spacious Bel-Air estate was featured in the early seasons of “The Real Housewives of Beverly Hills.”  She hosted her annual “White Party” at the home, and she also took Entertainment Tonight on a tour of $1.5 million in renovations she had done on the place to make it her dream home.

“When we first bought this house, it was an outdated ’80s modern. Not cute at all,” Richards told the outlet. “No, I didn’t love that, but I love the home. I love all the energy.”

Once the house was listed for sale, it was pulled on and off the market and finally got some action as a rental. In 2021, Richards’ co-star Sutton Stracke rented the Bel-Air mansion while her own home was being renovated.

The RHOBH stars’ landlord-tenant deal was for a “discounted” rate of $20,000 per month,  per BravoTV.com – with no security deposit.  But Stracke may have had to fork out some extra cash on the back end, as Richards revealed during the RHOBH Season 11 reunion.

“[Sutton] was a great tenant, although she did almost burn my house down,” Richards revealed on the reunion, adding that inspectors noted the damage to a fireplace during a “walk-through” after Stracke vacated the home.

As a photo of sooty damage appeared onscreen, Stracke claimed that all she did was turn the fireplace on. She also offered to pay for the damages to Richards’ home.

Loading more stories
wpDiscuz
0
0
Would love your thoughts, please comment.x
()
x
| Reply
The 'Real Housewives of Beverly Hills' star's home was on the market for years.