Kyle Richards called out Lisa Vanderpump in a new interview with Teddi Mellencamp.

The “Real Housewives of Beverly Hills” veteran opened up on Mellencamp’s Teddi Tea Podcast to talk about her recent run-in with Vanderpump at a Los Angeles restaurant, and she slammed her former co-star’s reason for quitting the Bravo reality show amid their fallout over the PuppyGate drama. 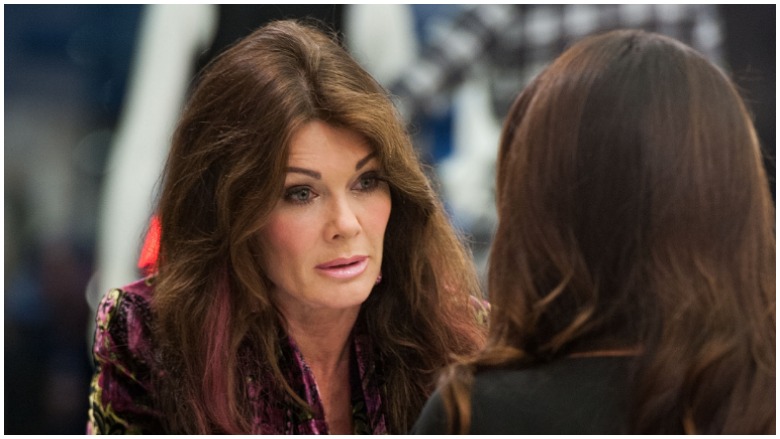 In the interview, Kyle revealed that she bumps into Lisa “now and then” in Beverly Hills and that she’s always nice to her, but that LVP is always “not nice back.” Kyle said that on Lisa’s most recent birthday, she and Teddi and bumped into her at the Beverly Hills Hotel and sent a bottle of champagne to her table, but Lisa moved her table “so she didn’t have to look at us.” Kyle added that the last time she saw Lisa she was with Dorit Kemsley, Adrienne Maloof, and some others at a restaurant and that the SUR owner was “very rude.”

The “Halloween” star added that for the first time ever, she did not say hello to Lisa the next time she saw her, which was while dining at Shu Restaurant with a “Real Housewives of Beverly Hills” producer earlier this month. Lisa and the producer exchanged hellos and Lisa later had her $132 restaurant tab sent over to the producer’s table, claiming it was a joke. The producer refused to pay the bill. On the podcast, Kyle insisted, “It was not a joke it was an “F you.”

Kyle also claimed that Lisa exited the restaurant 10 minutes before the bill arrived at the table that she shared with the producer.  Lisa later showed TMZ and the Daily Mail “receipts” that she paid the bill, but Kyle said the SUR owner was “so embarrassed” over the incident that she subsequently called the restaurant to apologize.

Teddi chimed in to say, “Like, who actually leaves a restaurant without [paying the bill]? Like, even if they can call you and get it paid or whatever, even if it’s a joke, even if you left a cash tip, it’s just rude to even put the restaurant in a position to even have to ask that.” 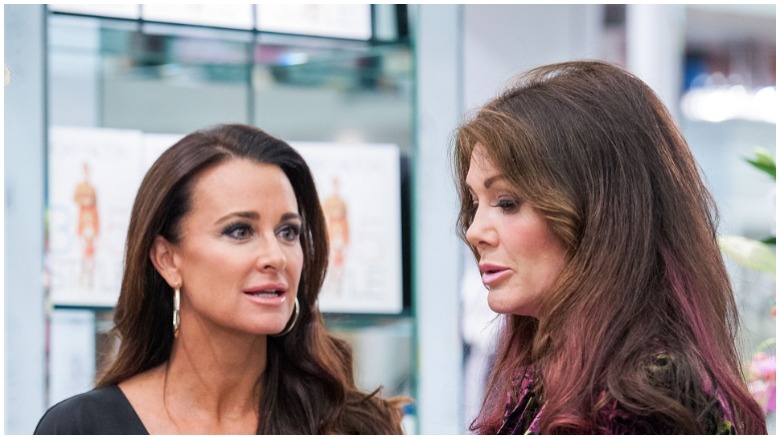 In the interview, Kyle also had some things to say about Lisa’s sudden exit from “The Real Housewives of Beverly Hills” after she was accused of selling the PuppyGate story to a tabloid.  Fans know that Kyle and Lisa had a huge blowout at the restaurateur’s Villa Rosa mansion, during which Lisa husband’s Ken Todd booted Kyle from the home. Lisa quit “RHOBH” at the end of Season 9, but Kyle said the falling out did not warrant her exit from the show.

“She signed up to do the Housewives and she’s gotten a lot out of it,” Kyle said of Lisa. “You know… her restaurants, her shows or whatever. I mean, honestly, in the big scheme of things, our big falling out was [me] saying that people think you [sold] this story and that’s why you leave? I mean, are you kidding me?”

She noted that if a similar situation took place on “The Real Housewives of New York City” or another franchise, it would have just blown over.

“If this would have happened on New York, do you think somebody would have never come back again?” Kyle asked. “Like, who cares? It’s not that big of a deal and it wasn’t that big of a deal. And it didn’t have to come to that, and she should have just said, ‘Okay, believe what you want,’ and moved on. But she’s bitter that it worked out the way it did…. Bitter spice.”