Kyle Richards celebrated a holiday tradition with friends, but some fans were confused by photos that she posted of the get-together.

In a new photo shared to her Instagram page,  the “Real Housewives of Beverly Hills” star posed with a group of friends in front of a Christmas tree in the lobby of the Beverly Wilshire Hotel in Beverly Hills, California. In a second snap, the group posed on a bench amid some snowman figurines.

The 52-year-old Bravo star tagged herself in the post as well as pals Jennie Leipart, Jana Levy, Christine Blackman, Justin Sylvester, and Teddi Mellencamp. Richards posed in the middle of her friends wearing black leather pants and platform-style boots, but upon first glance, several fans wondered where in the world Kyle Richards was.

Richards’ holiday post received a lot of commentary from her followers. Some shaded the Bravo star and her besties for flaunting their pricey Birkin handbags front and center. Others called out the mom of four for the maskless outing and noted, “Hope the new covid variant doesn’t ruin your holidays.”

But others zeroed in on the post as they wondered why Richards looked so different. Several questioned if she was even in the photos.

“Is Kyle in this pic?” one fan wrote in the comment section.

“I am not convinced it’s Kyle in the first pic,” another agreed.

“Kyle is that you in the center?” another asked.

“I literally spent a few minutes trying to find Kyle in this pic,” another fan revealed. “I finally remembered to click the tags. So she’s the one in the middle? I genuinely couldn’t place her, looks NOTHING like her.”

Richards responded to the commenter and agreed that she did not look like herself in the photo.

“I would agree,” Richards responded. “Odd photo but it’s all we had.” 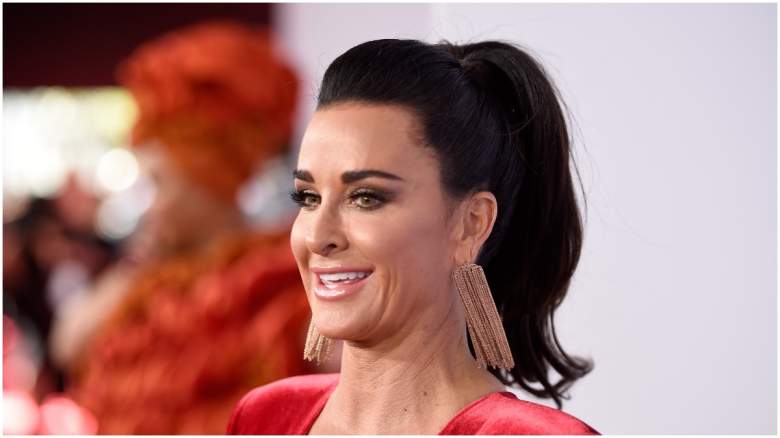 Although Richards chalked up the Christmas photo with her friends as an “odd” one, she has been honest about what she has – and hasn’t – done to her face. Earlier this year, she told fans that she has rhinoplasty after she broke her nose while making the movie “Halloween Kills.”

“Since so many of you were speculating what I did or did not do to my face… here is your answer. I fixed my nose,” she wrote on her Stories, according to BravoTV.com.  “I broke it last September and the bone poking out bothered me. So I fixed the bone, fixed my breathing problems and refined the tip.”

She also recently revealed to In Touch Weekly that she is “not looking to have any other surgery” and that she even stopped getting Botox when she revived her acting career because she wants to be able to move her forehead in movies to “show expression,” according to the Daily Mail.

But there’s no denying that Richards looks very different from when she made her debut on “The Real Housewives of Beverly Hills” more than a decade ago—and one of the most noticeable changes is her smile. In a 2018 Instagram post, the RHOBH star revealed that she went to celebrity dentist Dr. Michael Apa to improve her smile with veneers.

“If you look through my Instagram you’ll see I always smile with my mouth closed,” she wrote at the time. “No, my teeth weren’t bad. But they were smaller and didn’t show enough when I smiled and it bothered me.”