Lala Kent made a big business deal– and it involves a “Real Housewives’ star.

In June 2021, Kent, 31,  announced that she was expanding her Give Them Lala Beauty line to include skincare, according to Bravo.com. The cruelty-free Give Them Lala Skin line features eye creams, moisturizers, lip and sheet masks, and cleansing products.

On her Instagram story, Kent reshared a post that teased that Give Them Lala Skin “now has a home at @heathergay mothership, Beauty Lab in SLC, UT.”

A post shared by Give Them Lala Skin (@givethemlalaskin)

Lala Kent was born and raised in Salt Lake City, where she was known as Lauren Burningham, but she moved to Los Angeles when she was in her early 20s.

In a Reddit thread that shared the news of the addition of Kent’s skincare products at the RHOSLC star’s place of business, some fans speculated that it could be the first step in Kent making a move to the Housewives franchise that stars Gay, Meredith Marks, Jen Shah, Lisa Barlow, and Whitney Rose.

“And Meredith Marks is carrying Give Them Lala Beauty at her store now,” one Redditor noted of Kent’s products, in reference to another RHOSLC star’s SLC boutique.

“I wonder if this is her way into housewives?” another speculated of Kent. “Maybe bravo is pushing them to sell her products?”

“I wouldn’t be surprised if [Lauren from Utah] tries to be cast on rhoslc. She might start as a friend of the show,” another agreed.

Others weighed in on Kent as a potential Housewife. The Bravo star has had no problem holding her own on “Vanderpump Rules,” and in season 9 she was a major pot-stirrer, but some questioned if she could handle the pressure of the Housewives drama.

“If she joins Housewives I’ll have to stop watching,” a Reddit user wrote. “She is not Housewives material. But it would be nice to see her a** get handed to her by a housewife lol.”

“If she joins SLC, she will not get her a** handed to her, especially if Jen [Shah]  leaves,” another wrote. “The other women are too soft.”

Fans know that Kent has already been on-camera with the RHOSLC cast. During the show’s first season, she and her “Vanderpump Rules” co-star Katie Maloney-Schwartz attended Jen Shah’s party when they were in town for a Sundance movie premiere. 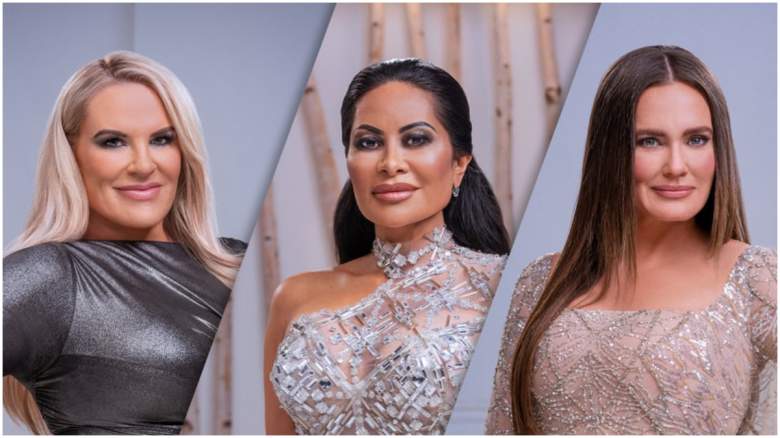 Kent has already been on the fence about returning to “Vanderpump Rules” should the show get picked up for a 10th season. On a December 2021 episode of  her “Give Them Lala” podcast, she reflected on her six years on the Bravo reality show and questioned, “Is this the space for me anymore?”

But Kent has also talked about joining the Real Housewives franchise in the future. When she was still in a relationship with her now ex-fiancé, film producer Randall Emmett, Kent told People NOW it would “be so much fun” to be a Housewife.

When Emmett asked, “So, this doesn’t end after ‘Vanderpump [Rules’]?” Kent replied, “No, we keep going.”

Kent added, “I’ve always loved ‘Real Housewives of Beverly Hills.’ I  think it’s epic. So, to be a part of something like that and having a ‘Vanderpump Rules’ starter kit as my training … yeah that’d be epic.”

Two months after splitting from the Bel Air-based Emmett, Kent also dished on joining “The Real Housewives of Salt Lake City.”  In December 2021, Kent told the “Not Skinny But Not Fat” podcast that she would “love” to join the cast of the reality show set in her hometown.

“I would love to do [Real Housewives of Salt Lake City],” she said. “Take me back to my roots. … But I just think the age is [an issue]. You have to think about, do you have things in common with these people? Just living in the same area is not like a [commonality].”

“If they were to say to me, ‘We would like to transition you into this’…yes,” she added. “Because I’m all about my future and what’s going to get me to the next level.”

Loading more stories
wpDiscuz
0
0
Would love your thoughts, please comment.x
()
x
| Reply
The 'Vanderpump Rules' star has teamed up with a Real Housewife.