Stars from “Real Housewives of Beverly Hills”  and other “Housewives” franchises posted to social media to react to the news of the Rinna matriarch’s death at age 93 following a stroke she suffered last week. In a heartbreaking post shared on Instagram, Lisa Rinna revealed that she was by her mother’s side as she was “transitioning.” Lois passed away on Monday, November 15.

Rinna previously revealed that her mother had a stroke in 2013 and had to learn to walk and talk again. In the years since, fans saw the nonagenarian dancing with her daughter in Instagram videos, and she became a fan favorite on RHOBH.

Lisa Rinna announced the news of her mother’s death on social media.

Rinna’s daughter, Amelia, also shared a slideshow of photos from Lois’ life on Instagram. She captioned the photos to describe her late grandmother as her “guardian angel for the rest of time” and praise her for being the “strength” their family needed.

Stars from the “Real Housewives” franchise posted messages of condolence to Rinna and her family.

“Sending so much love to you and your family,” wrote RHOBH star Kyle Richards. “We LOVE Lois, Heaven has a new angel and you have a guardian angel.”

“She’s resting peacefully in heaven. Love to you and your family,” added Sutton Stracke.

Co-star Crystal Kung Minkoff shared a quote from Helen Keller: “What we have once enjoyed deeply we can never lose. All that we love deeply becomes part of us.”

“So sorry for your loss. Sending you lots of love,” fellow RHONJ star Teresa Giudice wrote.

“Sending love to your whole family. And a lot of gratitude for introducing us all to Lois,” wrote Bravo host Andy Cohen. 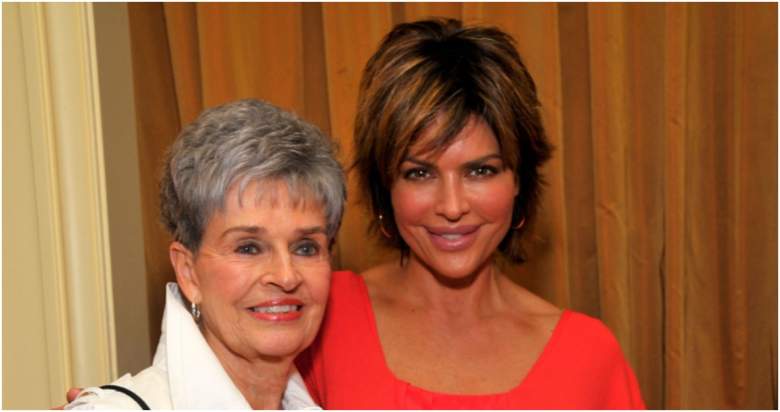 Lois appeared in 10 episodes of “The Real Housewives of Beverly Hills” over a seven-year span, according to IMDb. Some of her cameos were via archival footage, but she did log some extended scenes on the Bravo reality show.

In a memorable 2019 cameo, Lois stunned her daughter’s co-stars and RHOBH viewers when she opened up about a terrifying ordeal she suffered in the 1960s.  Lois revealed that as a young woman she was attacked by David Carpenter, who would go on to be nicknamed the Trailside Killer, People reported at the time.

Carpenter murdered multiple people on the hiking trails in Northern California in the 1970s and ‘80s, but in the early 1960s, he attacked Lois after she got into his car.

An alert military policeman who had followed Carpenter’s car down a deserted road saved Lois’ life three years before she gave birth to her daughter Lisa.

Loading more stories
wpDiscuz
0
0
Would love your thoughts, please comment.x
()
x
| Reply
The 'Real Housewives of Beverly Hills' star received messages from her co-stars following the death of her mother.