Lisa Vanderpump clapped back at her former “Real Housewives of Beverly Hills” costars in a new interview.  While promoting her upcoming series “Vanderpump Dogs” in an interview with Entertainment Tonight, the restaurateur made it clear that the new show won’t focus on the employees at her dog rescue but will instead be about the dogs themselves. She then described the PuppyGate drama that took place in her final season of RHOBH as an “unfortunate” situation.

Vanderpump famously butted heads with Dorit Kemsley, Teddi Mellencamp, and Kyle Richards after Kemsley’s Vanderpump Dogs rescue pup, Lucy Lucy Apple Juice, was given to a shelter. The storyline dominated the ninth season of the Bravo reality show and fellow co-star Lisa Rinna later accused LVP of using the “RHOBH” drama to “service” a dog-themed spinoff for herself. 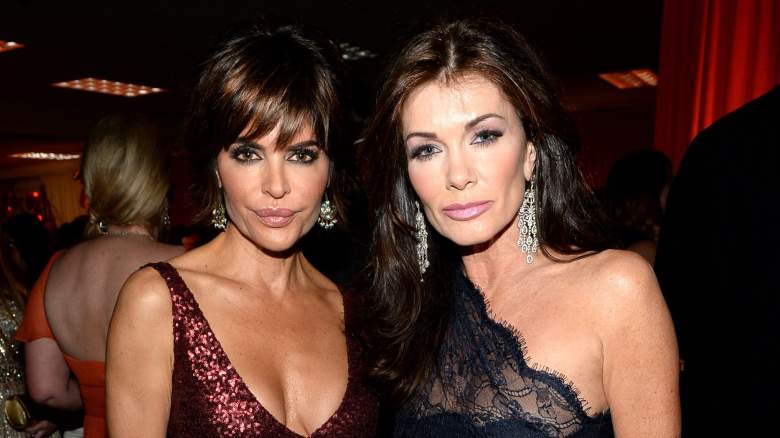 GettyLisa Rinna and Lisa Vanderpump in 2013

After Vanderpump exited “RHOBH” in 2019, Rinna addressed the ongoing puppy storyline and her suspicions that it was part of a larger plan. The QVC pitchwoman told her fans that if the “RHOBH” cast had indeed been “servicing a spinoff, we should be paid for it.”

“If you are going to use our services without telling us — that we are playing out a storyline to launch a pilot for a new show and you don’t compensate us extra for that — yeah, I’m a hustler. I get paid for what I do,” Rinna wrote on Instagram at the time, per E! News.  “So, if this indeed becomes another show, my lawyer will be calling.”

Mellencamp also weighed on the possibility of a future dog-them spinoff for LVP.” Wouldn’t that be convenient? Really,” she told Us Weekly. “I wonder why they based a whole drama about a dog!”

Once “Vanderpump Dogs” was announced, Rinna noted that she “was right all along” and that everyone “lied” to her face about a spinoff.

Vanderpump addressed Rinna and Mellencamp’s claims in the new interview and questioned if the cast also deserves a paycheck for her dinner party series, “Overserved.”

“Well, does everybody — do they deserve a check for ‘Overserved as well?” she said. “Because that was [also filmed] at my house. What’s that got to do with anything? You know, I don’t know who says that. I have fond memories of Beverly Hills Housewives. My favorite tagline was, ‘I’m passionate about dogs, just not crazy about b*tches.'”

Vanderpump also spoke out about her recent run-in with Kyle Richards at Shu Restaurant, where Vanderpump playfully sent her tab over to a table that Richards shared with a “RHOBH” producer. The SUR owner noted that she left her credit card information with the restaurant in case the producer declined to pick up her check. She then left the restaurant and autographed a fan photo by X-ing out her former “Real Housewives” costars’ faces on the pic and putting mustaches on some of them.

Vanderpump accused Richards of making the incident about her by talking about it on podcasts. She noted that the “paparazzi guy” loved how he signed the pic and was “so excited,” and that “he’s probably going to sell that picture for a fortune, as they always do.”

“Just another attempt to try to malign me,” Vanderpump said of Richards. “Like she said, I dined and dashed. That’s why I had to show the receipts of my bank account. Now there you have it.”

As for why Mellencamp received a special three X’s through her body on the pic, Vanderpump told ET, “Oh, well, I think you know the answer to that.”