In an interview on Wendy Williams’ talk show, Margaret dished that her book addressed her childhood in the 1970s as well as her family life before she joined the Bravo reality show–including a biological son she rarely speaks publicly about.

“Everybody knows 25, 30 percent of my life,” Margaret told the talk show host. “I have a natural-born son people don’t know about. Everybody always thought I never had children but I have my own son.” 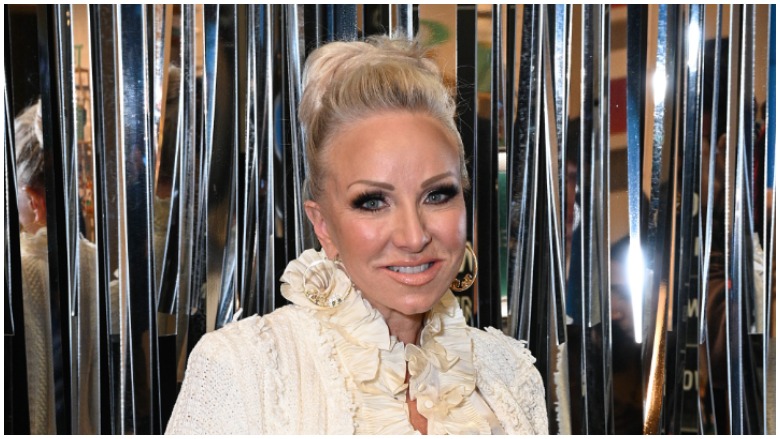 GettyMargaret Josephs is spotted at the TRESemmé Salon during NYFW: The Shows at Spring Studios on February 11, 2020 in New York City.

Margaret was married to her first husband, Jan Josephs, for nearly 20 years, from 1994 to 2013, before she had an affair with her current husband Joe Benigno,  per People. It was during her marriage to Jan Josephs that she had a biological son whom she gave birth to in 1996, according to Distractify.

In New Jersey Superior Court documents obtained by Radar Online, it was revealed that Margaret and Jan shared custody of their son following their 2013 divorce. The court docs stated that the exes were ordered to make certain that their son “shall spend reasonable time with both parties,” and that “all holidays and vacations shall be divided and/or alternated on an equal basis.”

Margaret’s residence was named as the teen’s primary home, and no child support was ordered. Instead, the former couple split all of their son’s costs equally, including payments on his car and his college expenses.

When Margaret married Jan Josephs, she was in her mid-20s and her older husband was already a father of three. Margaret helped raise Jan’s three children, alongside the couple’s biological son. But following her affair with Joe Benigno, Margaret’s stepkids distanced themselves from her.

In an interview with People, Margaret Margaret revealed that her stepchildren were “in their 30s”  when she divorced their dad, while her biological son was 15 at the time. She also admitted that her stepkids held a “grudge” over her infidelity and that some of them stopped speaking to her.

“I know in my heart we’ll find a way back to one another,” she said. “I’d die over them. It’s an ache no one can fill. It’s heart-wrenching. They were my whole life. We had every Sunday dinner, bar mitzvahs… Not knowing what they’re up to, it’s so weird.”

Margaret has defended her family on social media, where she has said she considers her stepchildren to be her own.

“I have a biological son that everyone on the cast knows about and we are very close,” she wrote on Twitter. “So please stop with the sweeping false statements about my ‘real children,’ my stepchildren are also my children I raised them.”

She added that she respects all of her adult childrens’ wishes to lead private lives out of the RHONJ spotlight. “All my children are close with each other. My son is very close to me,” she wrote.

Loading more stories
Margaret Josephs opens up about her son.