Two Real Housewives of Beverly Hills husbands could have a TV show in the works—and it will put the “real” in real estate.

According to an Instagram post from Bravo gurus Two Judgey Girls, RHOBH hubbies Mauricio Umansky and PK Kemsley will team up to star in a reality show set at a new branch of the real estate firm The Agency set in Mayfair, London. The show, which is reportedly still in the pre-production and casting stages, is slated to film this fall in the U.K.

Bravo fans know that Mauricio, the husband of RHOBH veteran Kyle Richards, made his fortune in real estate and is the CEO of the luxury brokerage firm The Agency, which he founded in 2011, per his bio. But apparently, PK, the spouse of  Dorit Kemsley, will be the CEO of the London firm.

You can see the post about the reality show below: 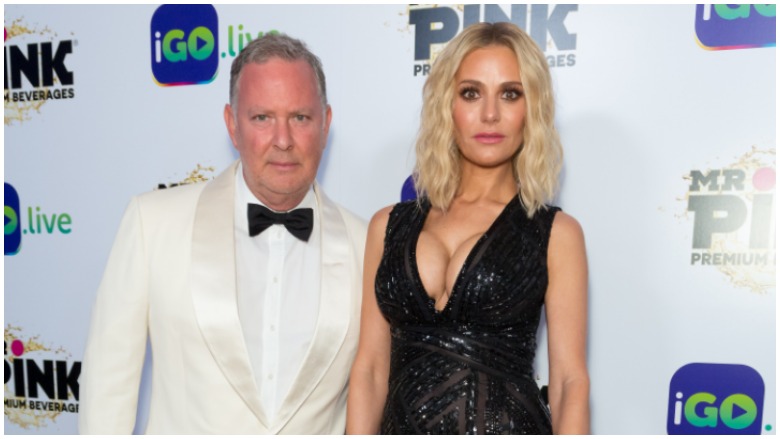 Adding major fuel to the rumor is the fact that Kemsley has announced he is opening a real estate firm in the U.K.  The businessman took to Instagram to confirm that he is dabbling in real estate once again after stepping away from it for more than a decade.

“I’m opening an Estate Agency in London,” Kemsley wrote. “For those of you that don’t know, I operated globally in Real Estate for 25 years … I’ve had 11 years off, and now I’m going back to work.”

He also teased the reality TV tie-in and revealed he is looking for interesting agencies to join his show. “A major TV network in the UK has signed to cover this new business, as a constructed reality series,” he wrote. “All my friends will be involved.”

Kemsley added that he was looking for a “different” breed of realtor and not “the  typical agent” with “corduroy trousers, old-fashioned views.”

Kemsley’s followers may recall that he previously posted a casting call on Instagram but claimed he was “not allowed to say any more.” He also teased that he would be “spending some more time in London,” which is far, far away from his wife’s home base for the Real Housewives of Beverly Hills.

The RHOBH Couples Recently Spent Time in Las Vegas Together

Real Housewives of Beverly Hills viewers have seen glimpses of Kemsley and Umansky’s playful relationship over the past few years. In 2018, Kemsley even hired Umansky to sell his family’s mansion, according to Page Six.

But the guys’ relationship is not all business. Umansky and Kemsley are often the life of the party. Fellow RHOBH star Lisa Rinna event commented on  an Instagram video of the two pals dancing, “You two need your own Vegas act or reality show, I’m thinking.”

Interestingly, the Kemsleys and Umanskys recently spent time together in Las Vegas, where the men hammed it up on camera as their wives danced in the background, as seen on Instagram. It’s unclear why the foursome traveled to Sin City together or if the trip will be featured on the upcoming 11th season of The Real Housewives of Beverly Hills.  But with any luck, they’ll soon travel to London and film scenes for a future reality show featuring The Agency owners and their families.