Meredith Marks may live in snowy Salt Lake City, but she’s taking some heat for her recent photos. The “Real Housewives of Salt Lake City” star shared a  pair of glam photos on her Instagram page, and fans couldn’t believe how different she looked.

In the pics shared on her social media page, Marks, 49, rocked a longer hairstyle and looked flawless as she posed in a glamorous gold gown while sitting on a leather chair. She captioned the pics with a simple, “Saturday vibe.”

But some fans felt the vibe was all wrong and accused Marks of using a photo editing app to enhance her appearance.

Fans hit social media to react to Marks’ photos. A few followers zeroed in on the Real Housewives star’s dress and asked her why she didn’t wear the glittery gown to the RHOSLC reunion instead of the feather-sleeved pantsuit she was photographed wearing to the taping.

But other fans weighed in on Marks’ face, with many of them noting that she didn’t look at all like herself in the snaps. Some felt she looked like one of the Kardashian-Jenner sisters.

“Looks like a combination of Khloe and Kendall,” another wrote.

“She is such a beautiful woman. Why does she filter herself to this extent??” another fan wanted to know.

In a Reddit thread devoted to the topic, commenters called out Marks for her photo edits.

“Her talking heads and intro look NOTHING like her IG photos. She looks like she’s in her 30s on Instagram,” a commenter said of the 49-year-old Bravo star.

“Like did she have her entire face reconstructed?! another asked. “It’s not even the same person!”

On Twitter, a RHOSLC fan retweeted the pic of Marks and wrote, “I couldn’t tell you who this person is. I genuinely thought they released [Mary Cosby’s] replacement … [Meredith Marks] can we not encourage people to entirely facetune their faces to the depths of hell.”

While some debated the possibility that Marks used fillers and other cosmetic procedures on her face, another commented, “Nah this is straight up face app. You can tell because they always have the same face.”

Meredith Marks’ RHOSLC Co-Star Called Her Out For Using Facetune 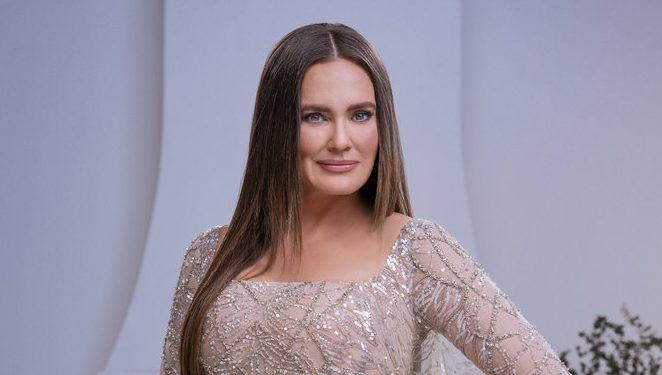 The unrecognizable photos of Marks were posted less than a week after her “Real Housewives of Salt Lake City” co-star, Jen Shah, called her out for editing her pics. According to Queens of Bravo, on the January 9 episode of the Bravo reality show, Shah said of Marks, “You’re an evil a** b**** that is pissed off because her membership at Facetune ran out.”

Marks hasn’t addressed the recent Facetune speculation, but in the past she has talked about procedures she has done. In an December 2020 Instagram Q&A, she told fans, “I have not had any plastic surgery on my face,” per BravoTV.com, but she admitted to one procedure.

“I do like a little bit of Botox,” Marks admitted. “But it needs to be done properly. You see, I have movement.” The RHOSLC star also confirmed she is “not a fan of filler.”